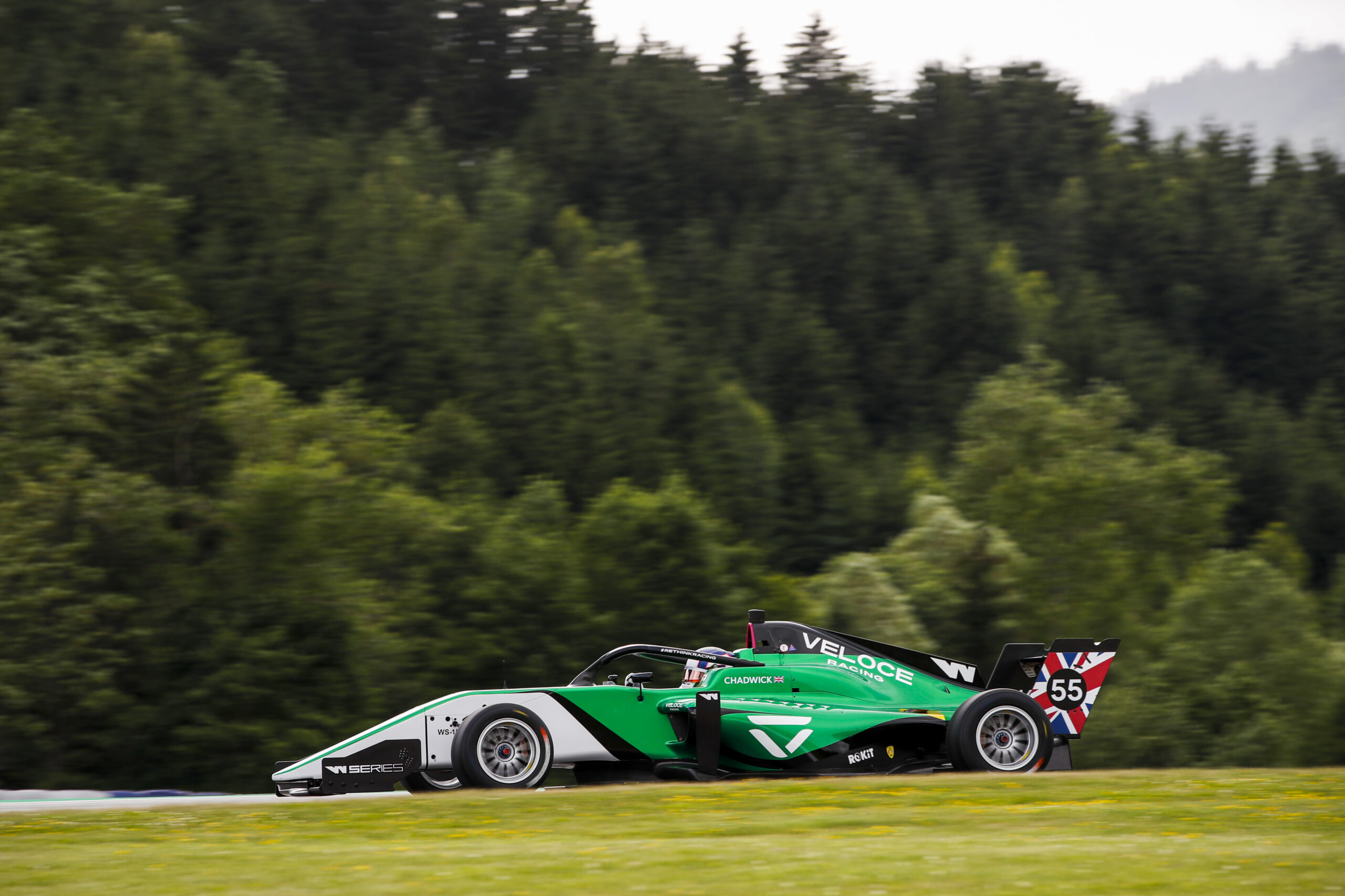 The 2021 W Series season got underway this weekend (25-26 June) at the high-speed Red Bull Ring in Spielberg, Austria. Reigning champion Jamie Chadwick lined up alongside Brazilian rookie Bruna Tomaselli as Veloce Racing made its foray into single-seater racing for the first time.

Qualifying was held on Friday afternoon in the Styrian countryside but was far from straightforward for the fledgling W Series outfit. Chadwick was in the hunt for pole from the outset, setting eye-catching lap times throughout the session. However, a cracked pipe put pay to her efforts and meant she would spend the remainder of qualifying on the side-lines, with a time good enough for eighth place.

Tomaselli, meanwhile, acclimatised to a new series and team with ease, swiftly getting up to speed and qualifying just outside the top ten with the 11th fastest time.

Almost as soon as the lights went out in Spielberg, drama began to unfold. The reigning champion was swiftly on the attack making up ground on the opening lap, as the field reached turn one on the second tour, disaster stuck. Racing X’s Jessica Hawkins locked up under braking, careering into the back of Chadwick, leaving the 23-year-old facing the wrong way, and tumbling down the order.

Chadwick re-joined in 16th position with the bit between her teeth, recording the fastest lap of the race so far and setting about closing the gap to the #3 driver of Gosia Rdest. Once she had bridged the gap to the Pole, she made several lunges up the inside of the first corner as the pair battled it out lap after lap.

Further up the order, Tomaselli was embroiled in a tooth and nail battle for a place inside the top ten, putting everyone firmly on the edge of their seat going three abreast into turn three. Ultimately, she conceded the positions and dropped to 11th, before settling into a rhythm and held station comfortably.

At two-thirds race distance, the safety car was deployed to ensure Marta García’s stricken Puma car could be recovered safely. At the restart, Chadwick was all fired and looked to take advantage as chaos ensued further up the grid. Contact for Tomaselli at turn three spelt disaster for the Brazilian who subsequently fell down the timesheets, while sensational race craft amid the carnage helped the reigning champion Chadwick navigate her way to a seventh-place finish on the road.

Hawkins was eventually dealt a 30-second post-race penalty following her early contact with the Veloce car, this elevated Chadwick and Tomaselli to sixth and 11th respectively.

“I’m feeling mixed emotions after that race. Firstly, I’m happy to get points on the board but massively disappointed at the same time, I had a really good start and first lap but then got spun around.

“We got a bit lucky with the carnage that unfolded after the safety car but I think it was damage limitation today given the circumstances we found ourselves in. Our potential was much more than that this weekend. Luckily there isn’t long to wait so we’re already looking ahead to the next race.”

“From my side, I think the race was good. We were fast at the beginning to the middle of the race but at the restart, someone touched my rear and it put me out of the fight, these things happen. I know I was quick, and I know where I can improve to help bring better results, so I will try to be more consistent for the next race.”

“That was an entertaining race for the neutral but very stressful for Veloce! Jamie had an excellent start and pulled some blinding moves to progress on the first lap but was very unlucky to be punted out to the back.

“It looked likely there is still a straight-line speed issue which makes her recovery from last back to sixth even more impressive. We will get things fixed for next weekend and we’re excited to put our best foot forward.

“Bruna also showed her raw speed and with some more racing experience under her belt, we have every confidence in her ability. It’s great to see the W Series back in action at an F1 weekend and it’s certainly going to be a season of attrition based on today’s race.”

The drivers will have little time to catch their breath as W Series returns for the second instalment of the Austrian double-header in just seven days (3-4 June), Chadwick and Tomaselli will no doubt be looking to build on their promising pace from the opening round.