By Russell Atkins19th May 2017NEWS 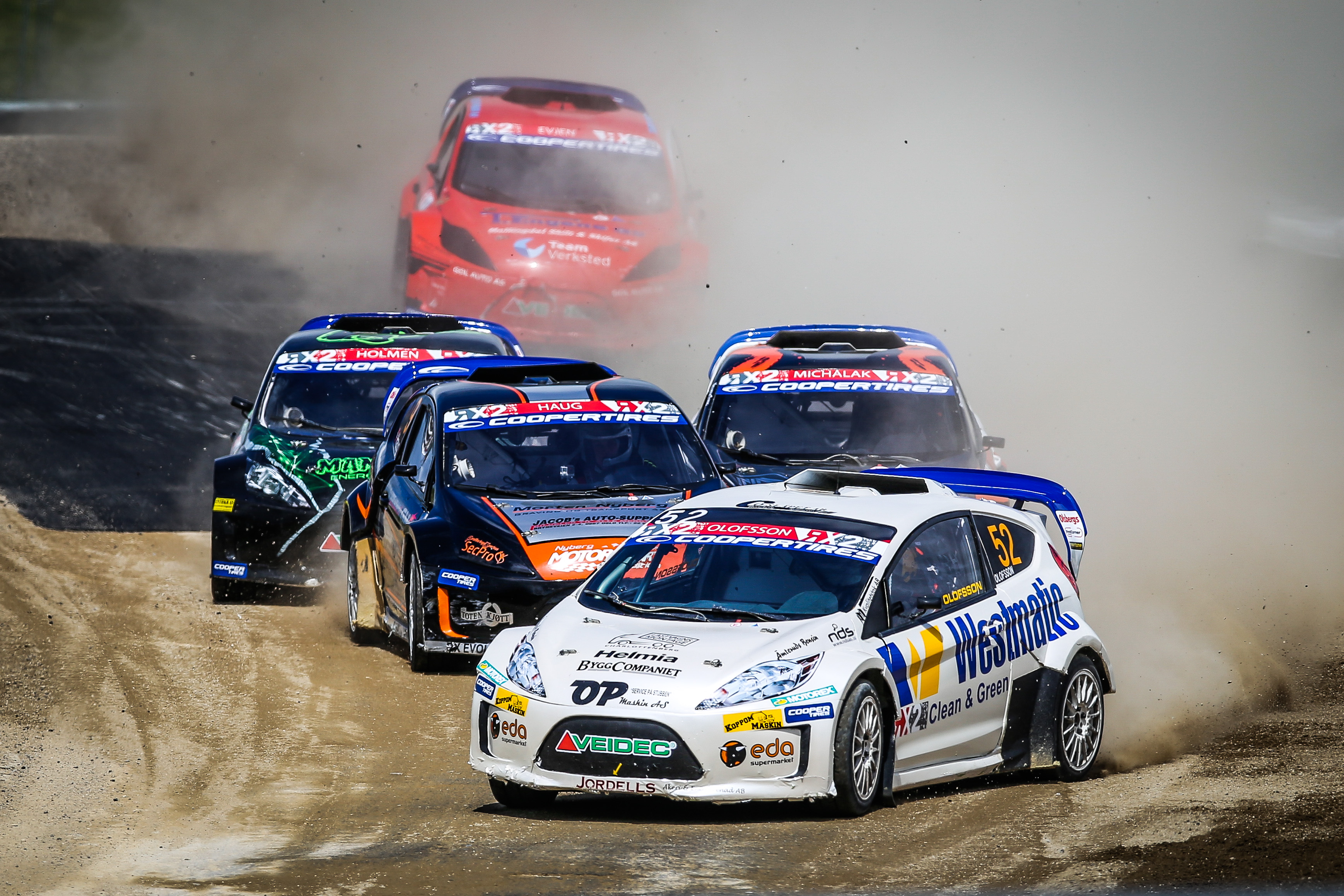 Lydden Hill – the legendary birthplace of rallycross – is set to stage its final world championship event for the time being next weekend (27/28 May), and the stars of the burgeoning RX2 International Series presented by Cooper Tires are revving up to give the British circuit a spectacular send-off on the sport’s 50th anniversary.

Rallycross was officially born at Lydden Hill on 4 February, 1967, and the discipline is now the fastest-growing form of motor sport on the planet, with capacity crowds pouring through the gates at every FIA World Rallycross Championship event. Next weekend is expected to be no exception, especially as it will mark the last time the series travels to the iconic Kent venue before switching to Silverstone next year.

The 16 RX2 competitors are all eager to write their names into the record books at the sport’s historic home, and arguably the most fired-up to lift the laurels will be young British hope Dan Rooke, who will arrive as joint championship leader following an eye-catching RX2 debut at Mettet in Belgium last weekend that saw him firmly in the mix for victory.

The 19-year-old West Country ace is sure to enjoy plenty of partisan support, and he is keen to repeat the success that he scored last year, when he went unbeaten at Lydden en route to the MSA British Rallycross Championship Supercar spoils.

“It will obviously be a special weekend, but in truth, I’ve just got to tackle it like I would any other race meeting,” he explained. “If I start thinking too much about it being the last event at Lydden and the home crowd, I will only put more pressure on myself. I need to push all that to the back of my mind and simply focus on the job in hand, and of course I would love to win – or at least finish on the podium.

“I received massive support there last year when I made a one-off appearance in RX Lites, and to return as the reigning British Rallycross Champion will be a great feeling. I’m looking forward to performing in front of the British fans again, and I know there’s a big group coming up from Devon – at least one minibus load if not two!

“I love Lydden. It’s quite a fast-and-flowing track and knowing it so well, I might have a bit of a head-start to begin with but we saw at Mettet just how high the calibre is in RX2 this year, so I’m sure it won’t take long for the others to catch up and it will be an extremely tough battle. Bring it on!”

Indeed, if Rooke wants to win on home turf, he will need to overcome 15 hungry and fiercely competitive adversaries. Defending champion Cyril Raymond produced a remarkable recovery effort in Belgium to fight back from a variety of qualifying race dramas and go on to win the final, meaning he arrives in Britain level on points with his English rival at the summit of the standings.

Simon Olofsson, too, is sure to be a significant threat. The 22-year-old Swede dominated at Mettet right the way up until midway through the final, and looked odds-on to complete a superb weekend by becoming RX2’s first winner until a puncture and subsequent collision dashed his hopes of scooping the silverware – leaving him determined to bounce back.

Like Olsbergs MSE team-mate Raymond, fellow podium-finisher Tanner Whitten had to dig deep in Belgium following a troubled start to the event, while there were flashes of form from a whole host of other drivers throughout the field – suggesting that the action is likely to be even hotter at Lydden.

Norwegian ace Glenn Haug, Latvia’s Vasiliy Gryazin, Swede Anders Michalak, Belgium’s Guillaume De Ridder and speedy Scandinavians William Nilsson and Sondre Evjen all enjoyed their moments in the sun last weekend and will be looking to build upon their promise and potential in round two. Norway’s Thomas Holmen was quick but out-of-luck at Mettet, and Kenyan teenager Tejas Hirani came within a whisker of making the final following a very solid run.

Fast female Sandra Hultgren was another whose chances were dashed by misfortune, while brother and sister Andreas and Jessica Bäckman both treated the season curtain-raiser as a learning curve after stepping up from karting and will be stronger for the experience next time out. Norway’s Simon Syversen, finally, will be looking to get his campaign off the mark after a fuel pump failure left him with a blank scorecard following an encouraging early run.

The Lydden Hill RX2 action will begin with practice on Saturday morning followed by the opening three qualifying races the same day, with the remaining qualifier, semi-finals and televised final taking place on Sunday.