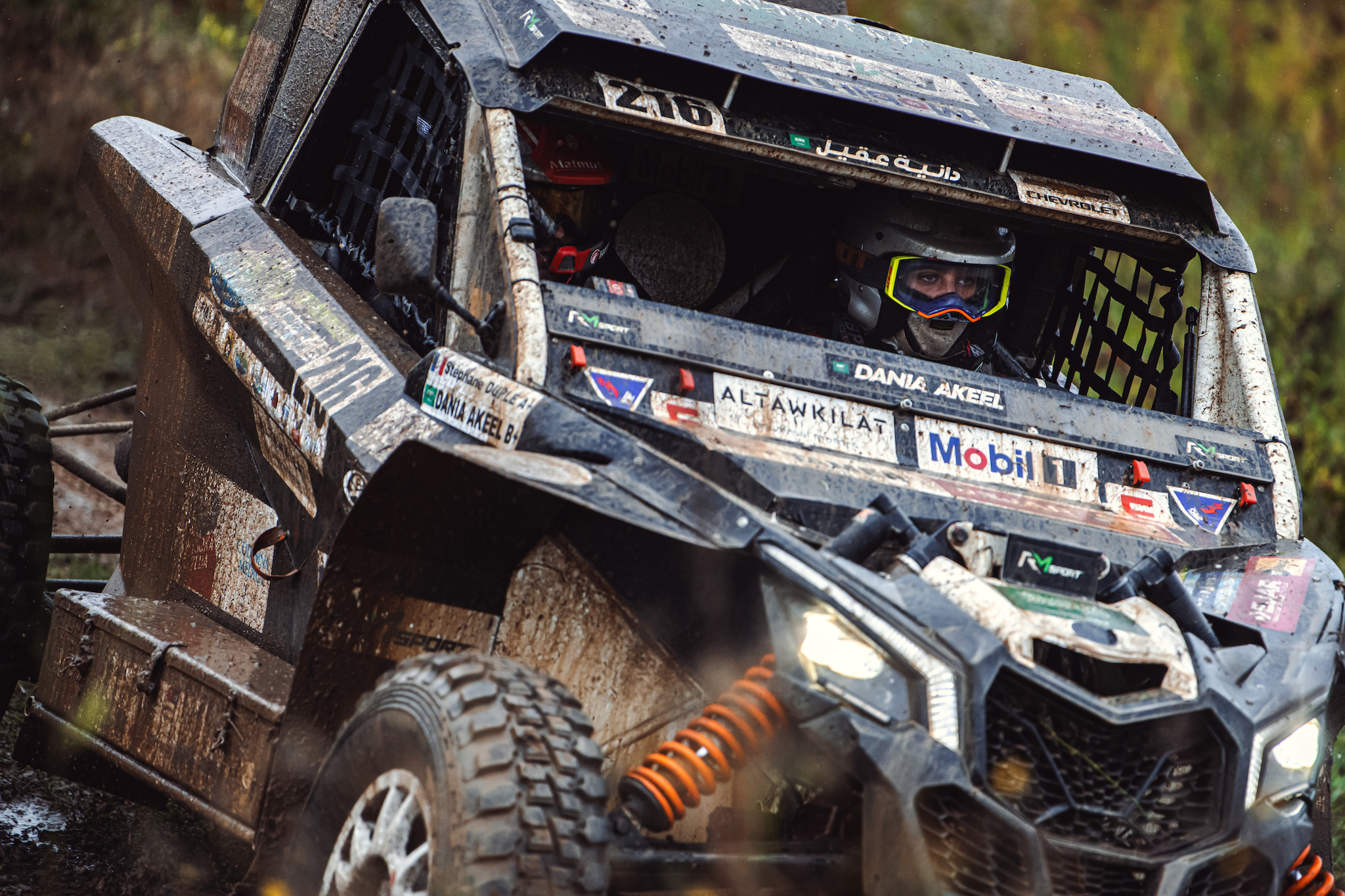 Partnered on this occasion by Frenchman Stéphane Duple in an RM Sport-prepared Mamba side-by-side vehicle, Akeel sealed the podium finish in the town of Szczecin behind experienced Dutchman and T3 winner Kees Koolen and Spanish runner-up Santiago Navarro.

Despite driving most of the final day in muddy and treacherously slippery conditions, the result meant that Akeel was able to extend her lead in the FIA World Cup’s T3 Drivers’ Championship and kept her in contention for honours in the FIA European Cup.

Akeel said: “I am very happy with the finish, P3. It was a really rich weekend. The first day was sunny, dry and fast, so the conditions were favourable, although it was a long stage with over 300KMs. Whereas on day two, Sunday, there were less kilometres but it was very wet with heavy rain. A lot of water everywhere, in the car, in the suit and in the visor. It was a different experience but I had a really good time.

“I am glad I got to experience what everyone tells me about Poland. The sunny and dry weather on Saturday was not the norm. I am happy I got to drive in these difficult conditions.

“My first impression was the drop in temperature. It was cold when we arrived. The forecast was for rainy weather. There is no windshield so that could be difficult. Stéphane and I drove together in Jordan before, and I was happy to be reunited with him. It’s my first full season so I just need to constantly push my limits further and further and understand what the car can and cannot do.”

Held on a defined rural track to the north-west of Szczecin on Friday afternoon, Akeel safely negotiated the opening qualifying stage of 7.33km in 9min 10.2sec and slotted into fifth place in the FIA T3 rankings.

Akeel added: “The Prologue was a lot of fun, but it was challenging. It was the first time I drove over this kind of terrain. It was sandy, but wet and muddy. It was a very defined track with the bump in the middle and the two tyre tracks either side. You have to stay in those lines. It was in the forests, in a contained space and you feel that you are going faster than you are because the trees are constantly passing you by. It was a great atmosphere and brilliant to see so many people engaged with rallying throughout the weekend.”

The opening selective section of 184.05km took place in the nearby military training area at Drawsko Pomorskie and Akeel safely negotiated the demanding test. Akeel reached the end of the day in fourth place after overcoming the even more challenging second pass on the deteriorating stage surface.

“It was a long day for me, but I was happy because I really need to get used to these longer stages before Dakar,” admitted Akeel. “We were faster on the first pass than the second, because we had a delay on the second one. We took a tight right corner in the mud, where a lot of cars had run through, and I made a mistake and we tipped over and lost a few minutes. It was difficult in the dust when we caught some other cars.”

Repeat runs through two shorter selective sections of 9.65km and 17.35km made up the competitive timetable for the final day. Akeel showed steady pace through the first passes, before she climbed to an impressive third on the final loop, securing a well-deserved podium in the process.

“I know how lucky we were on Saturday to have the sun after the rain this morning,” said Akeel. “During the first 10km in the rain I struggled with the poor visibility. Once I accepted the fact that my vision was compromised I actually began to enjoy driving in the mud. As we drove over the muddy terrain water poured into the car, which felt cold, but I quickly became used to it.

“Overall, it has been another great weekend and a fantastic experience. Now, we look forward to Italy next month!”

Akeel’s next Baja adventure takes her to northern Italy and the town of Pordenone in mid-September.