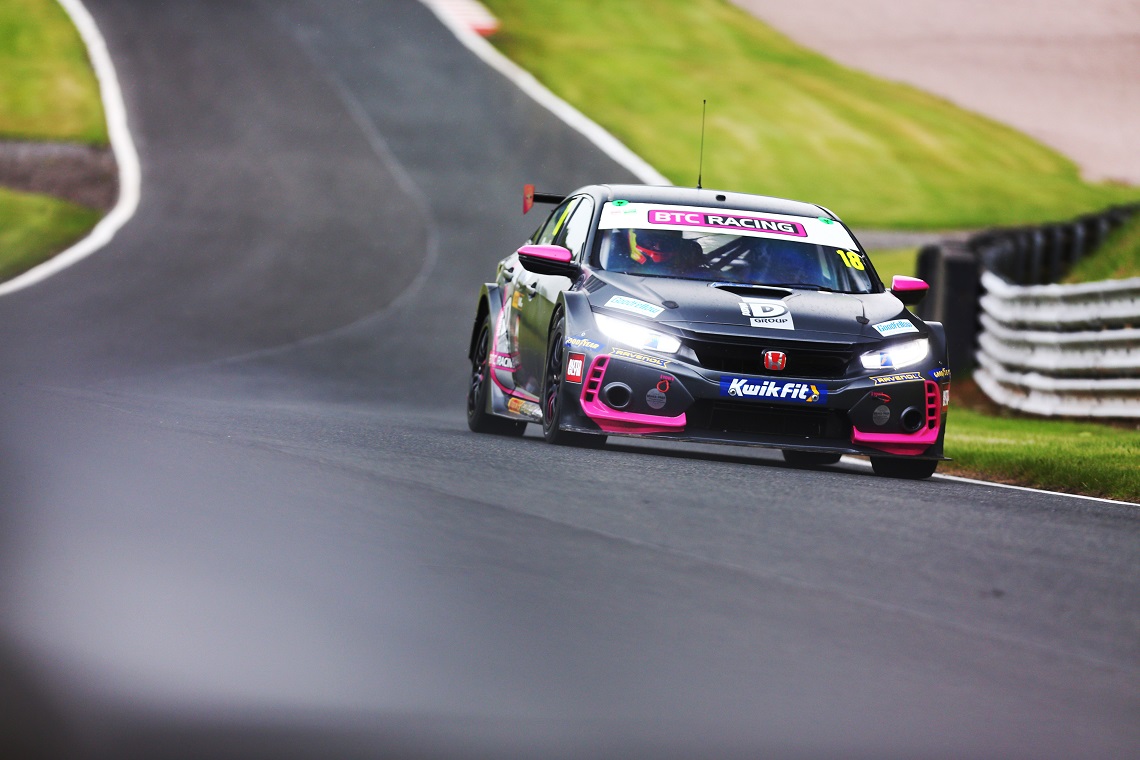 With a total of 27 cars heading out during the two-day event, the fluctuating weather put the field through its paces as frequent downpours plagued the running.

It was the Tuesday afternoon effort of Senna Proctor (BTC Racing) that topped the times overall – with his 1:25.656s benchmark lap remaining unbeaten during the second day.

“To have the fastest time over the whole test is great,” said Proctor. “Throughout the two days we were very productive. We managed to achieve the things that we wanted to get done and we got enough driving in to really validate what we thought we could do and what we thought could make a difference. It’s great to get a handle on that.

“We didn’t do much wet running but from the laps that I did in the wet, the car felt strong then, too. It was good to get that lap in and we did a couple which were a similar time, so we’re happy with the pace of the car. Overall it’s been very confidence-inspiring for heading into the race weekend in a few weeks’ time.”

Gordon Shedden took the day two honours in his Halfords Racing with Cataclean Honda, but it was his lap time from the opening day that rewarded him with second-fastest overall, while team-mate Dan Rowbottom took third on the timesheets.

Fresh off the back of his race three podium at Brands Hatch less than a fortnight ago, Jack Goff (Team HARD. with Autobrite Direct) would occupy fourth, ahead of Adrian Flux with Power Maxed Racing’s Jason Plato, who markedly was the only driver in the top ten to set his best lap on the second day of testing.

Jake Hill showed his strength in the wet as the MB Motorsport accelerated by Blue Square man topped today’s morning session, settling for sixth in the combined result.

Alongside Ingram, notable absentees from the top ten included Josh Cook (BTC Racing), Team BMW’s Colin Turkington and Rory Butcher (Toyota Gazoo Racing UK), although as each team and driver works through their own respective programmes, invariably the tyre test doesn’t provide clear benchmarks in relation to the competitiveness of an outfit.

Joining the fray for the two-day event was James Gornall, who made his series debut just last year. Gornall rocketed his Team HARD. Racing CUPRA Leon into the top ten during the final session of the test and took an overall top 15 finish in his first time out in the new-for-2021 machine.

With the 28 runners completing more than 2,300 laps, and a total of over 5,000 miles of data to utilise, teams and drivers will now have just over three weeks before Britain’s premier motorsport series returns to Cheshire, as Rounds 10, 11 and 12 of the 2021 Kwik Fit British Touring Car Championship are set to take place at Oulton Park on 31 July/1 August.

A full breakdown of lap-times and more can be found here.