SHEDDEN AND NEAL TEAM UP FOR PODIUM DOUBLE IN BTCC FINALE 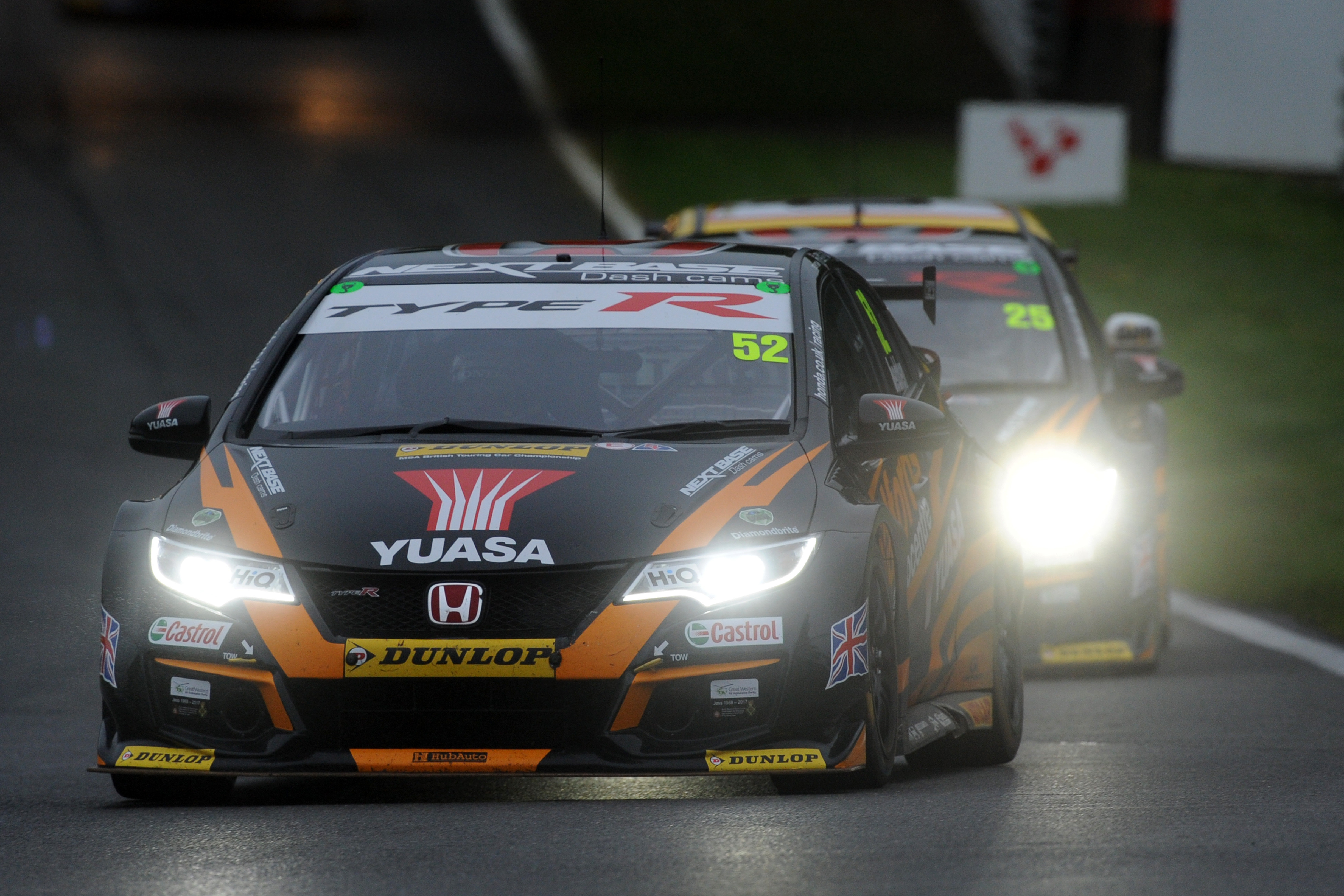 Around the legendary former Formula 1 circuit, Neal qualified sixth on the 30-strong grid, with Shedden – carrying more success ballast by dint of his higher championship position – only three tenths-of-a-second further back, but in a closely-matched field, that equated to just 16th place.

The defending title-holder – still in with a slim chance of retaining his hard-fought crown – produced a storming drive in race one to scythe through the pack on a damp track on slick tyres to seventh at the chequered flag, comfortably posting fastest lap along the way.

Neal struggled more in the tricky conditions and wound up three spots further back in tenth, before both men went on a charge in race two, working in tandem to fight their way to second (Shedden) and third at the chequered flag, in so doing securing Honda’s third podium double of the season.

As the rain returned for the day’s third and final encounter, the pair battled hard with hefty success ballast on-board, with Shedden ultimately flashing across the finish line in sixth and Neal just behind in eighth to cement fourth and seventh positions in the Drivers’ championship respectively.

Halfords Yuasa Racing and Honda won the Teams’ and Manufacturers’ awards for the weekend, to snare second spot in the overall Teams’ standings and third in the Manufacturers’ classification.

Gordon Shedden:
“Qualifying left us on the back foot and with a mountain to climb. It wasn’t a bad run by any means – we were only three tenths behind Matt even with the extra weight on-board, but as expected it was pretty tight. After that, all three races were very enjoyable, with plenty of fun battles. We made a lot of progress in race one – tyre choice was a bit of a lottery, but slicks were definitely the right call – and then the Civic Type R felt fantastic in race two and we were able to really fight our way through. Race three was obviously a disappointing way to finish; we just didn’t get the wet set-up right, which made it hard work. We gave it our best shot and whilst it wasn’t quite enough on this occasion, we’ll come back stronger next year.”

Matt Neal:
“The weekend got off to a solid start in qualifying, which put us in a good position but then race one didn’t go to plan. We struggled in the greasy conditions and we’re not quite sure why. Race two was much better; the car felt fantastic, especially through the quick stuff, where it was really strong. I actually thought we had the legs to go for the win halfway through, but to finish on the podium was still a great result. Unfortunately, we had predicted that race three would be dry so we set the car up accordingly – and then of course the heavens opened! I did my best to help ‘Flash’ in his fight for third in the championship and it certainly got a bit ‘busy’ out there at times. We didn’t quite make it, which is reflective of the season in general – but there’s always next year…”