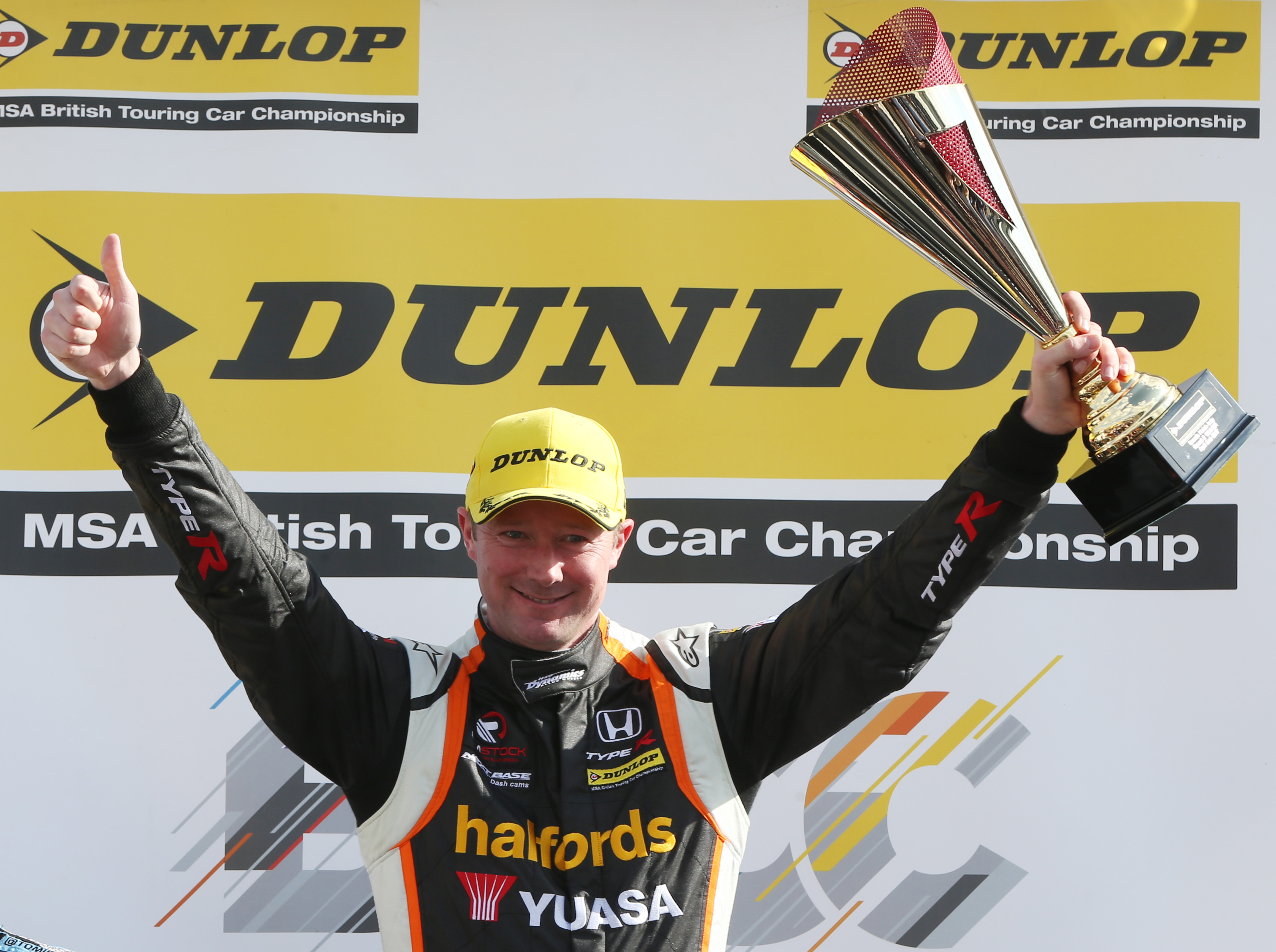 Gordon Shedden and Halfords Yuasa Racing wasted no time at all in stamping their authority on proceedings as the 2017 Dunlop MSA British Touring Car Championship fired into life at Brands Hatch this weekend (1/2 April), with a victory and second-place finish vaulting the Scot immediately to the top of the points table.

Shedden entered the new campaign as the defending champion in Britain’s premier motor sport series, and behind the wheel of Halfords Yuasa Racing’s brace of Honda Civic Type Rs, he and team-mate Matt Neal mastered a tricky, rain-plagued and red flag-interrupted qualifying session to line up third and fourth amongst the 32 high-calibre contenders. Indeed, in evidence of the car’s potential, five of the top ten entries on the starting grid bore a Honda badge.

In the curtain-raiser, Shedden kick-started his title defence in fine style by sprinting to the runner-up laurels, before going one better in race two as he produced a champion’s drive on significant success ballast to snatch the lead early on and thereafter preserve his advantage all the way to the chequered flag. He mastered maximum weight and the less durable soft-compound tyres in race three to secure seventh position from eighth on the grid – and with it a six-point championship lead.

In the sister car, team-mate Neal endured a luckless start with a collision off the line in the opener, prompting a fightback in race two as he scythed his way through the field from 31st to 11th. The three-time BTCC champion maintained that momentum in the finale to snatch a strong fourth place and ensure Halfords Yuasa Racing left Brands Hatch atop the Teams’ standings, with Honda a close second in the Manufacturers’ classification.

“I’ll take those three results any weekend of the year – it’s been a brilliant start to the season. Qualifying was turned on its head somewhat due to the weather, but you have to try to make hay while the sun is shining and the Civic Type R felt great throughout. In fact, it was even better with the weight in race two than without it in race one, which was slightly random – but very encouraging going forward. To win with 66kg in the car was really special. In race three, starting in the middle of the pack with maximum ballast and on the soft tyres was always going to be a struggle; I was hoping for a little more action to kick off in front of me, but we made the very best of the situation. I think this must be my best ever start to a BTCC campaign, so we’re clearly going in the right direction. I’m absolutely chuffed – a very happy Scotsman heading back north tonight!”

“Today gradually got better for me! What happened at the beginning of race one was just one of those things, caused by the difference in starting speed between the front and rear wheel-drive cars. We had a good recovery in race two, although the ultra-competitive nature of the BTCC means you’re only ever going to make up so many places. The final race was then a strong way to finish the day; the Civic Type R felt great and really well-balanced on the soft tyres, but I lost a bit too much time coming through in the opening stages and just ran out of laps to be able to launch an attack on the podium. That was a shame because we definitely had the pace for it, but there’s a long season ahead and the fact that ‘Flash’ and the team in general had such a cracking weekend proves what we’re capable of.”