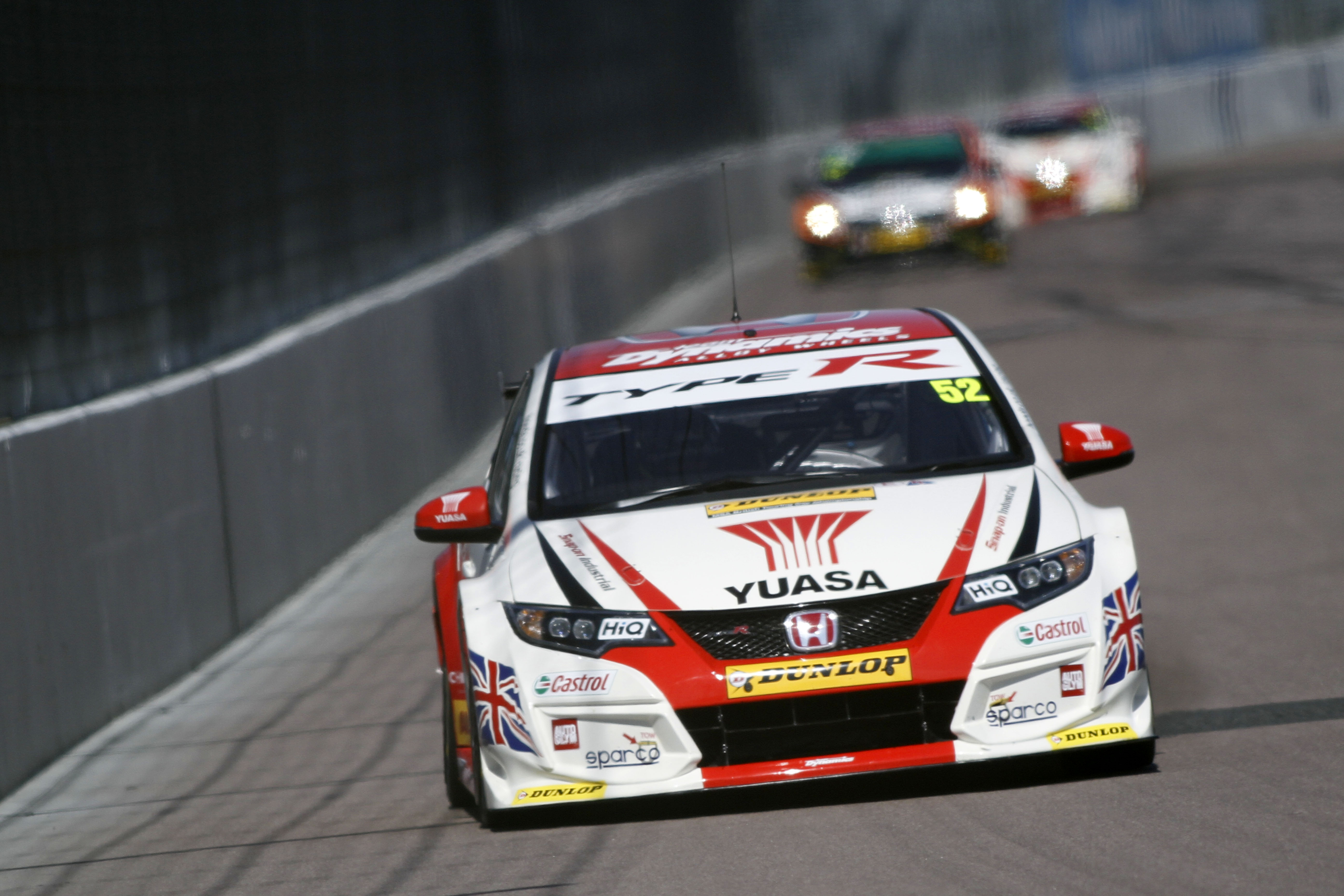 From seventh on the grid following a minor procedural infringement in qualifying, Shedden truly had the bit between his teeth in race one as he scythed past his adversaries to clinch the runner-up spoils, setting fastest lap in the process to secure pole position for race two.

The Scot was peerless as he produced a textbook performance to dominate from lights-to-flag in the weekend’s second contest – posting another fastest lap along the way to snare the full complement of points available – whilst with maximum success ballast aboard his Honda Civic Type R and the less durable soft tyres, he fought doggedly in race three to take the chequered flag a hard-earned eighth.

Neal ran fifth for all bar the last half-lap of the opening encounter, when a late puncture left him to limp across the finish line eighth, but the three-time BTCC Champion battled his way brilliantly from tenth to fifth in race two and wound up fourth in the finale, having kept the leaders in sight throughout.

The results have vaulted Shedden back to the top of the championship table, with Neal well in touch in third as Honda continues to stretch its legs at the head of the constructors’ standings with two rounds remaining.

“I’m dead chuffed,” enthused Shedden, who carries a six-point advantage in the drivers’ classification to Silverstone. “You go into every weekend with high hopes, but to leave Rockingham with 48 points in the bag is fantastic – we really couldn’t have asked for very much more.

“Being relegated three places on the grid for race one put a little bit more fire in my belly, and to work our way through to finish second was great. The set-up was spot-on and we were able to pull off some strong moves – the car felt in really good shape.

“Race two was about as perfect as they come, but funnily enough, race three was almost even more valuable. We came away with eight ‘top-up’ points from a tough situation – laden with ballast, starting down in tenth and on soft tyres around a track that is notoriously hard on them – and those points could ultimately prove crucial. It’s shaping up to be a cracking end to the season!”

“The best way to describe it would be to say it was a steady weekend,” reflected Neal. “We struggled a little bit for front-end grip throughout and couldn’t really put our finger on it, and we kept hovering around the back end of the podium without ever actually reaching it.

“I picked up the puncture halfway around the last lap in race one, which was unlucky but lucky at the same time – if it had happened going through Turn One, I could have lost the car completely. I was happy to salvage eighth in the circumstances. I then got mugged at the start of race two, but it was a lot of fun fighting my way through the pack.

“In race three, the car felt the best it had all weekend, which was surprising given we were on the soft tyres. The Honda has always been renowned for looking after its tyres, though, and I was very pleased to finish fourth. We’re working our way back after the nightmare of Snetterton and three solid scores here have kept us firmly in the hunt.”