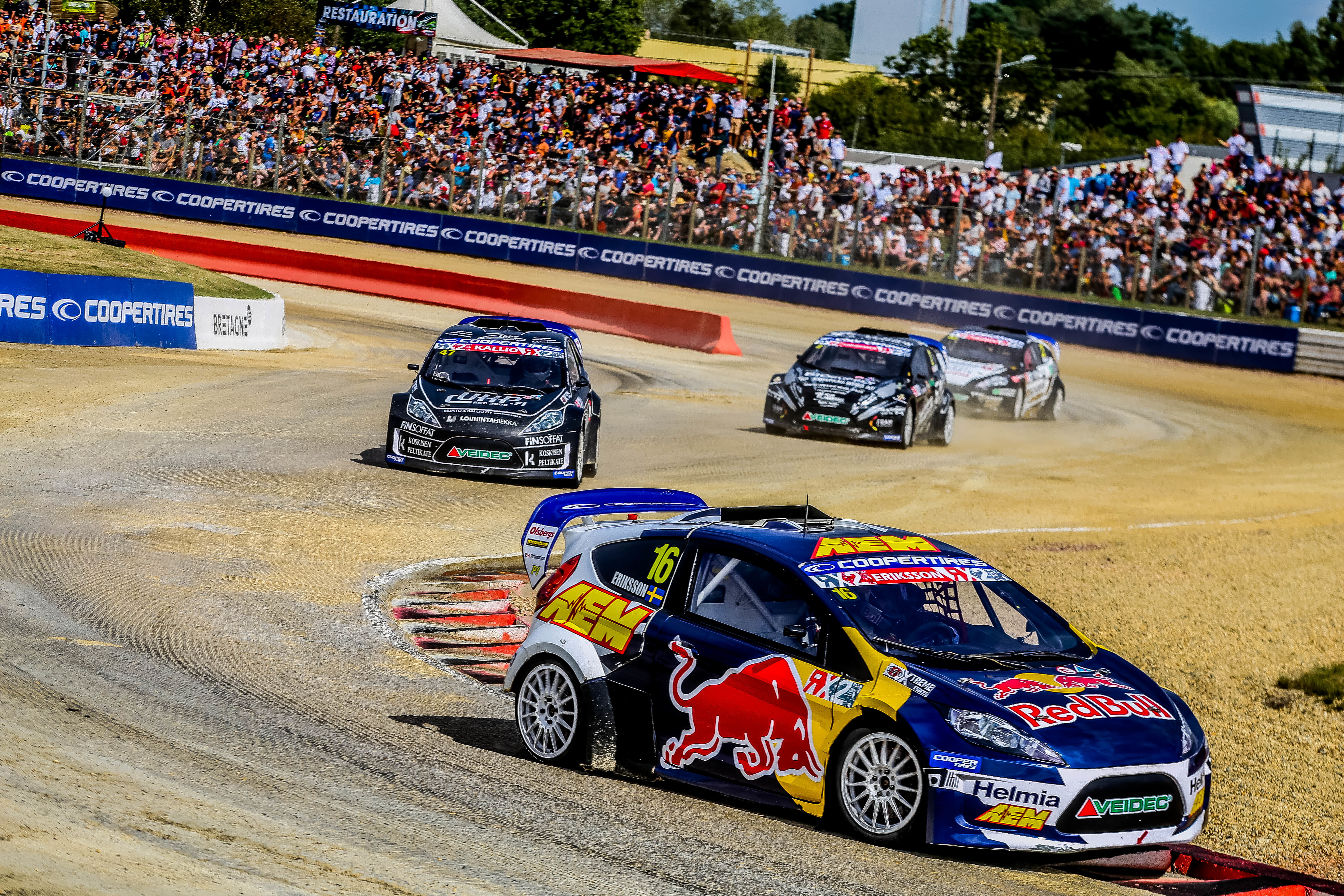 For the second consecutive campaign, Cape Town will play host to the title-decider in the RX2 International Series presented by Cooper Tires next weekend (9/10 November), as Olsbergs MSE team-mates Oliver Eriksson and Jesse Kallio dispute the destiny of the coveted crown at Killarney International Raceway.

This time last year, Eriksson lifted the laurels in South Africa following a season-long duel with OMSE stablemate Guillaume De Ridder – the Belgian having since stepped up to the World Championship stage with the GCK Academy.

Twelve months on, the Swede – four times a winner in 2019 – returns to the ‘Mother City’ once again firmly in contention for championship glory, holding a 21-point advantage over rookie team-mate Kallio in the overall standings, with 30 remaining up for grabs. That means Eriksson could theoretically wrap it all up as early as the qualifying stages – but in rallycross, it is always wise to expect the unexpected…

“It’s cool to be back in Cape Town to fight for the RX2 title for the second year in a row,” remarked the defending champion. “It’s been a tough but very rewarding season so far – I’ve had two very quick new team-mates to keep me on my toes and we’ve achieved some great results, particularly the four back-to-back wins earlier in the year.

“I’ve got a decent margin in the points, but rallycross is nothing if not unpredictable and in this sport, you can never take anything for granted – like last year in South Africa, when an electrical problem put me out from the lead in the final. Hopefully we will have a cleaner weekend this time around, and I can promise you we’ll keep on pushing right the way to the last chequered flag!”

Former Super1600 star Kallio, for his part, has turned heads throughout 2019, with rostrum finishes in each of the opening five rounds and coming within a whisker of registering his maiden RX2 Series triumph at Spa-Francorchamps back in May. The Finn might be the underdog next weekend, but he has promised to put up a stern fight.

“I can’t wait to take to the track at Killarney!” the 20-year-old enthused. “It’s my first time in South Africa, and it’s a fantastic place to finish what for me has been a real whirlwind of a first season in RX2. I’ve learned so much and had a lot of fun along the way, and to take five podiums straight off the bat was far more than I could have expected – particularly given how competitive the field is.

“The most recent round in France was actually the only time I’ve not been on the podium this year, so I’m doubly fired-up to get back up there and spray some champagne next weekend. The title might be a tall order given the points situation, but giving up is not in my nature and I am fully focussed on signing off the season with the only result I’ve not achieved in RX2 so far – victory.”

Fights throughout the field

It is not just the championship showdown that will grab the attention, either, with battles to be fought and scores to be settled right the way down the order. JC Raceteknik’s Ben-Philip Gundersen leapt ahead of OMSE rival Fraser McConnell into third in the classification courtesy of his second win of the season at Lohéac last time out. The Norwegian took the chequered flag first at Killarney 12 months ago, while the popular Jamaican remains in search of his breakthrough series success.

Elsewhere in the high-calibre, 13-strong field, SET Promotion’s Sami-Matti Trogen is another ‘Flying Finn’ well capable of springing a surprise. Sports Racing Technologies star Vasiliy Gryazin is a consistent contender and regular podium threat, while Linus Östlund arrives fresh off the back of clinching the championship runner-up spoils in RallyX Nordic. Ominously, the last time the Swede appeared in RX2 – on home soil at Höljes back in the summer – he reached the rostrum…

The Killarney RX2 action will begin with free practice and the opening two qualifying races on Saturday (9 November), followed by the remaining two qualifiers, two semi-finals and final on Sunday (10 November).

Fans will be able to watch all of the qualifying races live via both the FIA World RX and RX2 Series Facebook pages, with the semi-finals and all-important final featuring as part of the live World RX television broadcast.