It was far from a relaxing start to the New Year for us here at MPA Creative as the launch of our new website coincided with an organisational and management role at two major motor shows.

Director Jonathan Gill led the first ever London Classic Car Show at the Excel (8-11 January), which proved a huge success.

Given the task of spreading the word to classic car fans and those in the capital, MPA Creative secured event previews in all the specialist publications as well as the Evening Standard, Daily Express, Daily Mirror, Times and Telegraph.

The reaction reverberated around the capital city with more than 25,000 visitors turning up to the event – more than double the organisers’ target. Over 200 media attended and traders reported great business too, all despite January often meaning a financial tightening of the belts! London seemingly plays by its own rules, however, as millions of pounds of cars were sold over the weekend!

After such a hugely successful inaugural event, an even bigger and better LCCS has already been confirmed for February 2016.

Much of my week was taken up by the Autosport International Show, which was held at the NEC in Birmingham over the same period.

Dunlop BTCC had its own stand which, alongside Dunlop, we had been planning and organising for a number of months. Dunlop produced a fantastic display and we provided the cars, drivers and timetable for the weekend, and it worked extremely well for all concerned.

It was a great opportunity to get the upcoming season in the headlines too as we delivered two of the biggest motorsport stories of the week.

The Dunlop BTCC stand also hosted the public debut of the Infiniti Q50, which was extremely popular in its all-new livery. Interviews, autograph signings and fans’ Q&As with a host of tin-top drivers including Jason Plato, Gordon Shedden, Matt Neal, Colin Turkington and Jordan meant the BTCC stand was a hive of activity over all four days.

That was far from the end of the story, however, as West Surrey Racing concluded a deal with triple World Champion Andy Priaulx on the eve of the show. 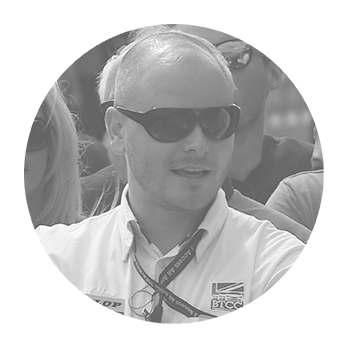 Seeing him return to the BTCC is a huge coup for the series and one that surprised many as we unveiled his machine on the main Autosport stand. Countless column inches have been secured with his announcement alone while the flash bulbs barely stopped as many scrambled to get a glimpse of Andy’s new BMW!

Interest in the series continues to grow and it’s fair to say we can’t remember a busier start to any year.

We now have a brief respite at MPA Creative although many of our clients require media days, unveils and launches planning over the coming weeks and months, so it’s unlikely to last for long!