SILVER ANNIVERSARY BLASTS OFF IN FINE STYLE AT AUTOSPORT SHOW 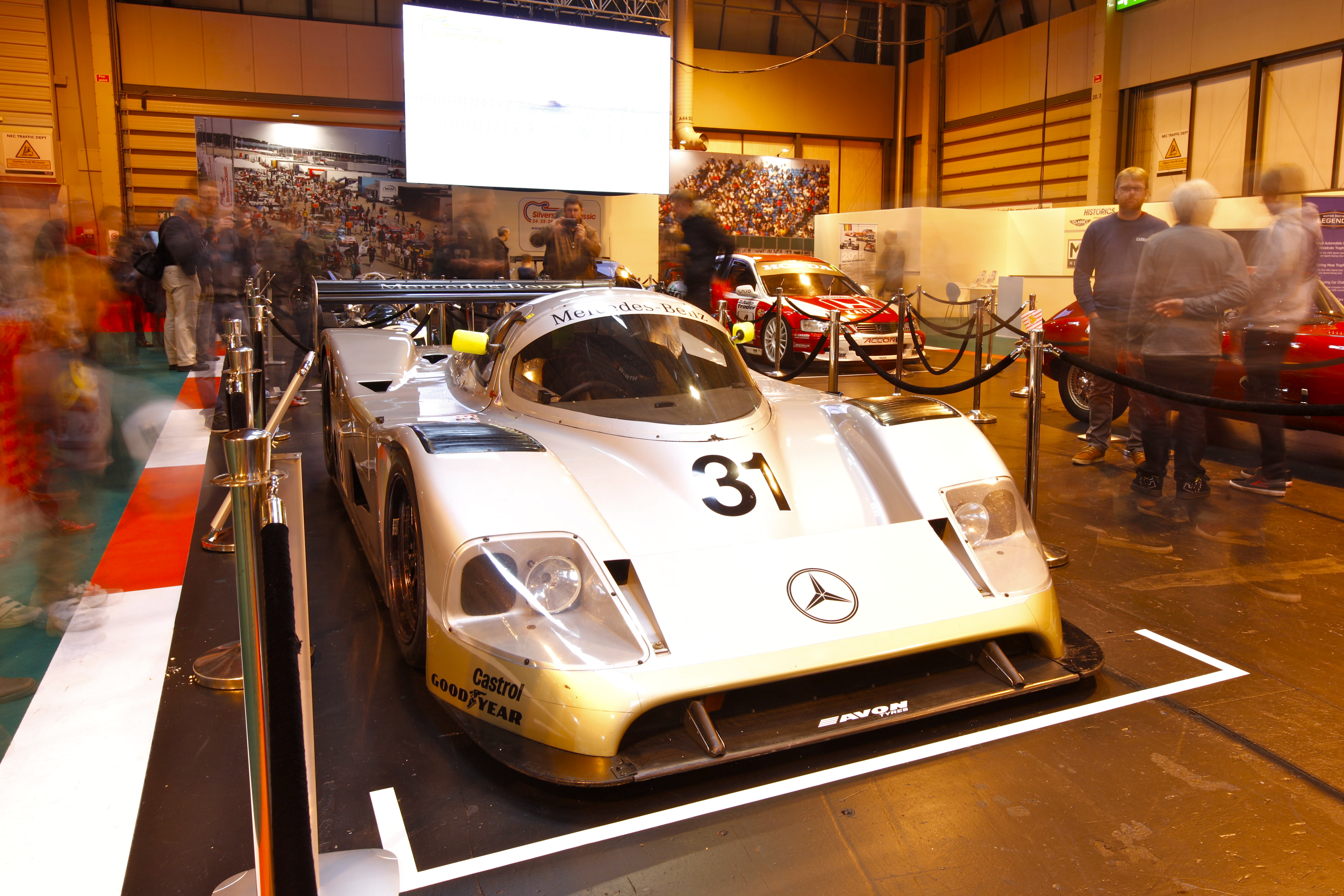 The cars were the stars as the Silverstone Classic’s special silver jubilee celebrations lifted off with an unmissable power show at last weekend’s Autosport International (8-11 January) held at the busy National Exhibition Centre, Birmingham.

The impressive line up of Track Icons was presented in grid formation and it embraced a small selection of the record number of stunning historic competition cars that regularly compete at the Classic. These included a Lister Storm GT, JPS Lotus 87, D-type Jaguar, Cooper T53, Honda Accord Super Tourer and the Mercedes C11 Group C ‘Silver Arrows’ prototype that will be the pin-up model on all of the event’s promotional materials in this milestone 25th anniversary year.

Understandably the huge showpiece was one of the event’s main attractions not only drawing huge crowds but also providing the perfect platform for race organisers to talk to fans as well as to drivers and owners. It also confirmed the Silverstone Classic’s position as the world’s biggest and, arguably, best historic race meeting by highlighting both its unrivalled number of spectacular grids plus the massive displays of classic road cars.

“Even by our own incredible standards, 2015 is going to be a stunning year for the Silverstone Classic and this special display at Autosport International was a small – yet mouth-watering – taster of what’s to come,” said Event Director, Nick Wigley. “It provided us with a great opportunity to talk to show goers about all the exciting attractions we have for July. The reaction was universally favourable about the planned Saturday evening live performance by Status Quo and Sunday one-off silver car track parade – both highlights are certainly generating huge interest.”

This ‘huge interest’ is already being reflected in record ticket sales. These are running very strongly and are currently well up on the same period last year. Last year, 94,000 attended the three-day extravaganza.

Early Bird tickets, offering significant savings of up to 15 per cent, are currently on sale and additional discounts are available to members of registered car clubs displaying their classics on the in-field. As part of the 25th birthday celebrations, owners of silver cars can join the special ‘Silver Sunday’ track parade and associated festive activities. All the details can be seen at www.silverstoneclassic.com/silversunday .

Full details of all tickets (which must be purchased in advance) – as well as hospitality packages and weekend festival camping – can be found on the www.silverstoneclassic.com website.