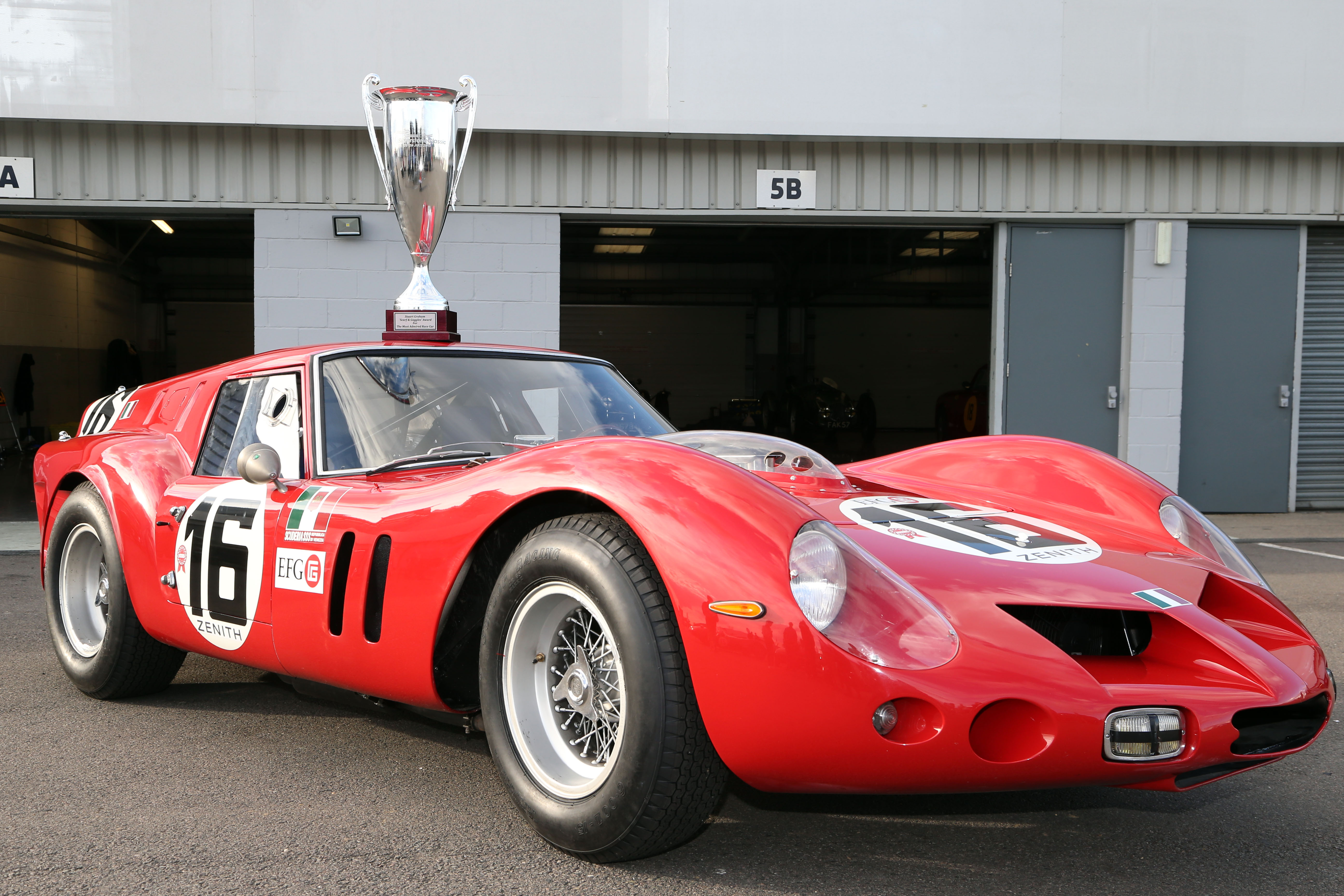 Paying tribute to the pair’s pioneering achievements in creating the blueprint for what is now The World’s Biggest Classic Motor Racing Festival, the Mervyn Garton ‘Scarf and Goggles’ Award acclaimed the best off-track visitor attraction while the Stuart Graham ‘Scarf and Goggles’ Award was presented to what was judged to be the most admirable car competing at the Classic. In future years, both will become perpetual accolades awarded annually.

The striking three-litre V12 scarlet Ferrari Breadvan was a one-off creation commissioned by a spurned Count Giovanni Volpi in 1962. When Enzo Ferrari refused to sell the immensely rich Venetian one of his new 250 GTOs, Volpi simply hired renowned engineer Giotto Bizzarrini to upgrade a Ferrari 250 GT SWB into a GTO beater – the result was the distinctive Breadvan, so known due to its extended rear roofline and shooting-break appearance. The re-bodied Ferrari made its debut at the 1962 Le Mans 24 Hours, outpacing all of Enzo’s GTOs before being sidelined by a driveshaft failure. Despite being immensely valuable, thanks to the enthusiasm of its current owner, it continues to regularly compete in major historic events such as the Silverstone Classic.

“I bought it because I found it absolutely beautiful and then I found out about its amazing history and that made it even more outstanding,” said Hulsa. “I’m delighted that this award recognises the car for what it is – a very, very special racing car. It was made to be used from its conception – so it’s very much my philosophy that we should keep racing it.”

“Selecting a winner was a very difficult task,” acknowledged Graham, a former TT champion on both two and four wheels. “Every single car here is special in its own individual way, and there are so many different categories that it really was a case of ‘where do we start?’ We could have picked at least a dozen cars, all of which are outstanding.

“We wanted to choose something different, glamorous and exciting, with real pedigree and that represents what this event is all about – and I can certainly vouch for the fact that the Breadvan is a very effective race car, having competed against it myself!”

The Mervyn Garton Award was presented to the RAF Mini Club by his widow Janet and son Nick. This year, the Classic marked the 75th anniversary of the Battle of Britain with a pair of dedicated races plus a dramatic Spitfire flying display – and reflecting these commemorations, the RAF Mini Club put together its own special tribute.

“It’s great to be back at Silverstone – I haven’t been here for about four years, so it’s nice to see some old friends,” enthused Janet Garton. “I’m very pleased to see the Scarf and Goggles back. Mervyn hatched the idea to begin with, and it was always a good meeting place so hopefully they will do it again.

“The Classic is an absolutely amazing event, with a fantastic effort from the marque clubs, attractions and traders – I’m sure Mervyn would be immensely proud of how it has developed. There’s so much to see, and the RAF Mini Club and RAF Village put on a superb show – the RAF Benevolent Fund brought a truly original new attraction in the replica Spitfire that thrilled many people, and the Minis were brilliantly turned-out.”

“It’s been a real pleasure to pay tribute to the 75th anniversary of the Battle of Britain at Silverstone,” said Will Runciman, President of the RAF Mini Club. “We tried to bring all the elements of motor sport, car clubs and Spitfires together in the display. We’ve had a great response from the public so it’s been very rewarding, and the award was a complete surprise and helps to make all the hard work worthwhile. We just hope that we’ve done the Battle of Britain and ‘the few’ proud.”

These new trophies were presented outside the revived Scarf and Goggles, the iconic bar after which these awards are named. The original Scarf and Goggles was such an integral part of Silverstone’s early historic festivals as devised by Garton and Graham.