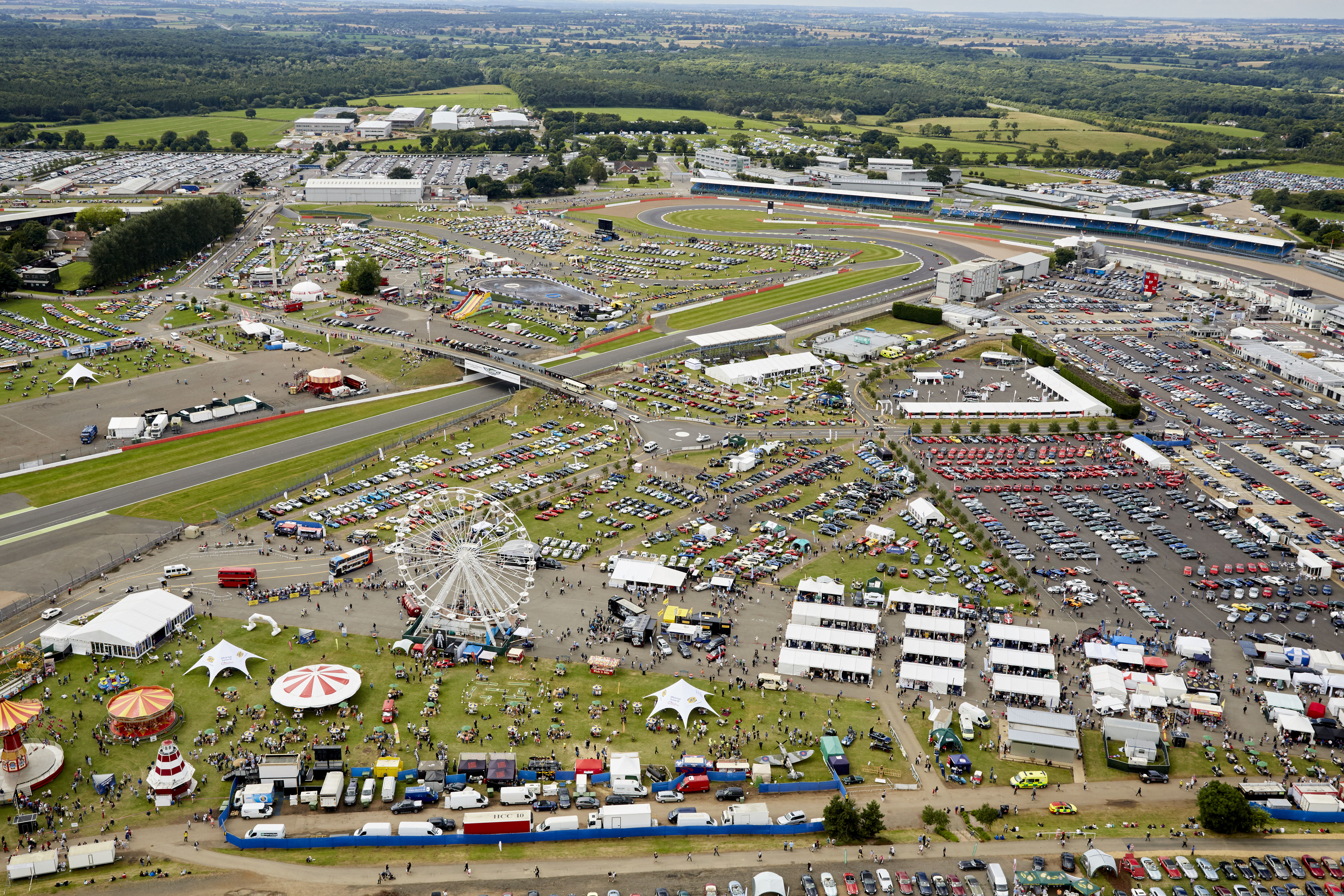 The organisers of the Silverstone Classic are delighted to announce a significant new three-year partnership with Adrian Flux Insurance, the UK’s largest specialist motor insurance broker.

Adrian Flux Insurance has been appointed as the Official Vehicle Insurance Partner to the world’s biggest classic motor racing festival for 2018, 2019 and 2020. The date for next summer’s massive three-day day extravaganza has been announced (provisionally) as 20-22 July, taking place at the home of British motor racing less than two weeks after the British Grand Prix. Giving the 100,000 festival goers who regularly attend the Classic an early chance to book ahead, a range of Super Early Bird tickets are already on sale at this year’s prices.

The exciting new partnership with Norfolk-based Adrian Flux Insurance is an entirely new programme of which both parties are extremely proud.

“It is a highly significant development that not only further endorses the Classic’s ever-growing reputation as one of the greatest car-themed attractions on the entertainment calendar but also one that has huge resonance with all those coming to Silverstone,” expounded Nick Wigley, CEO of organiser, Goose Live Events. “I have no doubt that the experience and expertise of those at Adrian Flux Insurance will benefit all those attending. After all, whether you are driving one of the latest showroom models or one of the 10,000 glorious classics that are part of the massive in-field show at the Classic, we all need car insurance.”

“Adrian Flux Insurance is delighted to be the Official Vehicle Insurance Partner for the next three Silverstone Classics,” confirmed Gerry Bucke, General Manager from Adrian Flux Insurance. “Our company supports the classic car community whenever it can, and this festival is a huge celebration of classic motor racing and its history. It’s the biggest and best event of its kind in the world, and involves thousands of cars at the internationally-renowned Silverstone race track. We’re really looking forward to being involved.”

Although the 2018 Silverstone Classic is nine months away, some details of next year’s event have already been announced. These include special celebrations to mark the 70th anniversary of the first British Grand Prix staged at the Northamptonshire circuit back in 1948 and the introduction of the exciting new Masters Endurance Legends series, thus introducing an amazing grid of endurance prototype and GT racers from 1995-2011 to the passionate Silverstone Classic crowds.

The introduction of Super Early Bird tickets is another new innovation and offers festival-goers the opportunity to purchase their 2018 tickets at 2017 Early Bird prices, providing up to a 20 per cent discount on Standard tickets.

The Super Early Bird offer is now open until the end of the year – a boon for those seeking a special Christmas present. Thereafter, as in previous years, a range of Early Bird tickets will be available for those purchasing between 1 January and 31 March. From 1 April admission will be available in advance via Standard tickets.