Spectators Return As BTCC Gets Set For Snetterton 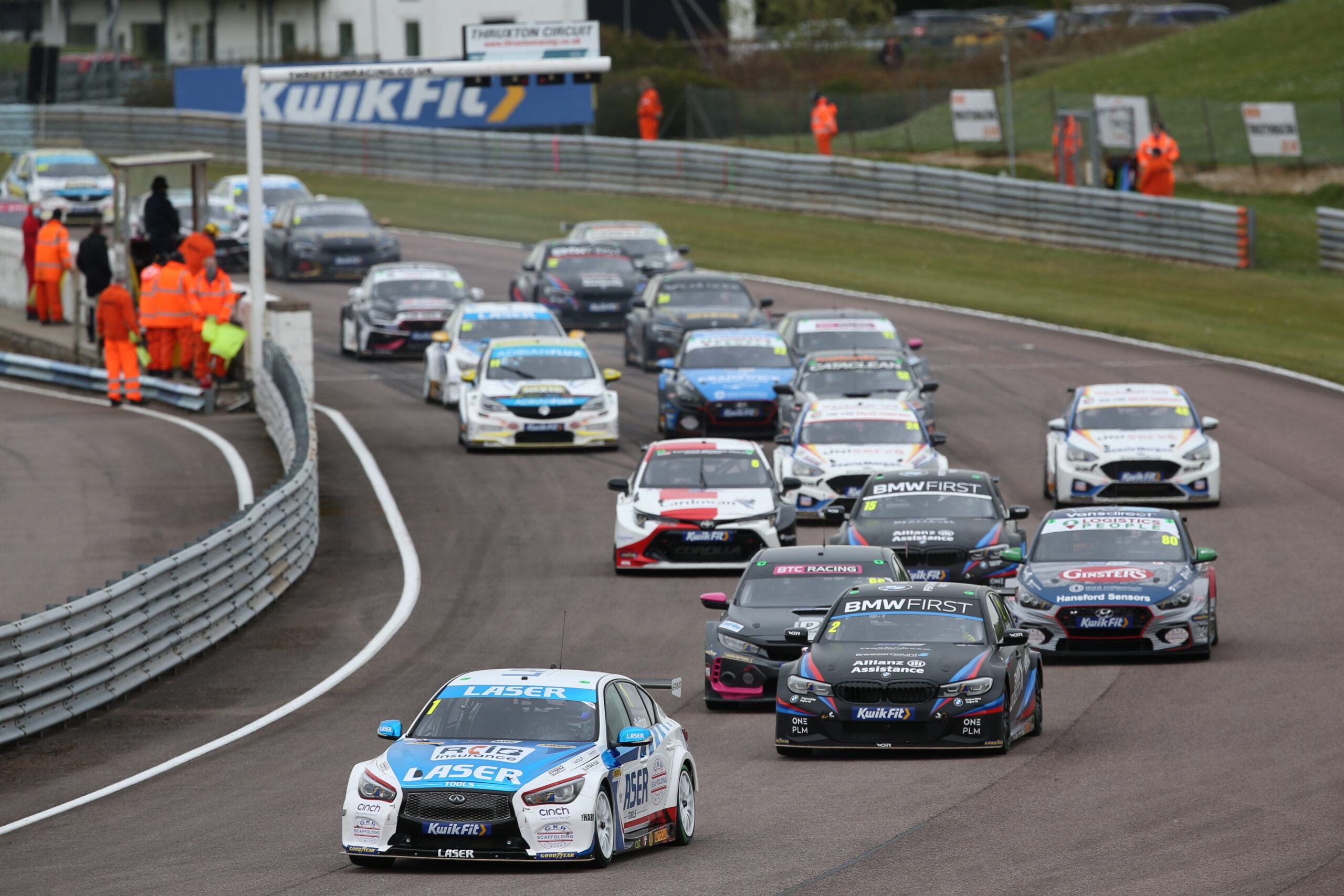 The 2021 Kwik Fit British Touring Car Championship is set to welcome spectators for the first time in more than 18 months when the series visits Snetterton next weekend (12/13 June).

The BTCC kicked off its campaign behind closed doors at Thruxton in May, and is now preparing for the return of its loyal fanbase over the coming weeks and months, as the easing of lockdown restrictions continues in the UK.

Attendance levels for the Snetterton event will be capped at 4,000 spectators per day, and those fortunate enough to be trackside – as well as the many, many more watching the live television coverage on ITV4 – are set for a thrilling weekend of on-track action.

“I’m really, really chuffed for the whole of BTC Racing,” said Cook. “We’ve had a tough winter, but a good start to the year. We’ve just got to keep the ball rolling – we need to be fighting at the front at the end of the season, so we’ve got to get our heads down!”

The day, however, arguably belonged to Jake Hill as he left the UK’s fastest circuit at the summit of the BTCC standings following a fantastic podium, whilst his MB Motorsport accelerated by Blue Square team took Manufacturers’/Constructors’ honours in all three races – beating the might of BMW and Toyota in the process.

“It’s fantastic for all of us,” enthused Hill. “I’m proud of myself and proud of the team, we’ve just done a fantastic job and I can’t believe I’m standings leader!”

It wasn’t all about the BTCC’s young guns during the season starter, as a certain tin-top legend – Adrian Flux with Power Maxed Racing’s Jason Plato – made his return to the rostrum after taking a year’s sabbatical during 2020.

A number of the usual suspects hit snags on the opening day of competition with the likes of Colin Turkington, Tom Ingram and Rory Butcher all enduring mixed results.

Snetterton’s event includes three BTCC races on the full 300 circuit – the challenging layout which celebrates its tenth anniversary this year ­– and will also see the return of the exciting Qualifying Top Ten Showdown.

The Norfolk venue hosted the new feature for the first time in 2020, which sees drivers having to take on a marginally reduced window to record their lap times. The top ten fastest competitors at the end of the 25-minute session, will be rewarded with the opportunity to clinch P1 on the grid during a ten-minute pole position showdown.

Lap times will be reset ahead of the showdown as all ten cars head out on-track and complete an unlimited number of laps during the ten minutes.

To throw an extra curveball into the tactical mix, the Goodyear ‘Option’ tyre will also return at Snetterton following a one-year hiatus.

The ‘Option’ tyre must be used at least once during the three races comprised in an event – ensuring a variety of strategies. Teams do not have to specify before qualifying, the race in which they will use their ‘Option’ tyre, with all choices being declared upon cars leaving the pit-lane.

The weekend will also see two female drivers contest the BTCC rounds after it was announced that Jessica Hawkins would be competing for Racing with Wera & Photon Group.

Having debuted in the BTCC at Snetterton in 2020, Hawkins is relishing the chance to again showcase her abilities in the strong Motorbase Performance-run Ford Focus next weekend.

Hawkins will join PHSC with BTC Racing’s Jade Edwards, ensuring that two females will be on the BTCC grid for the first time since 2001.

It’s just yet another talking point ahead of what is sure to be an unforgettable weekend. The full Top Ten Showdown qualifying session on Saturday 12 June will be streamed live on itv.com/btcc, with the action kicking off from 1430, before Sunday’s race day broadcast on ITV4 commences at 1100.

EXCELR8 Motorsport, based in nearby Suffolk, will be hoping for home support as its quartet of cars take to the track with Tom Ingram, Chris Smiley, Jack Butel and Rick Parfitt looking to pick up the points for the Hyundai squad.

Ipswich man Carl Boardley also regards Snetterton as his local track and the Laser Tools Racing man will be continuing his quest to claim Jack Sears Trophy honours in his Infiniti Q50.

The showpiece BTCC races, including a reverse-grid finale, will be complemented by a full support programme, including some of the country’s leading one-make sports, saloon and single-seater series.