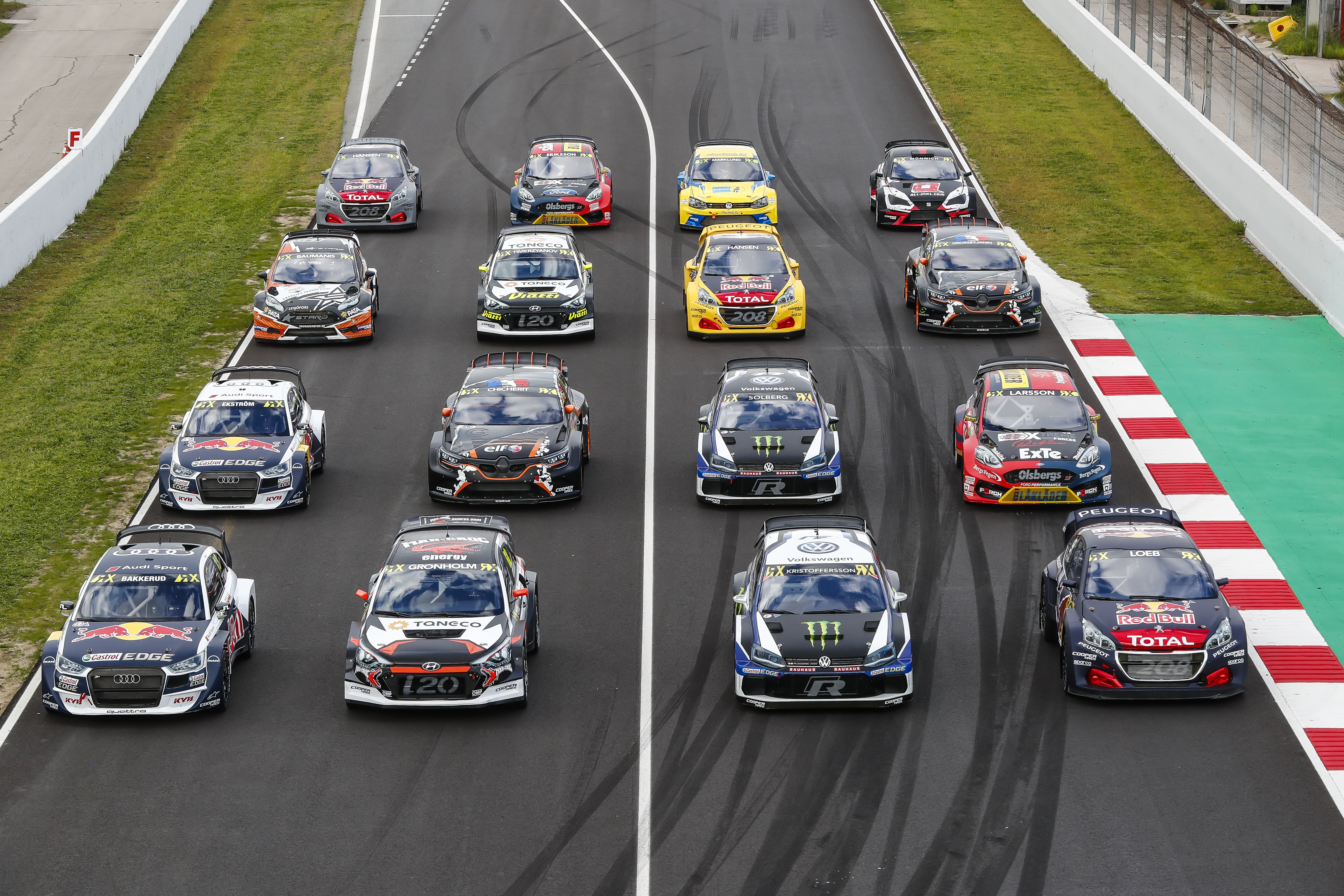 The eagerly-anticipated Speedmachine festival is shaping up to be a major highlight of the 2018 FIA World Rallycross Championship presented by Monster Energy both on and off-track, after revealing a maximum Supercar entry of 25 drivers.

With Speedmachine offering a packed bill of entertainment, including headline live music, Esports, drifting and the unique opportunity for attendees to get behind the wheel of a performance car and drive the world-famous Silverstone Formula 1 circuit, a full complement of World RX Supercar starters will deliver a spectacular centrepiece of action-packed racing.

In the first World RX of Great Britain to be held at the famed ‘Home of British Motor Racing’, ten round-by-round entries join 15 permanent competitors at Silverstone, including three British homegrown drivers in Andrew Jordan, Mark Higgins and Oliver Bennett.

Jordan will make his latest World RX of Great Britain appearance at the wheel of an MJP Racing Team Austria Ford Fiesta, the 2013 British Touring Car Champion eyeing a repeat of his hugely popular podium finish on home soil in 2014. He is partnered with two-time World RX race winner Toomas “Topi” Heikkinen, who returns at Silverstone for his first start of 2018.

Making the transition to rallycross this season, three-time British Rally Champion Higgins is set for his World RX debut in an Albatec Racing Peugeot 208, while Bennett in his MINI Cooper S will have the opportunity to race in front of his home fans in what will be his third outing of the campaign.

In all, 25 drivers representing 11 nationalities and 15 teams will compete for World RX of Great Britain glory at Speedmachine. This includes superstars Petter Solberg, Sebastien Loeb, Mattias Ekstrom and Johan Kristoffersson as they continue their burgeoning World RX title battle.

Reigning FIA European Rallycross Champion for Supercars Anton Marklund will be considered a potential front-runner in the Marklund Motorsport Volkswagen Polo, while the experienced Tommy Rustad returns to the World RX ranks driving a sister car under the Marklund-HTB Racing banner.

World RX Managing Director for IMG, Paul Bellamy commented: “World RX is at the heart of Speedmachine, so it’s wonderful to see teams embracing what promises to be a truly memorable weekend. The fact so many drivers want to be part of the first World RX event to take place at Silverstone is testament to the circuit’s attraction as a first-class facility and its status as one of motorsport’s most prestigious venues.

“Add to that Speedmachine’s enticing festival elements, such as live music, Esports and a unique opportunity to drive the Silverstone grand prix circuit and we’re certain Cooper Tires World RX of Great Britain will set a new standard for what fans can expect from a motorsport event.”

In addition to the on-track action and live music from Dizzee Rascal, Lethal Bizzle and Ministry of Sound, Speedmachine will thrill motorsport enthusiasts with a host of classic Group B rallycross and rally displays and demonstrations, an exhibition of legendary machinery from Prodrive – including MG 6R4s and WRC-winning Subaru Imprezas – and a show of spectacular metal from The Players custom car experts.

Meanwhile, e-gamers will get the chance to taste victory themselves behind the virtual wheel of a World RX Supercar as DiRT 4 takes over a section of Silverstone’s iconic Wing paddock.

Book advanced tickets now and save £20. Weekend, camping and day tickets are available at www.speedmachine.com