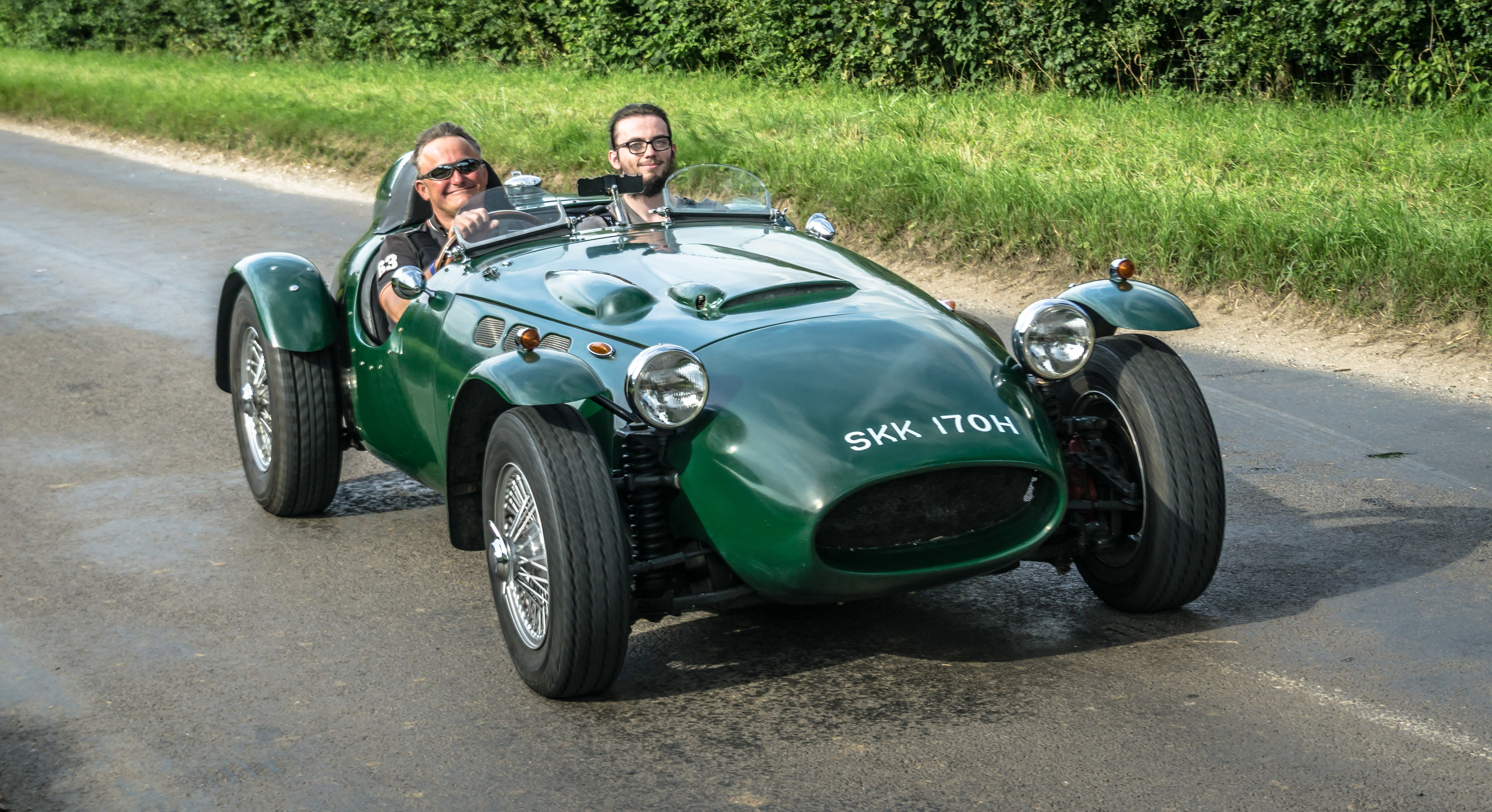 The tens of thousands of visitors attending next month’s Silverstone Classic (26-28 July) will not only be treated to the sights and sounds of the world’s finest ever cars but will also be offered a wonderful opportunity to take a memorable passenger ride in some of the most exciting machines on show.

The Sporting Bears Motor Club will be offering ‘Dream Rides’ to all those attending the world’s biggest classic motor racing festival. A ‘Dream Ride’ is an unforgettable ten-mile trip around the country roads surrounding the famous Grand Prix circuit seated in either one of thelatest supercars or a stunning automotive tour de force from yesteryear.

Everyday visitors will be offered a choice between 30 eye-catching icons, ranging from classics such as Jaguar E-types, AC Cobras, a Metro 6R4 and an exquisite 1965 Ferrari 330 GT once owned by John Surtees right up to more modern exotica including an Ariel Atom, Caterham Supersport, Aston Martin Vanquish Volante, McLaren 650 Spyder and Porsche 911 GT3.

As ever, the ‘Bears’ will be raising funds for children’s charities, with the level of donation determined by the ‘coolness’ of the motoring masterpiece. With generous club members providing their cars, time and fuel at no cost, every penny raised will go directly to charity. The club has raised more than £2,250,000 since it was formed in 1989.

“The Silverstone Classic is all about revving up old memoriesand creating new ones – these Dream Rides will do just that,” said Nick Wigley, event CEO. “In the past, the Bears have been regulars among the huge numbers of car clubs attending the Classic but this is the first time they have offered passenger rides. For many, an unforgettable journey through the lanes in a Ferrari or an Aston Martin will add yet another dynamic dimension to an already memorable experience.”

Dream Rides will be available on all three days of the Classic between 11am and 6pm. Bookings can be made on the day and passengers must be aged six and over. Further restrictions may apply to certain cars.

Along with the Bears, a record number of car clubs are attending this year’s massive retro racing festival and will be displaying more than 10,000 much-cherished classic cars on the Silverstone infield. The 2019 racecard is also a record-breaker, topped by special celebration contests to mark Bentley’s centenary, 60 years of the Mini and 50 years of the Ford Capri.

All tickets for the Silverstone Classic must be purchased in advance. Adult admission is from just £45 and weekend camping and hospitality upgrades are available, too.

All tickets provide access to both Silverstone racing paddocks, all open trackside grandstands, live music concerts on Friday and Saturday evenings, the action-packed Shift & Drift Zone, funfair rides and the vast majority of the great family entertainment on offer. Full details of all 2019 ticket prices are detailed on the silverstoneclassic.com website.