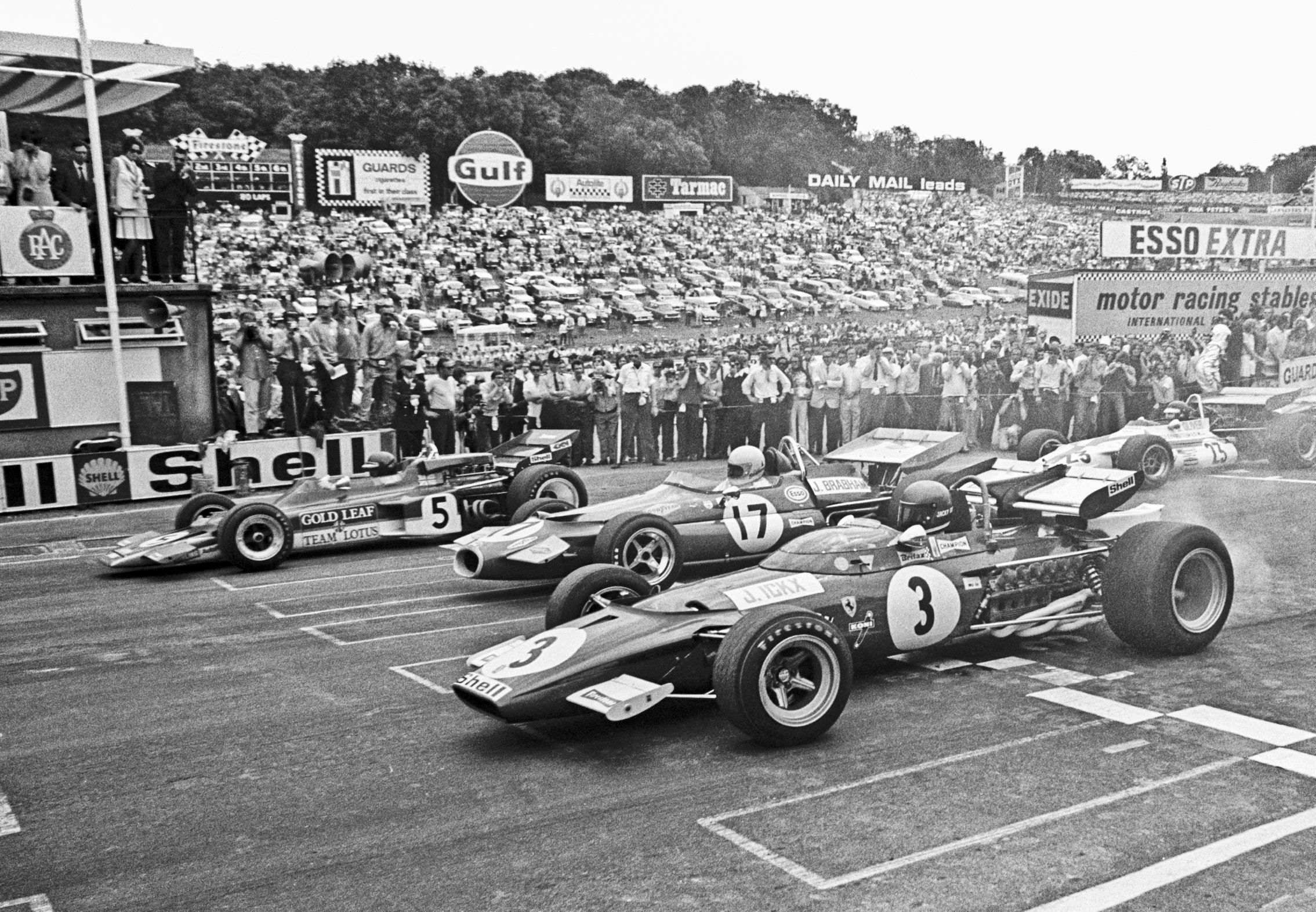 Six stand out cars that played key roles in the career of Jacky Ickx, the world’s greatest all-round racing driver, will form a special showcase to the guest of honour at the London Classic Car Show (23-26 February, London ExCeL).

Underlining this versatility, the display will comprise the 1969 Brabham BT26/4 which gave him two victories and the runner-up slot in that year’s Formula 1 title race. There’s also a glorious Ferrari 312 B2 – the car which he raced to further success after joining the Italian team at the start of the 1970 season.

His sports car exploits are celebrated by the 1975 Gulf Mirage GR8-001, the very car that took Ickx and teammate Derek Bell to the first of their three shared victories at Le Mans and a Jules liveried Porsche 936 in which the pair won again in 1981.

Lining up alongside the pair of Le Mans icons is the very first of the all-conquering Porsche 956s – the development chassis that Ickx and Bell used to take Group C honours in the 1982 Silverstone Six Hours, the first race for the then-new car.

The sixth car is the trail-blazing Porsche 953 in which Ickx and co-driver Claude Brasseur finished sixth in the 1984 Paris-Dakar, the year after Ickx won the event outright in a Mercedes 280 GE. The 953 is a hugely significant car for Porsche. The four-wheel-drive 953 project was initiated by Ickx himself and the 953 was the forerunner of the 959. When launched, the twin-turbo 959 was the world’s fastest production road car with a top speed of 195mph.

Ickx will officially open the London Classic Car Show’s sister exhibition Historic Motorsport International – held in an adjacent hall and devoted to historic racing and rallying – at 12 noon on Thursday 23 February and will be guest of honour at The London Classic Car Show’s Gala Evening that night. Among other guests at the Gala Evening are Jackie Oliver, Derek Bell and Jürgen Barth, three of the drivers with whom he shared five of his six Le Mans wins. They will be joined by another Le Mans legend, five-time winner Emanuele Pirro.

Ickx and Bell will both be appearing in the Supagard Theatre during Thursday and Friday.

Now in its third year, the London Classic Car Show is bigger than ever and will have more than 700 stunning classic cars on display, some for sale from leading dealers in the classic world.

The show’s other highlights include a special Ferrari Tribute Collection, a mouth-watering selection of 20 Ferrari road cars together worth £120 million; The Grand Avenue, along which 66 of the world’s most iconic classic cars will be driven at regular intervals throughout the four days of the show; the Pop-Up Beaulieu Autojumble and Car Club Square with scores of popular and affordable classics showcased by the leading one-make clubs

Tickets to the 2017 London Classic Car Show/HMI are now available from the show website – thelondonclassiccarshow.co.uk – and start at £24 for single adult entry (£27 on the door on the day). Gala Evening standard entry costs £42 or for access to the Grand Avenue Club, where the interviews take place, tickets cost £70.