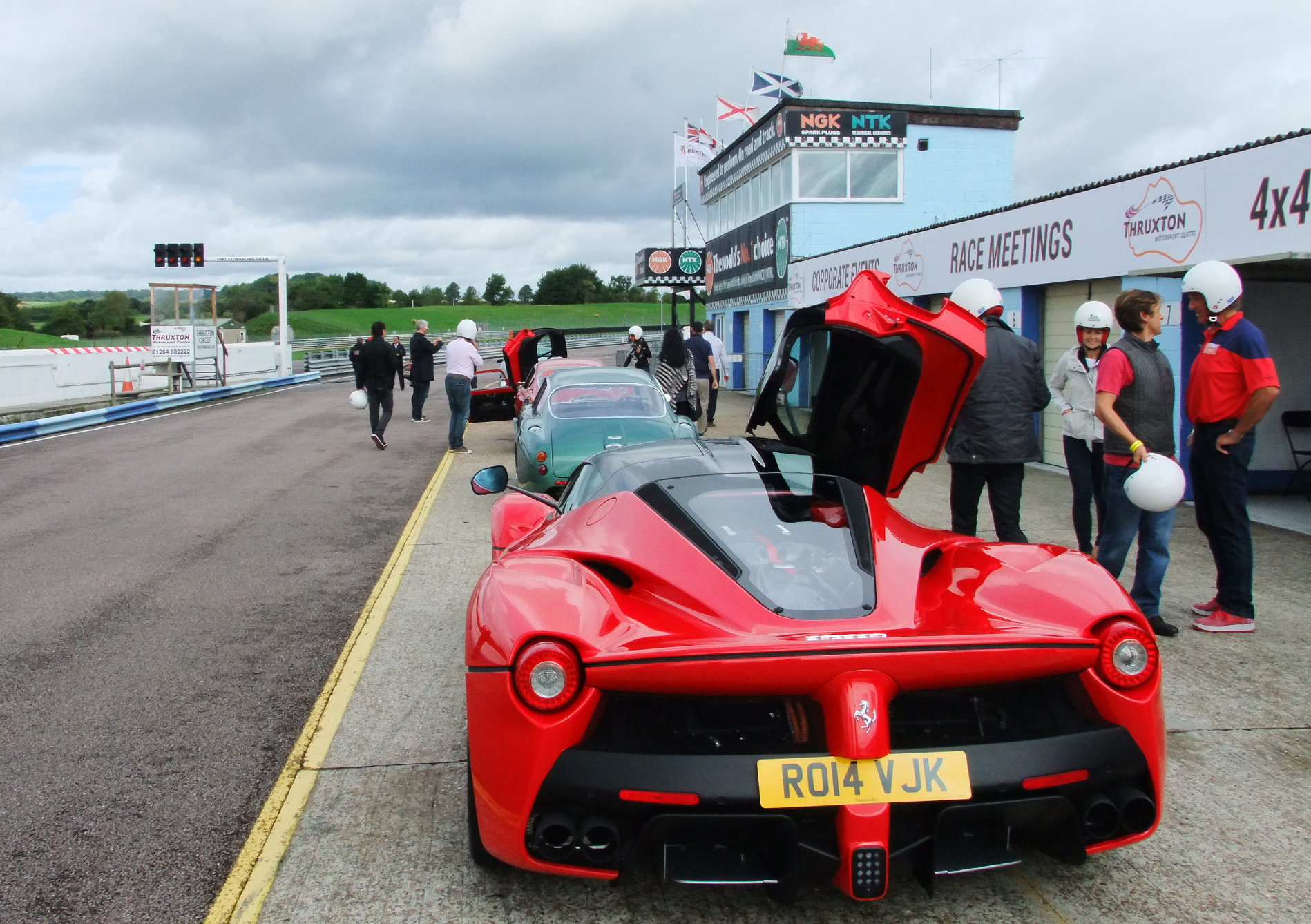 BBC Radio 2 Breakfast Show host Chris Evans gave 12 couples the high-speed ride of a lifetime today (27 August), as the popular presenter and a few friends called in at the UK’s quickest circuit in aid of BBC Children in Need.

After departing Chewton Glen in the New Forest this morning as part of the annual ‘Chris Evans Magnificent Seven and Famous Five Drive and Dine’ extravaganza, Evans and 12 lucky auction bidders hit the road for Thruxton behind the wheel of a bevy of spectacular supercars from Ferrari, Aston Martin, Jaguar, Mercedes, Daimler and Rolls Royce.

Upon arrival, the awestruck guests swapped the steering wheel for the passenger seat as they were whisked around the ultra-fast Hampshire track at exhilarating speeds by a number of legends of the motor sport world.

Two-time British Touring Car Champion and current championship leader Jason Plato wowed them with his car control in a Ferrari California, while 1979 Formula One World Champion Jody Scheckter proved that he has lost none of his old flair or finesse in the impressive new Mercedes-AMG GT.

Evans himself joined in the fun in the awesome LaFerrari, and Top Gear’s man of mystery – The Stig – also put in an appearance, demonstrating his famed commitment and fearless approach to master Thruxton’s phenomenal, flat-out sweepers in a Ferrari Enzo. Ever the enigma, though, he refused to take his helmet off afterwards to pose for photos.

“It’s been a delight to once again host Chris and his ‘Dirty Dozen’ – the ‘Magnificent Seven’ and ‘Famous Five’ – here at Thruxton in aid of BBC Children in Need,” enthused Thruxton Group Managing Director Bill Coombs. “It’s a tremendously good cause – and what a fun way to raise such vital funds!

“We’re used to seeing some pretty special kit here with our track day supercars, but today really was an extraordinary sight, with 18 of the most classic, iconic and evocative automobiles ever produced all in one place!

“It was incredibly rewarding to see the guests grinning from ear-to-ear as they climbed out of the cars following their ‘hot laps’, and we look forward to welcoming Chris and the ‘Dirty Dozen’ back to Thruxton next year.”

For those not lucky enough to have joined Chris Evans today, there are still plenty of opportunities to put pedal to the metal around Thruxton in cars ranging from the mind-blowing – not to mention extremely rare – Lamborghini Aventador Roadster to the new-for-2015 Lamborghini Huracán, fabulous Ferraris and the quintessentially British Aston Martin V8 Vantage N430 and Jaguar F-type.