STARS COME OUT FOR MASSIVE CELEBRITY RACE AT SILVERSTONE 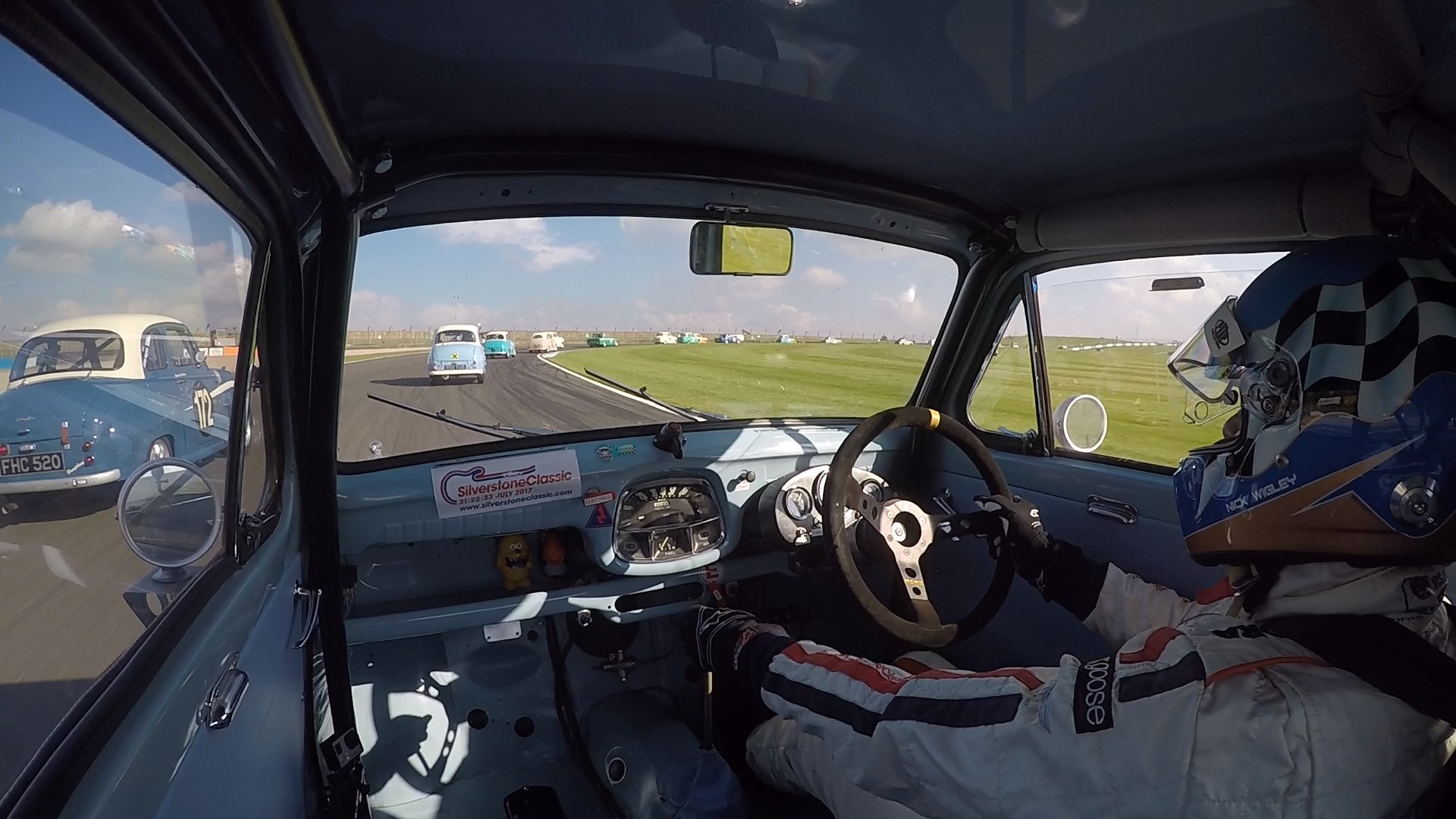 Seldom has the phrase ‘star studded’ been more applicable: the packed-programme at next summer’s Silverstone Classic (21-23 July) will provide more than 50 famous faces with the opportunity to race bumper-to-bumper around Britain’s premier Grand Prix circuit.

In keeping with the event’s prominence as the world’s biggest classic motor racing festival, these luminaries will all be racing flat-out in a huge grid of identical Austin A35 saloons from the late fifties. Celebrities will split into teams representing their professions – for example chefs, TV, sport and music – and each team will be mentored by a renowned racing driver. British Touring Car champions Gordon Shedden, Robb Gravett and Andrew Jordan have already signed up to captain three of the teams.

The competition itself will be split into two parts. Owners of these charismatic, race-prepared A35s will qualify on Friday and race on Sunday with the celebrities together with their team captains in action on Saturday.

“We have included celebrity races in the past at the Silverstone Classic but never before on this epic scale – it’s going to be an exciting and popular addition to what’s already an amazing weekend of entertainment for all the family,” enthused Nick Wigley, CEO of event organiser Goose Live Events. “This must be the biggest opportunity ever for so many celebs from lots of different fields to compete against each other on a racetrack. We put the word out a couple of weeks ago and the response already has been fantastic – everyone seems to be scrambling for their 2017 diaries!”

The star-studded showdown was officially launched on Saturday (5th November) at the Regent Street Motor Show where the buzzing Silverstone Classic stand featured three of the racy A35s that are being added to the bill at next summer’s extravaganza.

The cars are well-known in classic racing circles and were introduced a few years ago by the Historic Racing Drivers Club (HRDC) as a cost-effective route into historic racing. More than 50 have now been built, guaranteeing an enormous grid – not to mention some unmissable enjoyment for contestants and crowds – come next July.

Early Bird tickets for the 2017 Silverstone Classic have just gone on sale with – as last summer – prices for adult tickets starting from £35 and the cost of the three-day weekend ticket remaining at £99. Details of all 2017 ticket prices, as well as hospitality and camping options are now available on the silverstoneclassic.com website.

Full details of the 2017 Silverstone Classic – including exciting new races, special car club celebrations and live music performers – will be announced in the coming weeks. All the latest news will be available at silverstoneclassic.com and via its social media platforms.