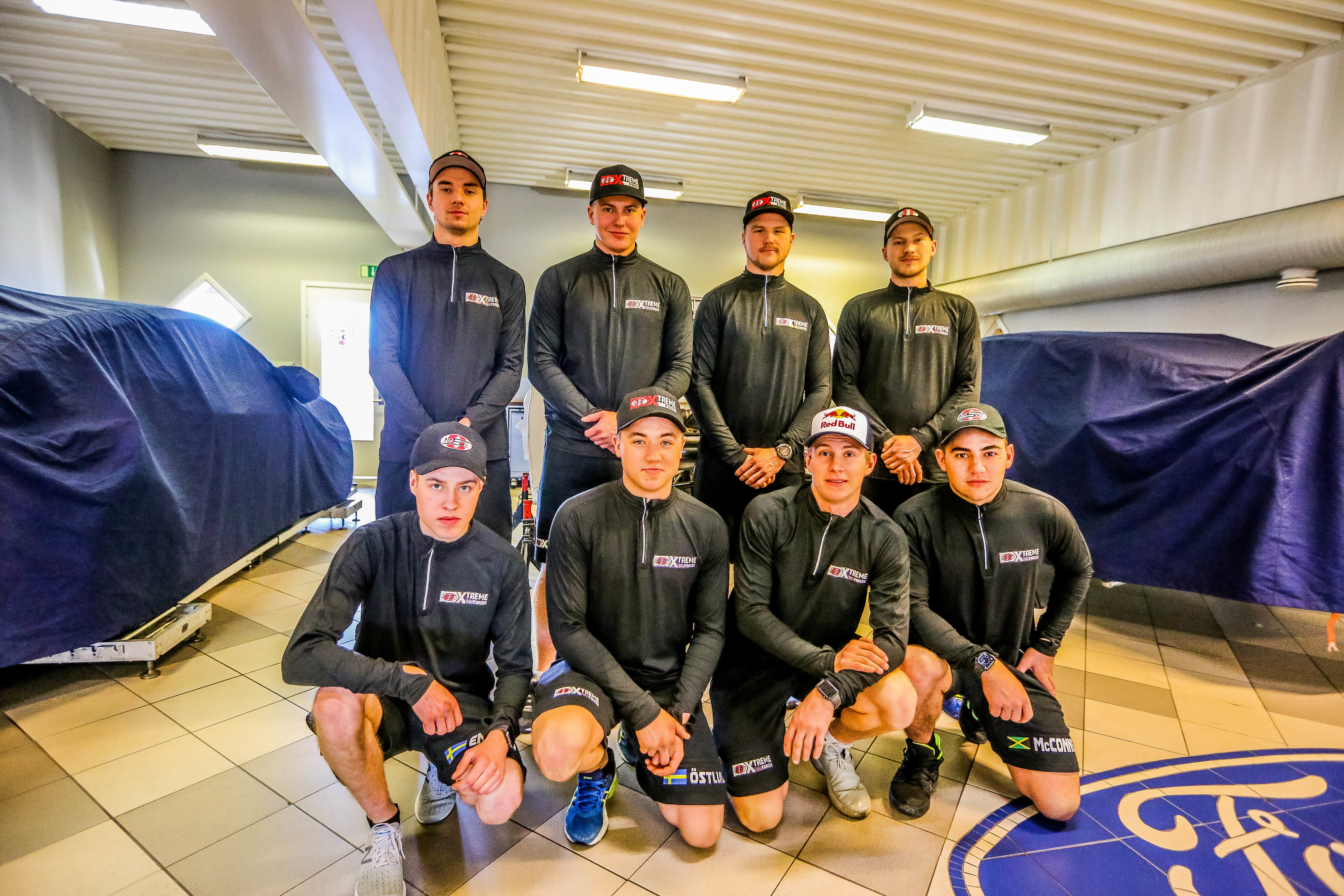 Olsbergs MSE has today (24 February) officially unveiled its full driver line-up for the 2020 rallycross season, as the Swedish powerhouse goes in search of title glory across the board in Cooper Tires-backed series’ RallyX on Ice, RallyX Nordic and RX2 at the start of the new decade.

Taking place as part of Sweden’s SM-veckan ‘Winter Olympics’ this year, RallyX on Ice presented by Cooper Tires will see the forthcoming campaign rev into life on Sweden’s frozen Lule River on 28 March, as Jesse Kallio, Martin Enlund, Niklas Aneklev and Oliver Eriksson prepare to vie for honours at the single-day winter contest in Luleå.

RallyX Nordic presented by Cooper Tires, meanwhile, is primed for another season of close-fought competition. Linus Östlund and Aneklev will be joined by newly-recruited CrossCar expert Enlund, who makes the step up this year to the ultra-popular Supercar Lites class – unquestionably one of the most competitive grids in rallycross. Kallio will join the trio for a one-off outing in the Höljes curtain-raiser in May.

The Finn will similarly return to the fold in the RX2 International Series presented by Cooper Tires alongside Fraser McConnell, after their respective third and fourth-place finishes in last year’s standings. They will be joined in the official FIA World Rallycross Championship feeder series by Enlund, who has a full schedule of rallycross commitments in 2020.

Kevin Eriksson and namesake Sebastian Eriksson will be looking to build upon their successes in RallyX Nordic and World RX last year, with their respective programmes – like that of Oliver Eriksson – to be confirmed in due course.

RallyX Nordic Supercar Lites runner-up in 2019, Linus is eager to go one better this season as the 20-year-old has his sights set on more victories and podiums. The Swede will also return for a guest round of RX2 at Höljes as he evaluates further opportunities in the series, with his second place at the ‘Magic Weekend’ in 2019 clearly leaving him hungry for more.

“We didn’t expect to finish where we did in RallyX Nordic last year. The victories were very special, and it was great to fight with guys who have so much knowledge and experience. This year, I’m aiming for the top spot, but all the guys in Supercar Lites are really quick with lots of new names to watch out for, so we’ll see what happens.”

Following his maiden season of four-wheeled competition in 2019, Niklas is increasing his rallycross commitments this year to include an inaugural foray into RallyX on Ice, the full Nordic calendar and two guest rounds of RX2 at Hell and Höljes. The ex-motorcycle racer has big ambitions for 2020, with racing at the sharp end in each category set as a firm priority.

“I gained a lot of experience last year racing with some really fast guys and on tracks that were all completely new to me. We had good pace in Latvia (Nordic) and South Africa (RX2), but I’m definitely aiming for podiums this season in Nordic, Ice and maybe even RX2!”

RX2’s own ‘Flying Finn’ will return for a second season in the official World RX feeder series, having finished third in his rookie campaign in 2019 – collecting five podiums along the way. This year, Jesse has his gaze already fixed on title glory as well as a guest appearance in the Nordic season-opener at Höljes and RallyX on Ice in March.

“The experience and skill on the RX2 grid is amazing, and to finish on the podium in my first five events was testament to the amazing team at OMSE. We had a tough end to the season but that has got me even more fired-up for this year. The calibre of drivers is really high as always, so we’re going to have to work really hard to win the title.”

The architect of an equally eye-catching first season of RX2 – including a number of crowd-pleasing overtakes and a scintillating turn of raw speed – as he returns to the series this year, Fraser has outlined his clear desire to fight for the championship.

“Last year, I didn’t know any of the tracks so I think the time I spent playing catch-up denied me the chance to challenge for victories. This year, there are only two tracks I need to learn and that will be the same for everyone. With the help of OMSE – who are the reference point in this class – I think we can fight for the title in 2020!”

Martin might be the least experienced driver in Olsbergs MSE’s 2020 line-up, but his standout performance in RX2 at Höljes last summer proved that he is a very quick learner indeed. The reigning Swedish CrossCar champion has the busiest schedule of the OMSE drivers this year as he prepares to compete in RallyX on Ice as well as full-season campaigns in RallyX Nordic and RX2, maximising his time in the car to gain as much experience as possible.

“Track time is going to be crucial for me this year. It will be great for my career and will develop my driving massively, so I’m looking forward to making the step-up. The drivers in Supercar Lites are really fast, so I don’t want to set any goals but I think we’ll be competitive. OMSE has a huge amount of knowledge and expertise, which will be a great help.”

Reigning RX2 champion and RallyX Nordic runner-up, Oliver will compete in the single-day RallyX on Ice event at Luleå, with the aim of emulating his 2018 success. The Swede’s unparalleled Supercar Lites experience should prove invaluable as he bids to sign off his stint in the class in style.

“Luck wasn’t on our side in RallyX on Ice last year, but I’ve won it before in 2018 so I’m ready for the fight! Having won the RX2 championship twice now as well as finishing second in Nordic twice at Supercar level, it feels like the natural time to take the next step in my career and I am hugely excited to see what lies ahead…”

With a 100 per cent win rate from his 2019 RallyX Nordic entries, Kevin is looking forward to climbing back into the cockpit this season, with his schedule set to be announced in due course.

“For me, RallyX Nordic last year went really well. I had two guest rounds and won them both, so I can’t ask for more than that. I’d love to do more of the same, but we’ll have to wait and see what we can arrange for the year ahead.”

An eye-catching 2019 for Sebastian has left many asking questions about his 2020 schedule, with noteworthy wins in both RallyX on Ice and Höljes’ Magic Weekend serving as timely reminders of the Swede’s talent and abilities. Like with namesake Kevin, his plans for the forthcoming campaign are still being finalised as he weighs up his options.

“Last year was a great year for me – winning RallyX on Ice and at Höljes was really special. I showed what I can do on the world stage, so I’d like to do more of that. Let’s wait and see what 2020 brings for me!”