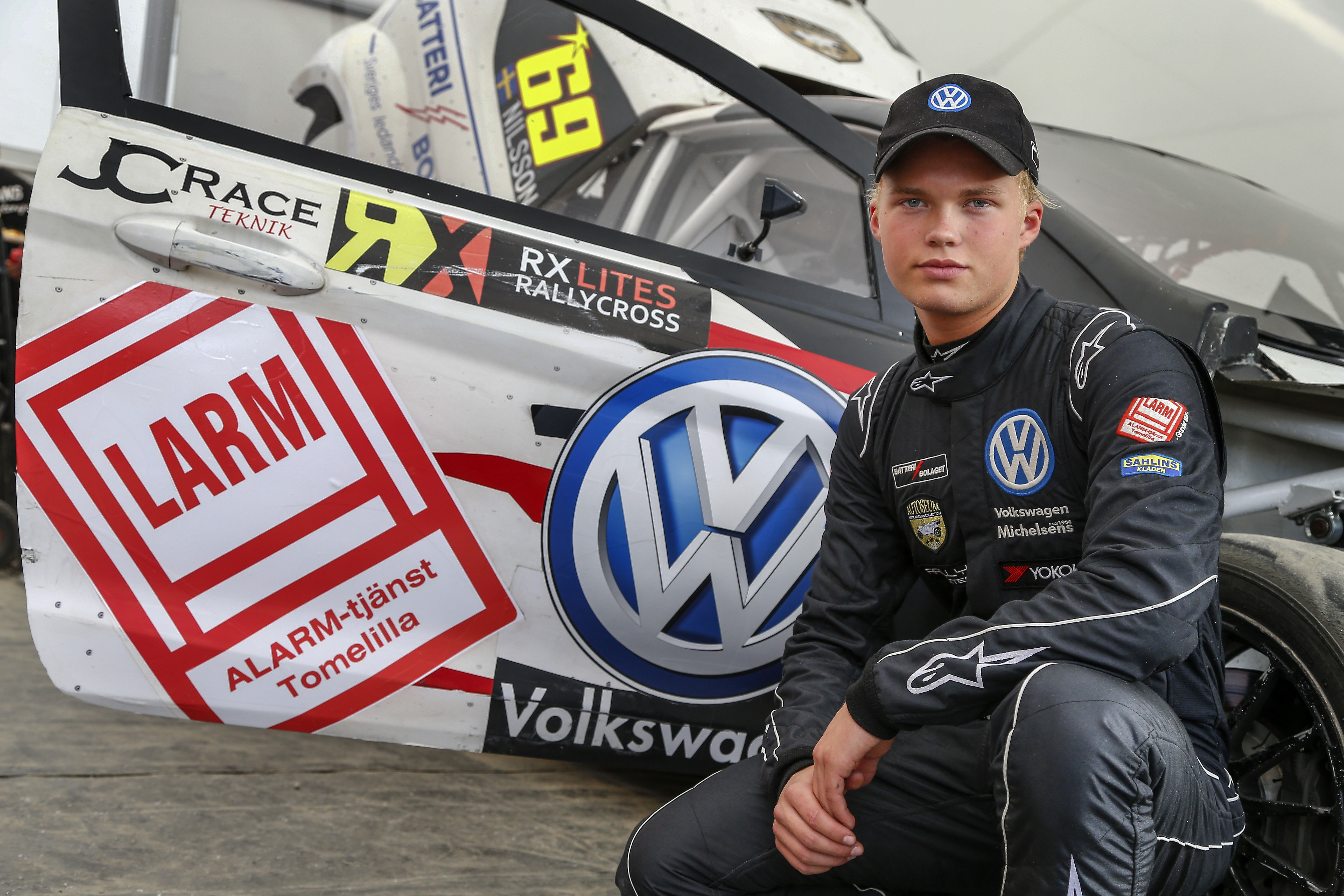 William Nilsson has become the second driver to commit to a full season of competition in the rebranded RX2 International Series presented by Cooper Tires in 2017, as the Swedish star bids to accelerate his burgeoning rallycross career up through the gears.

Nilsson might be a newcomer to RX2, but the 17-year-old’s credentials speak for themselves. A front-runner in Supercar Lites in his homeland for the past two years – having finished fourth overall in 2015 and third in 2016 – he has also shone on the international stage, finishing runner-up in the FIA European Junior Rallycross Cup in 2013, just a single point shy of clinching the crown.

As he prepares to step it up another notch by embarking upon his maiden campaign at RX2 level, Nilsson is adopting a measured approach – albeit one underwritten by a steely resolve.

“Joining RX2 is the logical next step on my career path, and I’m really looking forward to the challenge ahead,” enthused the Tomelilla-based teenager. “Although it will be my learning year and I will be up against a lot of quick drivers – many of them with more experience than me – I can promise you that I won’t be taking it easy!

“I want to finish inside the top five in the championship – that has to be the goal – and I see this move as the next stage in my long-term target, which is ultimately to graduate to the very top of the sport and become FIA World Rallycross Champion.”

Nilsson joins reigning RX Lites Champion Cyril Raymond in having confirmed his place on the 2017 RX2 grid. Further driver announcements will be made over the coming days and weeks.

The 2017 RX2 International Series presented by Cooper Tires will take in seven rounds across three continents, visiting Mettet in Belgium, Lydden Hill in Great Britain, Hell in Norway, Höljes in Sweden, Trois-Rivières in Canada, Lohéac in France and Cape Town in South Africa.