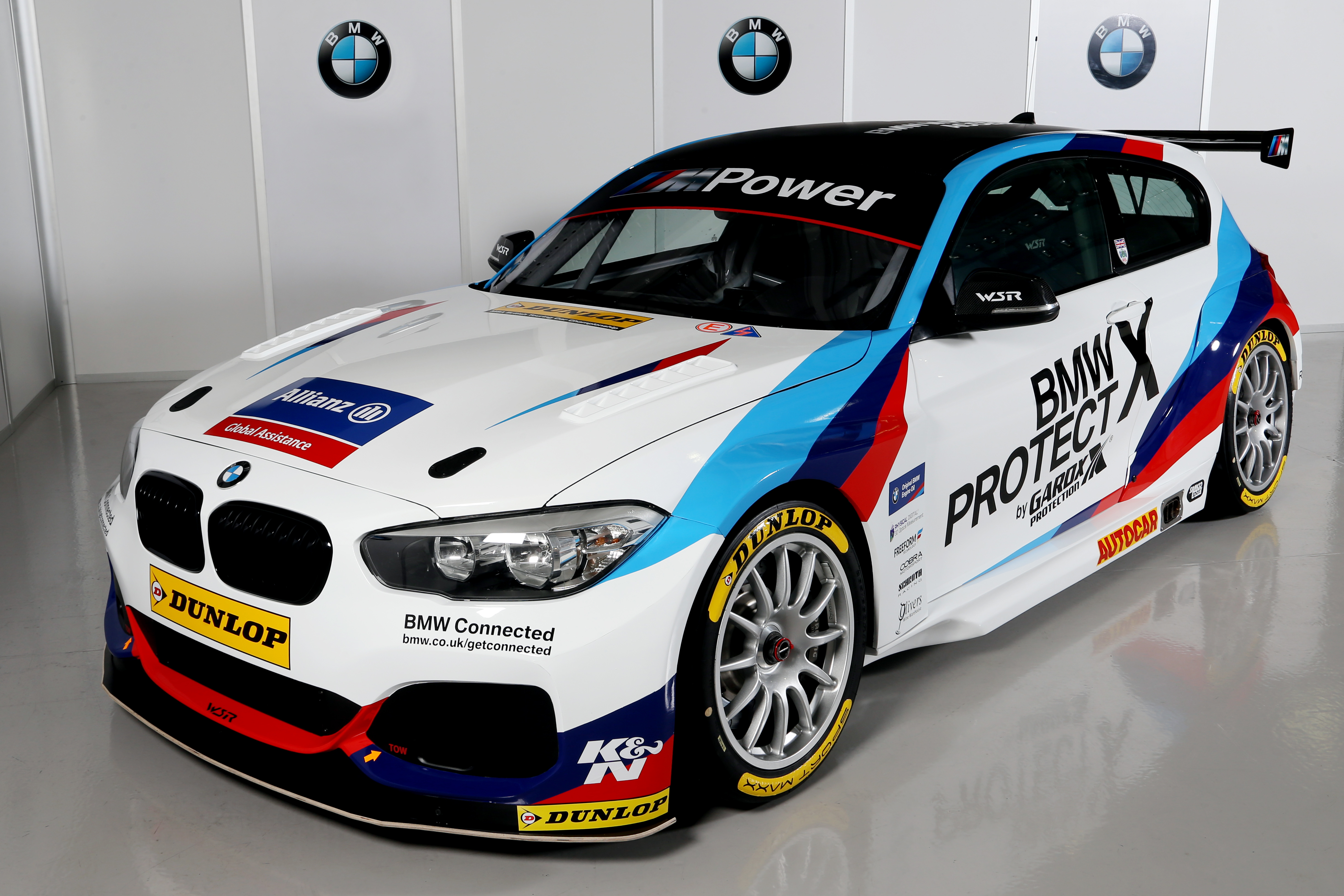 The announcement of TEAM BMW was a landmark occasion, marking BMW’s return to the country’s best-watched motor race series as a Manufacturer Team. It’s 21 years since the marque last contested the series in this manner, when BMW Team Schnitzer fielded a trio of BMW 320i cars.

Graeme Grieve, Managing Director of BMW UK, commented: “The BTCC is undeniably the most significant race series in the UK with a huge and enthusiastic following. With a legendary record behind us in the Series’ history books, and partnering continuously with WSR for a decade, we are delighted to step up as a Manufacturer Team again after 21 years. BMW UK’s significant financial investment includes the funding of technical developments on all fronts, focused on the very latest BMW engine derivative.”

At the launch at BMW Park Lane, London, Graeme Grieve joined WSR boss, Dick Bennetts, to remove the wraps from one of the three BMW 125i M Sport team cars that will contest the 2017 BTCC. With the cars freshly-developed, prepared and run again by WSR, BMW’s return to the Series as a Manufacturer coincides with a further landmark, marking a decade since WSR first contested the BTCC with BMW, which has endured to this day.

The BMW relationship with Dick Bennetts’ Sunbury-based operation in the BTCC has been stellar, with the pair enjoying a memorable honeymoon year in 2007, claiming both the Independent Drivers and Teams Championships. Proving it was far from a short-term affair, they repeated the feat in 2008 and, in 2009 and 2014, took Overall BTCC Driver and Team Championships.

Dick Bennetts remarked: “I reckon that working together successfully as motorsport partners for ten years is the equivalent of a lifelong marriage. It’s a tribute to BMW’s product and commitment, and we are delighted to once again represent the marque as they return with increased commitment as a Manufacturer in the BTCC.”

Significantly, the driver roll of honour for each of the three BTCC Independent, Overall and Teams Championship victories fell to Northern Ireland’s Colin Turkington.

Turkington has spent nine of his 12 BTCC seasons with the WSR-BMW team, during which he scored 26 wins over five seasons. Now, two years after claiming the outright Drivers Championship at the wheel of a previous-generation BMW 125i M Sport, he returns to the rear-wheel drive TEAM BMW with renewed vigour.

And driver talent runs deep in BMW’s 2017 BTCC campaign. Joining Turkington is Andrew Jordan, 2013 BTCC Overall Drivers Champion and three times Independent Drivers Champion – who brings with him long- term personal sponsor, Pirtek. And completing the trio is Rob Collard, a BTCC followers’ favourite and the Series’ legendary overtaker who, after his most competitive season to date in 2016, marks the tenth consecutive year he has driven a BMW in the BTCC, the last seven with WSR.

Last year, the trio of WSR-prepared BMW 125i M Sport cars contributed to a nail-biting finale that went down to the wire at the final round. Team driver Sam Tordoff was pipped at the post for the overall drivers’ title, just two points shy of victory. Nevertheless, the WSR BMW team claimed a double title success at the conclusion of the series, taking the BTCC Constructors’ crown and the Teams’ Championship once again.

Entering the 2017 season of the super-competitive BTCC, TEAM BMW has heavyweight success behind it, increased financial and technical investment from BMW UK, the skills, consistency and superb track record of West Surrey Racing, and a driver trio that collectively represents the most powerful line-up in this year’s BTCC series.

The Series commences at the opening rounds at Brands Hatch Indy Circuit on April 1st and 2nd .