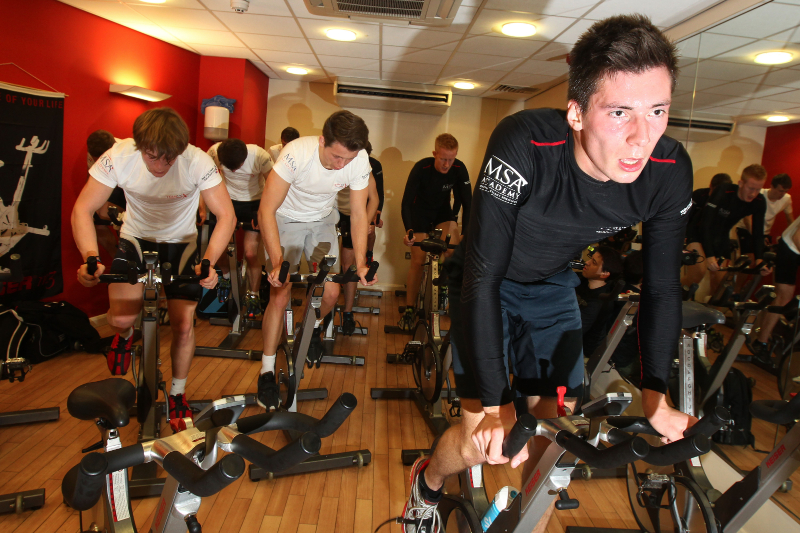 Team UK represents the pinnacle of the Motor Sports Association’s talent development pathway, the MSA Academy. This was Team UK’s first visit to Loughborough College, which has played host to top athletes from many other sports.

Some of the Team UK drivers had already trained at the state-of-the-art venue as former students on the MSA Academy’s AASE programme for 16- to 18-year-olds. The current AASE cohort was also studying at Loughborough College this week and enjoyed the opportunity to meet and interact with their Team UK peers.

The Team UK drivers training at Loughborough College were:

They were joined by MSA Academy Squad members Sennan Fielding and Ross Wylie, who were given the opportunity to work with Team UK as part of their on-going development.

Twenty-one-year-old GP3 champion Alex Lynn, who will race in GP2 this season, said: “The three days in Loughborough have been really beneficial to my upcoming racing season. Some of the lessons we’ve learned have been vital, whether it’s improving our fitness or our mobility, it’s going to help keep us from injury. Having the whole national squad together is a great morale boost and it really gives the team good energy going into the new season. The athletes who train at Loughborough College are extremely lucky to have access to such great facilities on a daily basis and it’s really a centre of excellence. Just being around this environment makes us really appreciate what we get to do as professional athletes.”

Formula Renault 2.0 NEC champion Ben Barnicoat, 17, said: “The week in Loughborough has been my first group event as a Team UK member and I’ve thoroughly enjoyed it. We’ve done a lot of challenging physical activities with the great staff at Loguhborough College, who have given us real insight into what we can do outside our normal training routines. It’s been really motivational, for example when watching top gymnasts train while attempting it ourselves; we all think we’re fit racing drivers but seeing them was very eye-opening. We’ve also done a lot of theory based workshops, for example around nutrition, which I’m certain will really help me in the future, I look forward to taking it further.