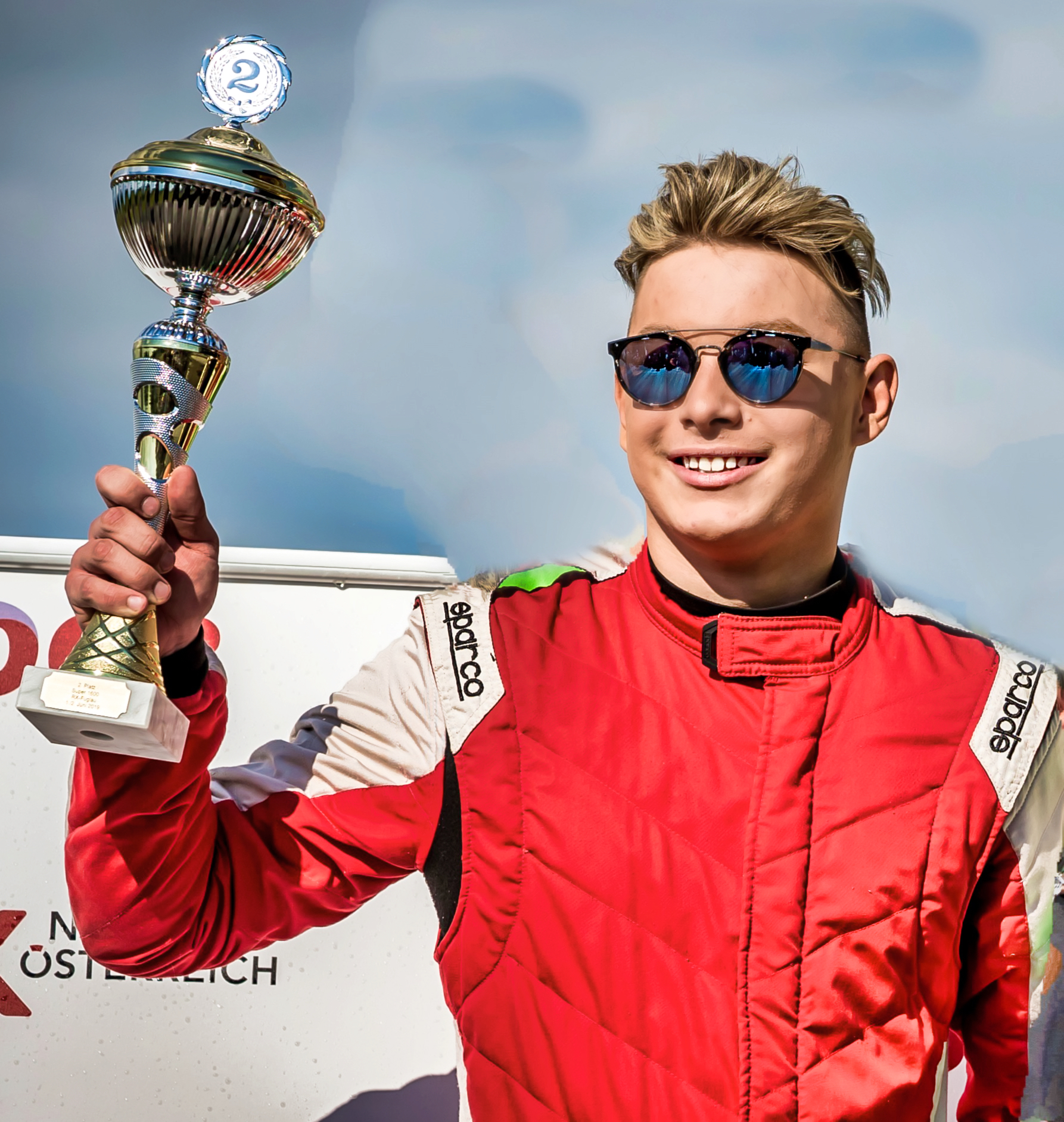 #YellowSquad has confirmed Dan Skocdopole as the first of its drivers for the 2020 RX2 International Series presented by Cooper Tires campaign, with the Czech teenager describing his graduation to the official FIA World Rallycross Championship feeder series as ‘a dream come true’.

Founded by World RX superstars and brothers Kevin and Timmy Hansen, #YellowSquad announced its intention to enter RX2 late last year, after joining forces with front-running outfit Team Färén – with the aim of discovering and nurturing the sport’s next generation.

As one of rallycross’ fastest-rising young prodigies, Skocdopole fits this template perfectly. An experienced and successful go-karter, he made a name for himself by winning the Czech Championship title in 2015, before going on to claim the WSK KRS World Series crown the following year.

The 16-year-old took his first steps in rallycross in 2018 when he contested the Italian Championship behind the wheel of a Skoda Super1600. He continued in the series last year while simultaneously making his debut in the German Championship, taking victory on his first visit to the Oschersleben circuit in October.

Skocdopole has tested a variety of rallycross machinery during his career to-date, from RX2 and Super1600 to Supercars and Electric RX. He recently sampled #YellowSquad’s RX2 car at Kalvholmen Motorstadion near Karlstad, close to the team’s base in Götene, Sweden, showcasing impressive maturity and speed in challenging weather conditions.

“I’m really excited to be joining #YellowSquad in RX2 this season!” enthused Skocdopole, whose aim is to become the youngest-ever World RX entrant and event-winner and who will dovetail his RX2 commitments with a full campaign in RallyX Nordic’s Supercar Lites class in 2020.

“It’s a dream come true to be working with Kevin and Timmy, who have proven themselves to be two of the best rallycross drivers in the world. It will be a big test for me in RX2 as I know the competition will be very tough, but I feel this is a good step in my career to take and I am ready to get going in Barcelona.

“My first test went really well and I think I am starting to get to grips with the RX2 car. It is very reactive and it demands a lot from the driver to get the most out of it. There will of course be a lot of lessons to take on-board this season, but I am looking forward to getting out on-track.”

Skocdopole will undertake an extensive pre-season preparation programme before the campaign gets underway in Barcelona on 18/19 April, including more time in the car alongside specific fitness and media training. #YellowSquad Team Principal Kevin Hansen has high hopes for his new protégé.

“This is incredible for the team!” enthused the Swede, describing RX2 as the ideal platform for young drivers to hone their skills and climb the rallycross ladder. “To have our first driver confirmed so early really drives us all at the workshop to prepare as well as we can. We believe RX2 is a perfect step for Dan at his age, as the car and competition demand hard, detailed work.

“Dan impressed us during his test. Timmy, who is Head of Driver Development, and Eric [Färén], our Team Manager, were very happy with the day together and the connection Dan and the team had was great. This is a very important point.

“The conditions couldn’t have been trickier, with a lot of rain and mud, but Dan really had a lot of skills and was able to control the car and work with the team to improve every time he was on-track. We are looking forward to the preparations we and Dan have planned before the first race weekend in Barcelona.”