THE BENTLEY BOYS ARE BACK IN TOWN 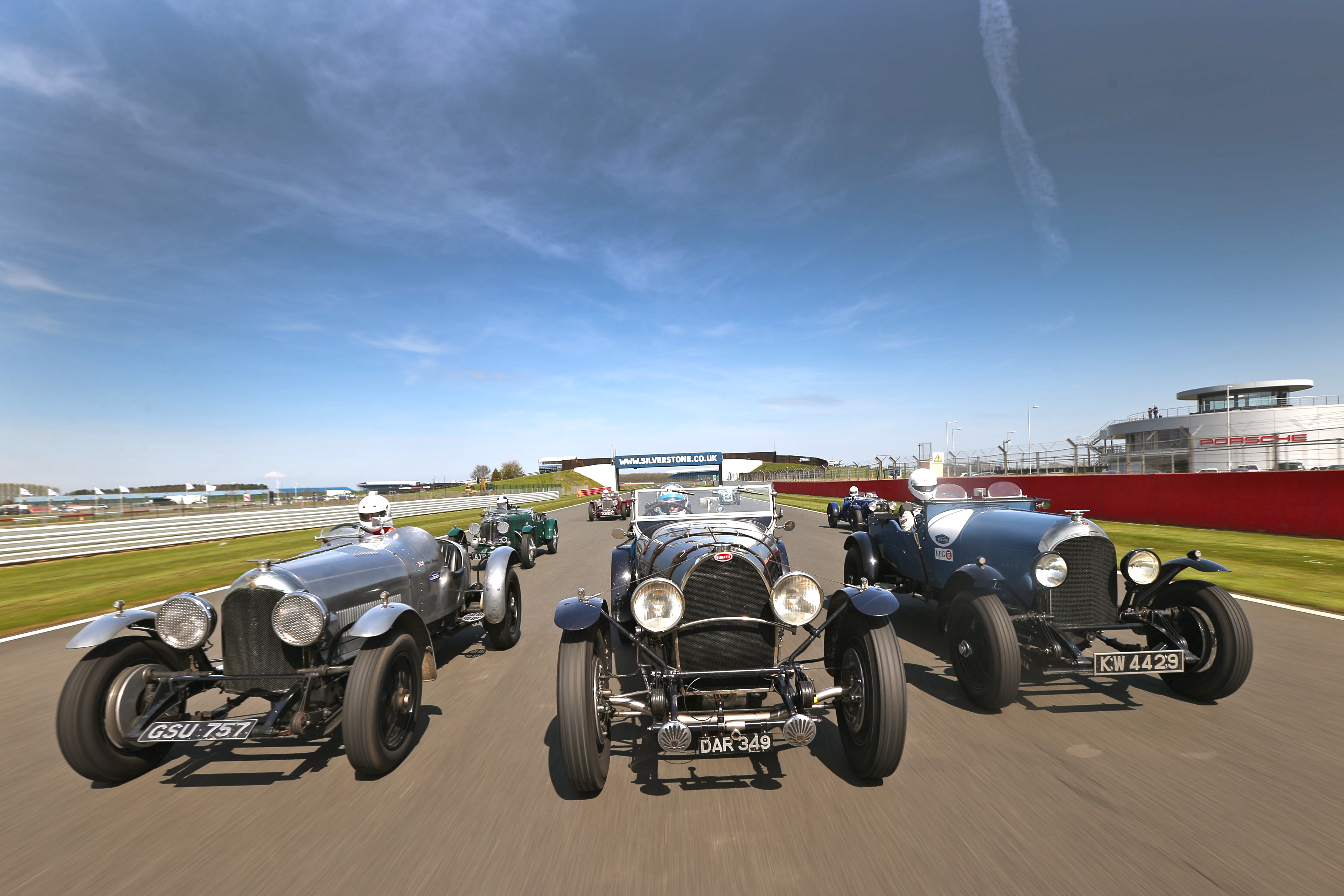 At one end of the phenomenal panorama the introduction of F1 cars from the turbocharged Senna and Schumacher era brings the story almost up to date. The return of the evocative Pre-War Sports Cars meanwhile will take festival-goers much further back in time to an epoch when the famed Bentley Boys were victorious at Le Mans in the 1920s.

Adventurer and aviator Glen Kidston was one of them and he will be honoured at this year’s Classic. Silverstone will reverberate to the magnificent sound of a huge grid of wonderful cars from that golden age in what promises to be a vastly entertaining Kidston Trophy race on Saturday morning.

Kidston had been torpedoed twice in the same morning when serving as a Lieutenant Commander in the Royal Navy. By the mid 1920s he was a submarine Commander and when not at sea he set records as an aviator, hill climbed, conducted motorcycle speed trials on sand and raced cars, winning the 1930 Le Mans 24 Hour race in the Bentley Speed Six he shared with Woolf Barnato (below top and bottom).

Having survived several serious scrapes, Kidston sadly lost his life less than a year later when the de Havilland Puss Moth he was flying broke up in mid-air during a dust storm over the Drakensberg Mountains in southern Africa.

It takes quite a grid to represent such a buccaneering character, but Motor Racing Legends has succeeded, with more than 45 eye-catching entries already received. A full complement of 50 now looks probable for a dazzling 40-minute showdown complete with a mandatory pit-stop and optional driver change.

In a race dedicated to a Bentley Boy you need a Bentley or two. The Classic will have at least nine, including the 4½-litre Le Mans of vintage Bentley guru Stanley Mann plus a pair of 3-litre machines dating back to 1924 – currently the oldest on the near-capacity entry.

At the front of the pack are likely to be the big Invicta S Type of Chris and Nick Ball, the Alta Sports of Gareth Burnett and Richard Evans, and Rudi Friedrichs in the Alvis Speed 20 SA in which he has clocked up more than 150,000 miles, including no fewer than three Peking-Paris rallies. The aluminium Frazer Nash Supersports of Fred Wakeman and Patrick Blakeney-Edwards is another potential front-runner – it’s one of at least seven Frazer Nashes rolling back the years at the Classic.

What makes the Kidston Trophy special, though, is the wildly diverse sizes and power of the competing machines, the mighty Bentleys dwarfing cars such as the Austin Seven, as the seatbelt-less drivers saw away at the wooden steering wheels and negotiate the modern Grand Prix track on narrow tyres.

“We’ve been completely blown away by the entry,” admitted Duncan Wiltshire, Motor Racing Legends Chairman. “Clearly this is going to be a very special Silverstone Classic but, even so, the response has been really, really fabulous. The amazing grid has a lovely eclectic feel to it.”

The inaugural Kidston Trophy is just one of the many, many highlights on Saturday’s packed programme. Others include BTCC champions Matt Neal and Gordon Shedden gunning for victory in the fiercely-fought U2TC race for Sixties saloons, the opening FIA Masters Formula One contest for a record field of F1 cars from the DFV era, Group C prototypes racing into the sunset and, of course, rock legends Status Quo performing live. It all adds up to a truly unmissable day of evocative entertainment.

All tickets for the 25th anniversary Silverstone Classic must be purchased in advance. Adult admission starts from £40 and ticket prices include booking fees, parking, infield, grandstands, paddock access, live music – including Status Quo – and the vast majority of the numerous attractions. Full details – together with hospitality packages and weekend festival camping – can be found on the official website: www.SilverstoneClassic.com.

Exciting news for friend of MPA @JamieChadwick as she joins @INDYNXT with @FollowAndretti for 2023 🤩 twitter.com/followandretti…