THE CHASE IS ON AT SILVERSTONE 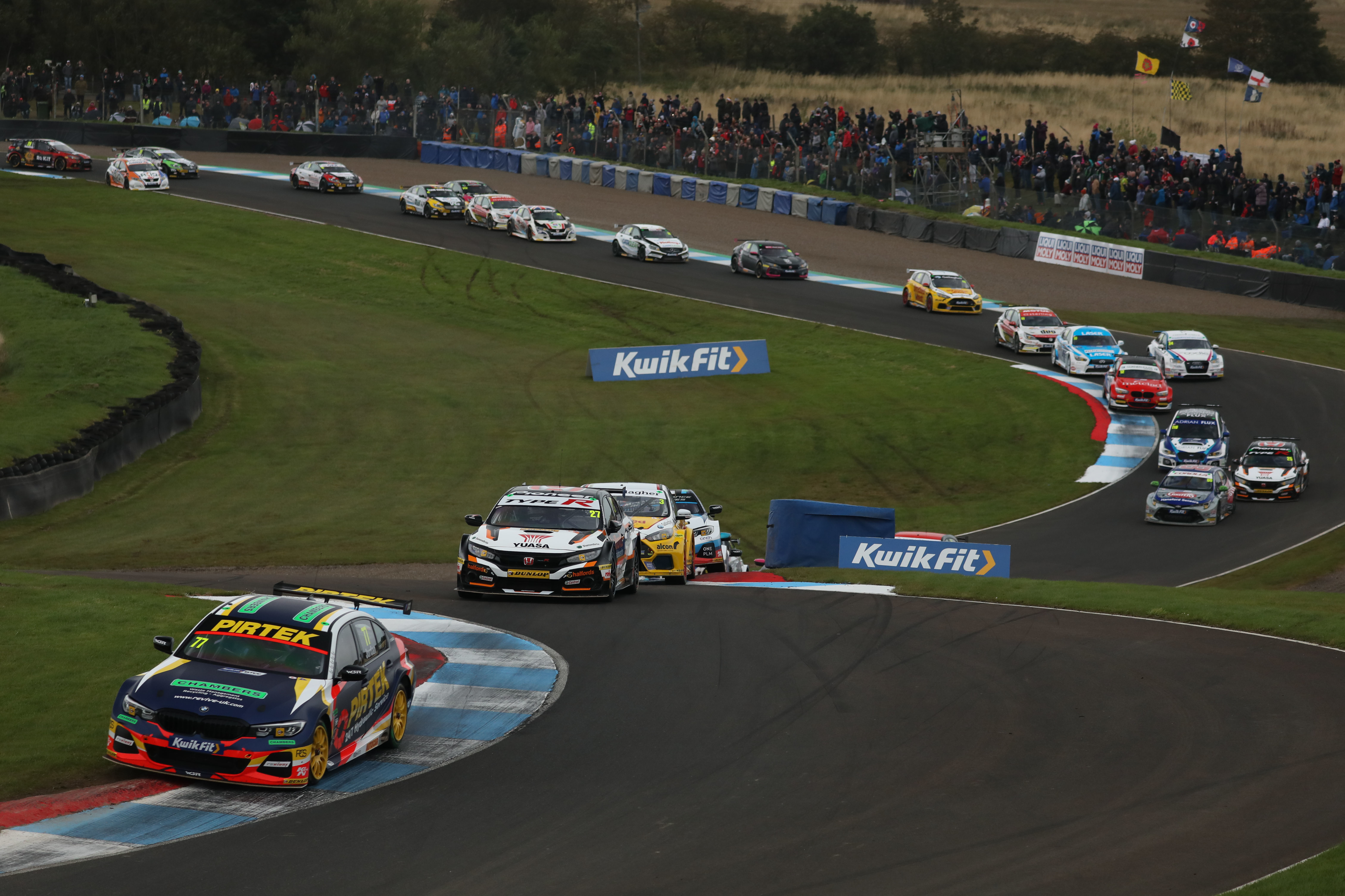 The 2019 Kwik Fit British Touring Car Championship is set for its penultimate event of the campaign at Silverstone next weekend (28/29 September), as the battle for one of the most coveted prizes in world motorsport builds towards a thrilling climax.

The visit to Knockhill in Scotland earlier this month proved to be the most pivotal race weekend of the season so far, with myriad incidents and drama that left the overall leaderboard tighter than it has been at any point during 2019.

Now, with a packed timetable, open paddock policy and tantalisingly poised title race, Silverstone is a must-attend event for any motorsport fan.

The BTCC utilises the short National Circuit layout to maximise the action for spectators, all of whom can enjoy grandstand seating at some of the world’s most famous corners included in their entry ticket price.

Long straights and tight turns make for several overtaking opportunities on every lap, so action is guaranteed throughout the race.

Silverstone regularly plays host to memorable touring car battles as the drivers try to eke out every last hundredth-of-a-second and set themselves up in the strongest possible position going into the unpredictable season finale at Brands Hatch just two weeks later.

Chasing pack poised
Team BMW’s Colin Turkington still leads the way as he looks to defend his title, but the Northern Irishman was significantly pegged back after a tough weekend north of the border last time out.

A win apiece for fellow contenders Andrew Jordan and Rory Butcher, a double podium for Dan Cammish, plus a dramatic non-finish for Turkington in race two at the tight and undulating Scottish track has really fired up the chasing pack in this year’s championship race.

“I’ve taken 11 podiums in 17 races,” reflected form man Cammish, who has reduced his own points deficit to the summit from more than 70 to just 11 in two race weekends.

“The Honda is consistently strong. It digs out results when others don’t and that’s how you win titles. We go well at Silverstone and Brands Hatch. If I’m anywhere near, the top two have got to watch out.”

So, Silverstone – the Home of British Motorsport – is primed to host one of the most important BTCC race meetings in many a year.

Tens of thousands of fans will attend the Northamptonshire circuit, whilst those not watching trackside can catch all of the action on ITV4, live and free-to-air over an eight-hour race day programme with qualifying also streamed live on Saturday.

Spectator experience enhanced
BTCC fans are set to enjoy a unique and ground-breaking experience when the series visits Silverstone, after a decision was made to reverse the pit boxes for the event.

The move will see the front of the garages now face into the paddock, rather than the pit-lane, meaning teams and drivers will carry out most of their preparation work in clear view of spectators.

The space and layout of the Silverstone paddock and pit-lane area has made this change both viable and safe. Teams’ transporters will be situated slightly further away from the pit garages, ensuring plenty of room is available for fans to view the cars and stars of the show in their garage environment.

Alan Gow, BTCC Chief Executive, said: “I think it’s a great idea – obviously, because it’s mine! But we’re doing this solely for the fans. It’ll give the teams and drivers more time to interact with the public and will really add to the whole BTCC experience for our spectators.

“Normally the garages are ‘dressed’ and set up to face the pit-lane so are really only seen by ourselves – the fans usually just get to see the back walls of the garage and all the messy bits. By effectively reversing the pit garages so that the front faces into the paddock, they will get to see everything going on inside.”

Local lights
Aside from the overall title picture, there are a host of drivers and teams looking to deliver on home soil next weekend.

Tom Ingram (Toyota), Jack Goff (VW) and Matt Simpson (Honda) can all regard Silverstone as a local track.

One of the main hopes for a home win is High Wycombe-based Ingram, as the Team Toyota GB with Ginsters star has already tasted victory in the new Corolla this season and has won at Silverstone in each of the past three years.

Plato is the other big name gunning for glory at Silverstone – based in nearby Oxford for much of his career, the vastly experienced racer has an incredible affinity with the famous Northants circuit.

Twelve race wins there put Plato well ahead of any other current BTCC driver in the history books, so where better for the tin-top legend to open his 2019 account?

Timetable and tickets
All three BTCC races on Sunday, 29 September and the rest of the day’s action will be broadcast live and in high-definition on ITV4. Those in attendance at the circuit can stay in touch with the commentary and live timing from every session, available at btcc.net/live throughout the weekend.

The support series on the TOCA package are also guaranteed to thrill, with a double-digit total of races set to entertain the crowds, and a number of championships on the line!

Tickets are still available via Silverstone. Prices start at just £18, with children under 15 able to enter free of charge with a General Admission ticket. For more information or to order tickets, head to www.silverstone.co.uk