By Emma Illman18th May 2021Uncategorised 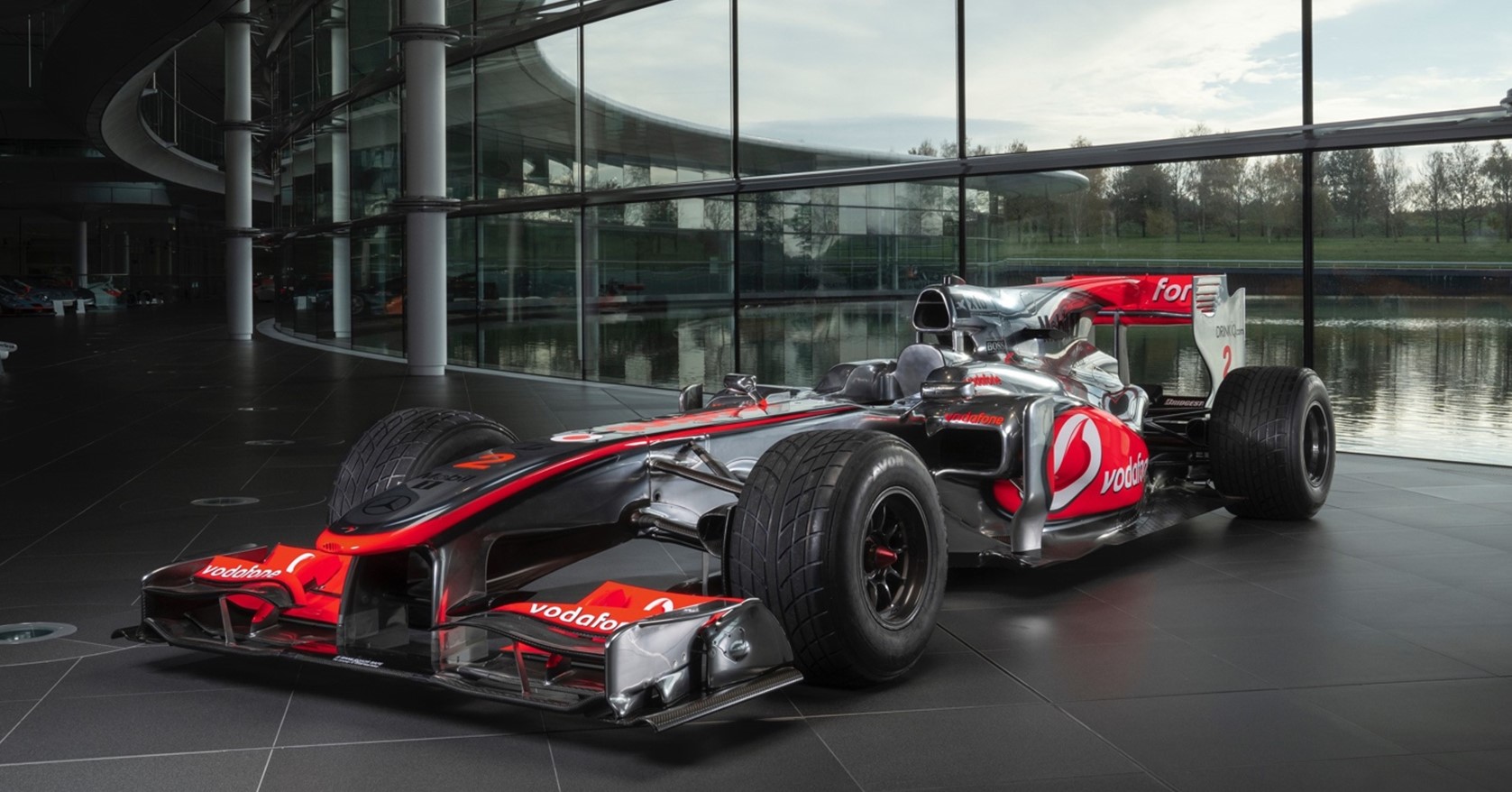 Formula 1® together with RM Sotheby’s have announced a very special, single lot auction of the 2010 McLaren Mercedes MP4-25A Formula 1® Race Car, (estimate: $5,000,000 – $7,000,000) to take place at the FORMULA 1 PIRELLI BRITISH GRAND PRIX 2021™. The auction will take place on the Saturday afternoon of the race weekend, immediately prior to the first-ever Sprint Qualifying Race. In keeping with the series of firsts, this sale marks the first time any Lewis Hamilton F1 Race Car, let alone a Grand Prix winning car has ever been offered for public sale.

In over 70 years of Formula 1® and 40 years of RM Sotheby’s, the sale of this GP winning McLaren Mercedes at speed, at a Grand Prix circuit, on race weekend represents a true first of its kind. The auction event is, in so many ways, emblematic of the driver himself. A man who has eclipsed all major records with no sign of slowing. Hamilton has become a Global Icon that transcends the automotive world – currently the most dominant and talked about driver in F1, but yet a gentleman competitor always, showing great deference to the giants that preceded him and whose shoulders he stands upon as the face of the world’s biggest annual sporting series.

The McLaren MP4-25A, powered by the Mercedes-Benz FO 108X 2.4 litre V8 engine, proved to be a major improvement on its predecessor, in part due to the innovative ‘F-duct’ incorporated into its design; the system’s effect being controlled by the driver covering up a small hole in the cockpit with his left leg. The design innovation along with a host of other improvements helped reduce aerodynamic drag and allowed the car as much as an extra 6 mph (9.7 km/h) on straights.

In the 14 years since his F1 baptism in Melbourne in 2007, Lewis Hamilton has competed in 270 Grands Prix, winning 98 and enjoying a further 71 Podium finishes, he has amassed an incredible 100 Pole Positions, 3,872 Points and led for over 5,170 Laps; each milestone reinforcing his reputation at the very pinnacle of the sport and each achieved with recognition and thanks to his team and respect to his rivals.

Now a 7-time F1 World Champion and 2021 Laureus Athlete Advocate of the Year Lewis has become a global force across multiple arenas – a talented fashion designer, skilled musician, Hollywood tastemaker, social activist, champion for environmental change as well as the most successful Formula 1® driver of all time. Lewis Hamilton is a global icon whose dynamism and passion for initiating change commands as much attention and respect crossing the finish line as he does as on the red carpet of the MET Gala.

The availability of this particular example, Chassis no. 1 is an unrepeatable opportunity given the model’s scarcity. While client confidentiality precludes knowing exactly how many cars exist in private ownership, it’s believed to be only a scarce few. As such these examples remain highly coveted and largely in private hands, unlikely to be sold in the near future. Furthermore, the McLaren Mercedes represents a car that can still be track driven and supported by the original factory teams as part of individual Heritage departments.

Kate Beavan, Director of Hospitality and Experiences at F1 said:
“We are delighted to extend our partnership with RM Sotheby’s in announcing the first-ever sale of a Lewis Hamilton F1 GP winning car. The timing of the sale couldn’t be better, a little over ten years on from Lewis’ race win #12 in Istanbul, the car will be offered for public sale at Silverstone, home of Formula 1 racing;  and the wake of Lewis surpassing Michael Schumacher’s all-time F1 race wins total. After the huge success of our Abu Dhabi sale in 2019, this very special event will see us actually auction an F1 car, while it is being driven around an F1 circuit. It is an incredible stage upon which to sell this iconic car.”

Shelby Myers, Head of Global Private Sales, RM Sotheby’s, said:
“RM Sotheby’s is thrilled to partner, once again, with Formula 1 and bring this amazing motor sport consignment to the  FORMULA 1 PIRELLI BRITISH GRAND PRIX 2021. The McLaren MP4-25A, chassis no. 01, is well beyond special; it represents one of the finest McLaren’s ever made available for sale. Its history of wins, podiums and fastest laps at the hands of Lewis and Jenson make it a truly unique piece of motor racing and motor sport history and we are excited to be able to bring it to sale in a year that has seen Lewis Hamilton surpass virtually every record previously held. The McLaren represents the very pinnacle of performance and its desirability is virtually unmatched as simply no other Lewis Hamilton cars have changed hands. An incredibly exciting opportunity made even more exhilarating by the manner in which the car will be sold.”