THE FORCE COMES NORTH: NEXT STOP CROFT FOR ALL-ACTION BTCC! 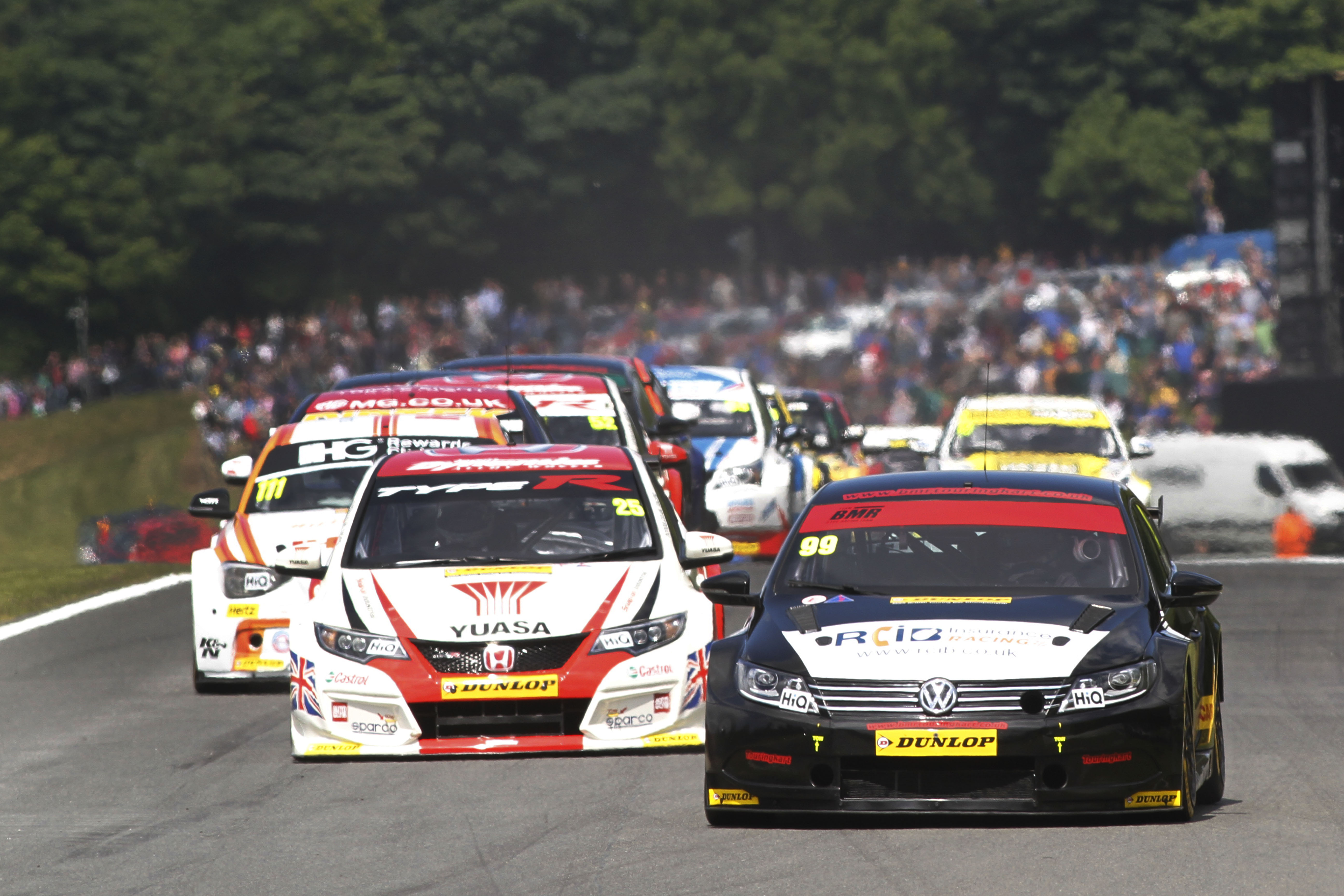 Having made its debut at Croft back in 1997, the BTCC has since become a staple fixture on the calendar of the north-east’s premier motor sport venue – invariably drawing in fans in their droves.

The wheel-to-wheel, doorhandle-to-doorhandle nature of the BTCC is a guaranteed crowd-pleaser, and the key to its enduring success. What’s more, the calibre of the drivers is second-to-none, with many regarding it as the world’s toughest and most spectacular tin-top series.

Arriving at Croft, the field is led by ‘local’ hero Jason Plato – who grew up in nearby Tyneside – but with just 13 points blanketing the top four protagonists and countless other potential race-winners in the fray, the two-time champion’s 29 rivals are all eager to make sure his life is anything but easy.

Then there is Adam Morgan in the striking WIX Racing Mercedes A-Class, Yorkshire’s own Sam Tordoff in the Team JCT600 with GardX BMW 125i M Sport, Árón Smith – who has shown some scintillating raw pace so far this season for scant reward – and multiple World Touring Car Champion Andy Priaulx, who is very much still a force to be reckoned with. All the ingredients are firmly in-place for a classic Croft cracker.

There will even be a new face making his BTCC bow at the weekend in the shape of Nicolas Hamilton, brother of two-time Formula 1 World Champion Lewis Hamilton. Just a week before his elder sibling attempts to tally his third triumph in the British Grand Prix, the 23-year-old will take to the track at Croft in an AmD Tuning-run Audi S3.

Hamilton is keen to quickly get to grips with the cut-and-thrust of the ever-unpredictable BTCC, but the thrills ‘n’ spills do not end there, with no fewer than five fiercely-contested support series on the Croft bill.

The Porsche Carrera Cup GB brings together almost 30 flame-spitting Porsche 911 GT3 Cup cars, whilst the pocket rockets in the Renault UK Clio Cup provide some of the closest racing anywhere in the country and a crop of precociously talented 14-to-17-year-olds showcase their ability in the KICK Start Energy Ginetta Junior Championship.

Not forgetting, of course, the teenage sportscar series’ big brother – the Michelin Ginetta GT4 SuperCup – and the Formula 1 stars of the future doing battle for supremacy in the new-for-2015 MSA Formula. There really is something for everyone.

“The BTCC has been coming to Croft for almost 20 years now, and it’s always a fabulous weekend,” enthuses circuit manager Mike Cantelo. “This is the only chance to see Britain’s premier motor sport championship live in the north-east of England, and whilst the television coverage is fantastic, there really is no substitute for getting right up close to the action.

“There is some superb viewing at Croft, and our open paddock policy makes it a truly family-friendly weekend, with plenty of opportunities to meet and chat to the drivers and grab an autograph or ‘selfie’ with the stars. Plus, with the championship as competitive as it is right now, anything could happen when the BTCC boys take to the track. Fireworks are guaranteed – you’d be mad to miss it!”