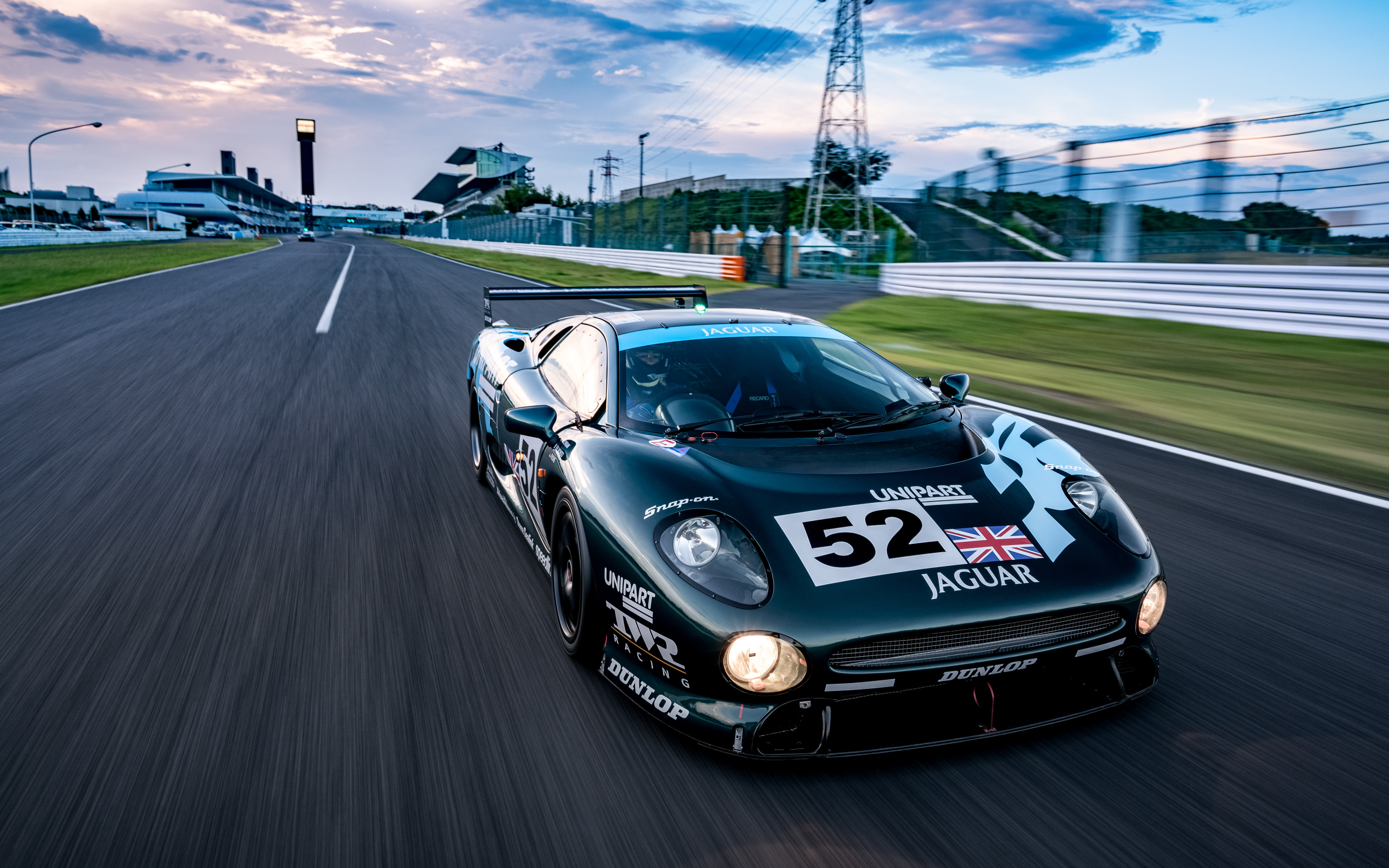 Celebrations to mark the 25th anniversary of Jaguar’s fabulous XJ220 at next month’s Silverstone Classic (28-30 July) just got bigger and better, with news that Saturday’s record-breaking track parade will be fronted by the three-car Le Mans team from 1993. What’s more, adding to the amazing sense of occasion, all three will be resplendent in their original period liveries.

The XJ220C competition version of Jaguar’s remarkable mid-engined two-seater was launched just months after the first customer cars were delivered in June 1992 (hence the 25th birthday celebrations) and a three-car TWR JaguarSport factory-backed team was entered into the increasingly-important GT class at the following year’s running of the famous French endurance classic.

Both the #51 and #52 cars succumbed to engine issues but the #50 car survived to finish the 24 Hours in an impressive tenth overall and take top class honours in the key GT category.

The XJ220Cs had been running under appeal for not racing with catalytic converters. They were later deemed to be totally legal as they had been entered under American IMSA regulations, though a month later the French still controversially disqualified the victorious Brabham, Coulthard and Nielsen ‘winner’ as the paperwork for the original appeal had been wrongly filed.

Come the stunning XJ220 track parade at the Silverstone Classic, the #50 Le Mans car will rightly be back on pole position, flanked by #51 and #52. The first (below top and bottom) is owned by renowned classic car dealer and race preparation experts JD Classics, while the other two have recently been restored to their respective former glories – and racing colours – by XJ220 specialists Don Law Racing. Sensationally, #51 (above) is coming all the way from Japan just to be part of these magical 25th anniversary celebrations.

“This really is the icing on the cake,” enthused Nick Wigley, CEO of Silverstone Classic organiser Goose Live Events. “We believe this will be the first time since they lined-up at Le Mans that three XJ220Cs team cars have been seen together, ensuring this a very, very special occasion. I must thank all three owners for helping us to make this sensational reunion a reality.”

The Jaguar XJ220 showcase will take place on the Saturday of the Silverstone Classic and will not only feature the three Le Mans racers, but also record numbers of XJ220 road cars plus the unique XJ220 van (below middle right) – a 170+mph test-bed built to enable JaguarSport to put the twin-turbo V6 engine and transmission through their paces in secret well before the final supercar was revealed.

The birthday party has also attracted some special guests, including Jim Randle and Keith Helfet (below middle left) – the former was Jaguar’s Engineering Director and the inspiration behind the original XJ220 Concept Car while Helfet penned its stunningly ageless design.

Fans wishing to be part of these extraordinary record-breaking XJ220 celebrations must purchase tickets in advance. Adult admission starts at £43 and weekend camping and hospitality upgrades are available. All tickets provide access to racing paddocks, trackside grandstand seating, live music concerts on both Friday and Saturday evenings featuring the Bootleg Beatles and Tony Hadley formerly of Spandau Ballet, vintage funfair rides, air shows and car club displays as well as a host of other family-friendly demonstrations, activities and entertainment.

Full ticket details and all the latest news is available on the official website: silverstoneclassic.com and via the event’s social media platforms.