THRUXTON BURSTS BACK INTO LIFE WITH SUCCESSFUL PRE-SEASON TEST 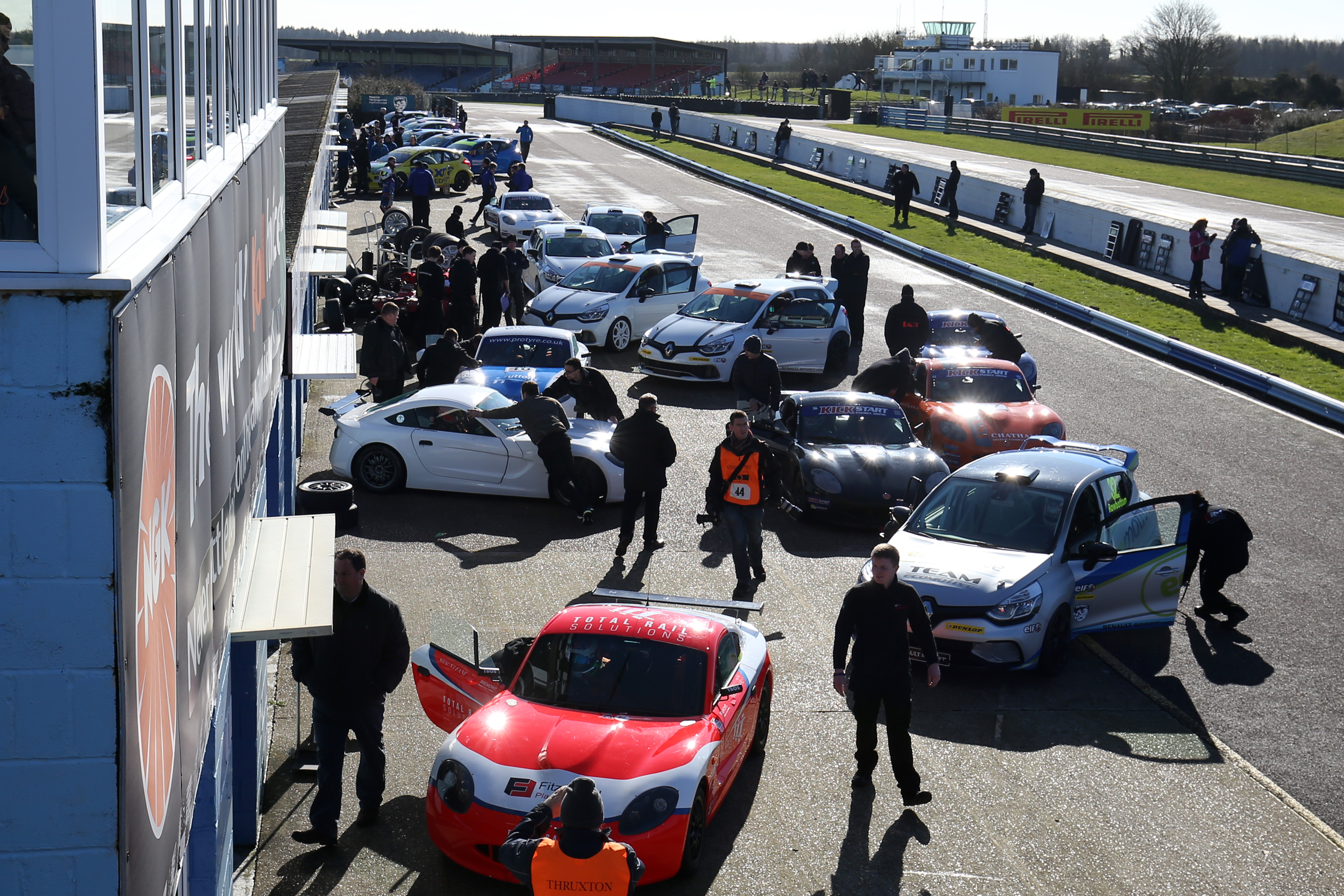 Thruxton kick-started its 2016 motor sport campaign in fine style this week, with a busy pre-season test that gave participants the opportunity to get some crucial mileage under their belts come both rain and shine.

Whilst not exclusively TOCA-oriented, Dunlop MSA British Touring Car Championship competitors and support series drivers and teams made up the majority of the 50-plus entries at the two-day test around Britain’s fastest circuit.

Defending title-holder Gordon Shedden put in an appearance on day two as Wednesday’s showers made way for wall-to-wall sunshine, with the Scot taking advantage of the clement conditions to further hone Honda’s potent new Civic Type R, carefully camouflaged until its 2016 livery is unveiled.

There was something of a Civic community in Hampshire, indeed, with Jeff Smith and Martin Depper taking to the track for Eurotech Racing alongside series newcomer Matt Simpson in his Speedworks Motorsport-run car.

The BTCC boys shared the circuit throughout the test with protagonists from the Renault UK Clio Cup, MSA Formula, Ginetta Junior Championship and Ginetta GT5 Challenge – and 2013 title-winner Jordan confirmed that it had been a positive and productive pre-season outing.

“It’s been good,” said the man who annexed pole position at Thruxton every year between 2012 and 2014 and still holds the BTCC qualifying lap record. “We’ve done enough running and got somewhere near with the baseline set-up for the wet. It’s the first time we’ve tried out the new suspension kit in those conditions actually.

“Despite a minor issue that cut Thursday short for us, it was another very promising day and our pace was there or thereabouts throughout. I always love driving here. Thruxton is so quick and probably my favourite circuit. You’ve got to be brave but you’ve also got to have a bit of finesse; you’re almost dancing with the car.”

Jordan and the rest of the high-calibre BTCC grid will return to Thruxton for the race meeting on 7/8 May, with advance tickets available from just £11 at http://www.thruxtonracing.co.uk/racing/btcc or by calling 01264 882200 and selecting Option 1. Prior to that, there will be an official TOCA support series test on 7 April.

“Our February test is invariably a great way to herald the beginning of a new motor sport season,” enthused Thruxton Group Managing Director Bill Coombs. “We’ve had a lot of cars out on-track, and they’ve been able to benefit from both dry and wet conditions so they’ve got plenty of useful running in.

“Although it was only testing, there was certainly a competitive element to proceedings – which augurs well for a fiercely-fought and phenomenally entertaining BTCC race meeting here in May. It’s shaping up to be a thriller!”