THRUXTON POISED FOR TIN-TOP THRILLS AS BTCC SPEEDS INTO TOWN 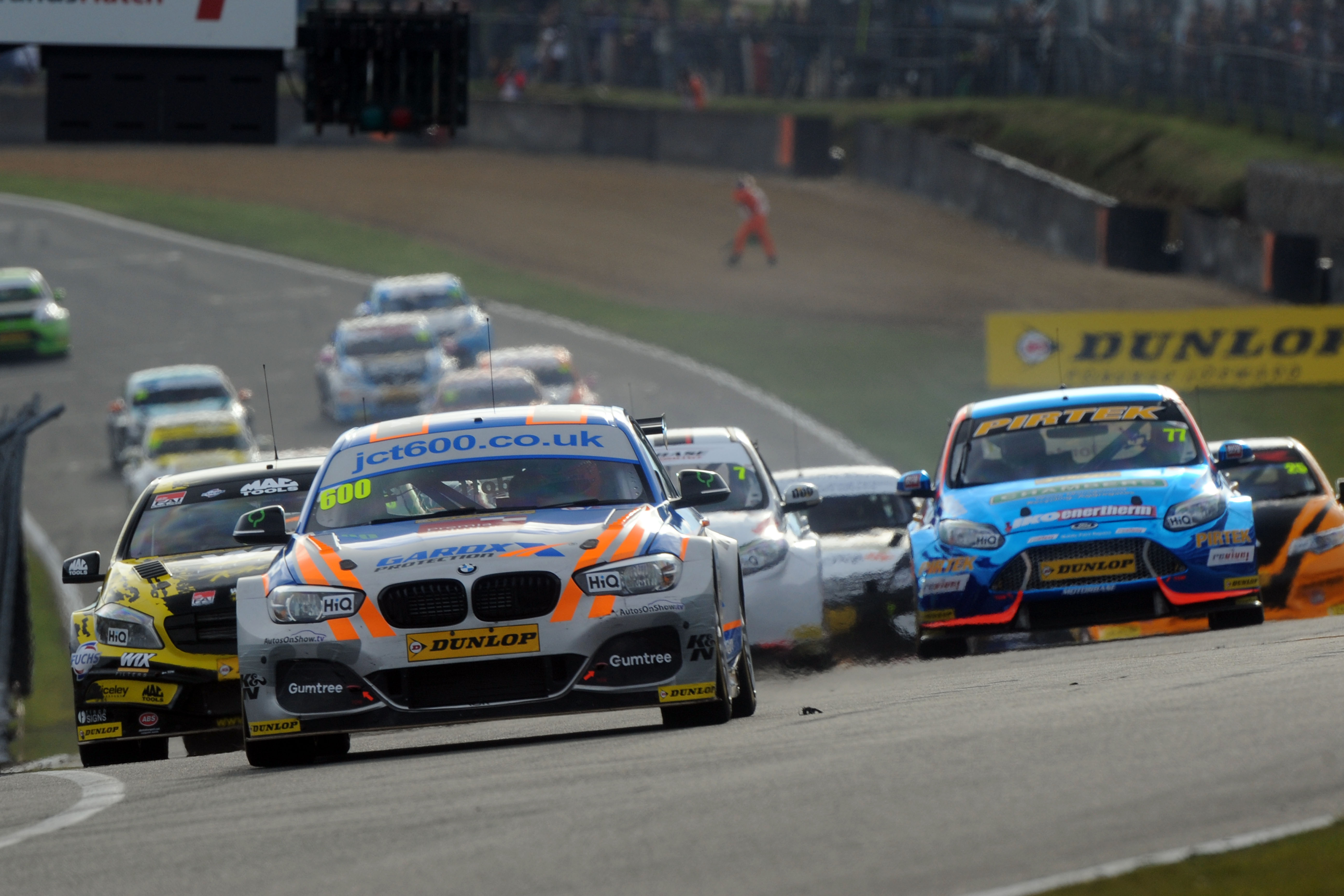 The UK’s fastest racetrack will play host to the country’s biggest motor sport series in a fortnight’s time, as the hugely popular Dunlop MSA British Touring Car Championship (BTCC) heads to Hampshire for an action-packed weekend on 7/8 May.

The BTCC is currently enjoying a vintage campaign, with six different winners from the first six races – and all manner of high-octane shenanigans throughout the field. More than 30 flame-spitting touring cars will take to Thruxton’s flat-out sweepers for what is renowned as one of the most challenging events of the season – and certainly the quickest.

In terms of the contenders, multiple champions Matt Neal and Gordon Shedden lead the way behind the wheel of Halfords Yuasa Racing’s potent Honda Civic Type R. With its UK HQ located in nearby Swindon, the Japanese manufacturer has invariably shone around Thruxton, but the 2016 formbook suggests that it would be wise to expect the unexpected.

Ingram’s triumph marked a BTCC breakthrough, and the 22-year-old is just one of a new wave of young talent working its way up the order in the world’s most fiercely-disputed tin-top series. Others to watch out for include Jack Goff in the Team IHG Rewards Club BMW 125i M Sport – currently sitting third in the drivers’ standings – Sam Tordoff in a similar car run by Team JCT with GardX and MG Racing RCIB Insurance duo Josh Cook and Ashley Sutton.

Like Eversley’s Collard and Goodestone Racing ace Dan Welch from Fleet, Cook (Bath) is also a Thruxton local, whilst Sutton stunned observers by clinching pole position last time out in only his second BTCC appearance. Former title-winners Colin Turkington and Jason Plato, by contrast, are progressing the development of the brand new Subaru Levorg for Silverline Subaru BMR Racing.

Jackson’s Motorbase team-mate Andrew Jordan is always in his element at Thruxton, and fan-favourite Rob Austin is sure to wow the crowds again following his switch to Handy Motorsport’s front-wheel-drive Toyota Avensis this year. There will also be a welcome BTCC return for Daniel Lloyd with Eurotech Racing, and Emmerdale actor Kelvin Fletcher will inject a dash of showbiz glamour as he continues his touring car apprenticeship with Power Maxed Racing.

Support acts include the fast-and-furious Renault UK Clio Cup, the ever-entertaining Ginetta Junior Championship for 14-to-17-year-olds, MSA Formula featuring the F1 stars of tomorrow and the sportscar-focused Ginetta GT5 Challenge. The action will rev into life at 10.00 on Saturday, 7 May and 10.45 on Sunday, 8 May, with a Pit-Lane Walkabout and Autograph Session at 09.50 on Sunday to allow fans to meet their heroes and grab a cheeky selfie or two.

“It barely seems any time at all since the BTCC boys were last blasting around here, and now we’re eagerly preparing for their return,” enthused Thruxton Group Managing Director Bill Coombs. “In my opinion, it’s some of the most exciting racing you will ever see, with big personalities and household names going wheel-to-wheel at speeds of up to 160mph.

“Drivers relish the challenge that Thruxton presents, due to the fact that this is a circuit that truly rewards bravery and finesse. That makes for thrilling doorhandle-to-doorhandle duels in the BTCC and throughout the support series. It’s a spectacular show for all the family – and a great way to spend a sunny spring weekend!”

Discounted advance tickets are on sale from just £11 for Saturday, 7 May and £26 for Sunday, 8 May, with weekend tickets including Paddock Pass available for £38. They can be purchased online at http://www.thruxtonracing.co.uk/racing/btcc or by calling 01264 882200 (Option 1). Accompanied children aged 15 and under are admitted free.