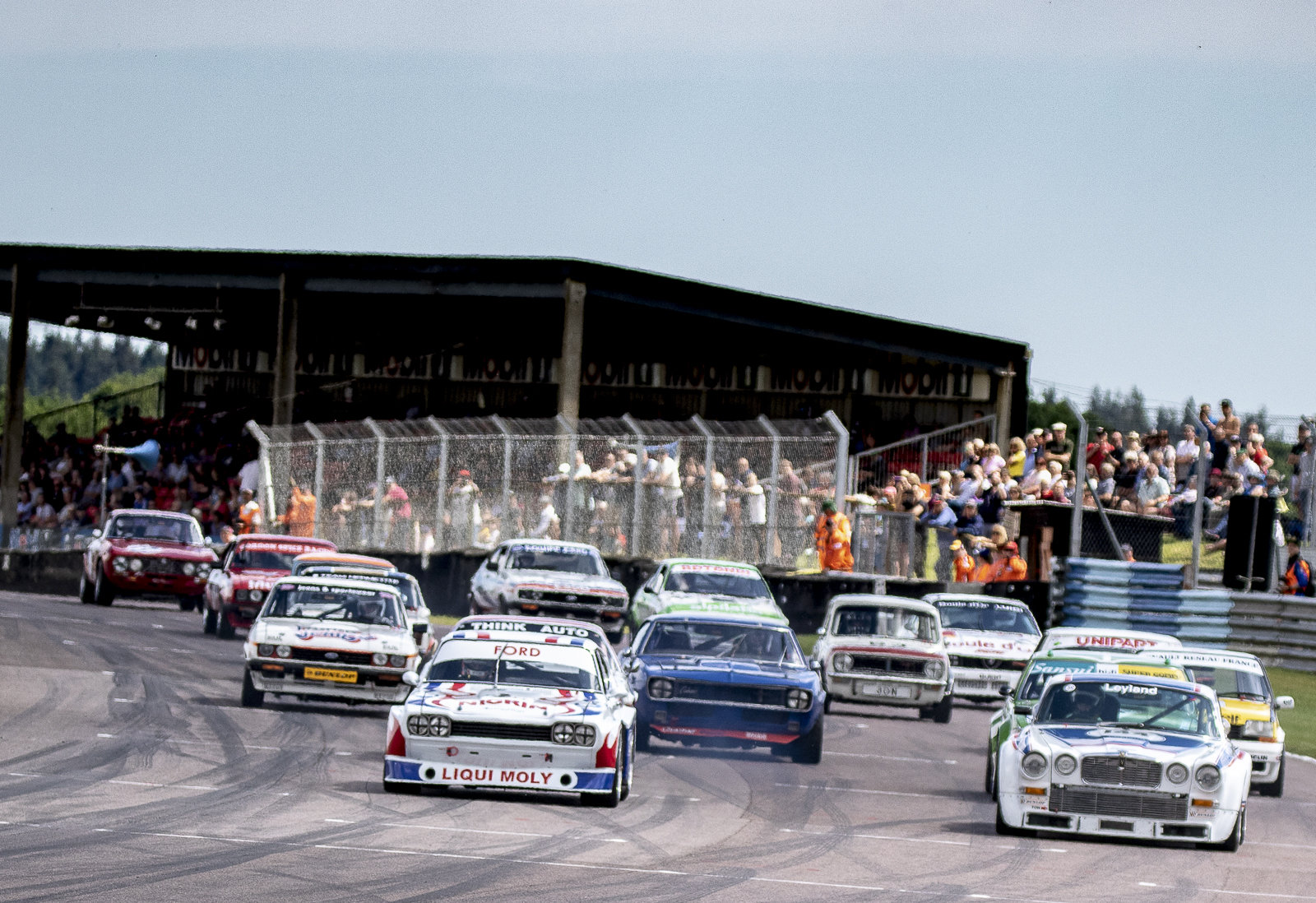 The wait is almost over. Twelve months on from the circuit’s hugely successful 50th birthday party, the Thruxton Motorsport Celebration – powered by Motor Sport Magazine – will rev into life this weekend (1/2 June), bringing with it an air of nostalgia and ‘days gone by’ to the popular Hampshire venue.

Appropriately enough for a festival honouring the very best in motoring, motorsport and one of the golden eras of aviation, the rapidly approaching Thruxton Motorsport Celebration will take place at Britain’s fastest racetrack, which previously served as an RAF airfield.

A mouth-watering array of sensational sportscars, flame-spitting saloons and evocative single-seaters will thrill the crowds, with no fewer than 15 races on the bill as the past comes back to life for the weekend.

Boasting all-round family appeal, the event truly does have something for everyone, with a tremendous variety of high-octane activities across the two days. Both modern and historic cars will take to the circuit for races and high-speed demonstration runs, offering spectators the opportunity to reminisce about bygone eras and marvel at cutting-edge motorsport technology.

One of the most compelling stories will be told in the RAC Woodcote Trophy/Stirling Moss Trophy races, in which two old rivals will go head-to-head for the first time in almost seven decades. Piloted respectively by Roy Salvadori and James Scott-Douglas, the Frazer Nash Le Mans Replica and Ecurie Ecosse Jaguar XK120 finished fourth and sixth in the 1952 British Empire Trophy race on the Isle of Man’s Douglas street circuit. Sixty-seven years later, the cars will be reunited in the hands of father-and-son duo, Steve and Josh Ward.

Flashbacks to yesteryear will continue with a ‘Battle of Britain’ flypast scheduled for both days, which will undoubtedly grab the attention of aviation fans. This magical moment will feature one of just six Hawker Hurricanes left in the country as well as the legendary Douglas C-47 Dakota military transport aircraft.

Back down on terra firma, local motorcycling hero Tommy Bridewell (Devizes) will wow spectators aboard his 2019 Bennetts British Superbike Championship challenger – the potent Oxford Racing Ducati. Accompanying the Wiltshireman on-track will be a host of iconic racing cars, including some of Lola’s most successful designs such as the rip-roaring V8 T332 and the T70.

A variety of car clubs will make the journey from across the UK, from the MX-5 Owners Club – celebrating its 25th anniversary in 2019 – to the Porsche Club GB and the GT40 Enthusiasts Club, all of whom will be exhibiting stunning examples of truly classic cars. Thruxton’s impressive collection of resident supercars will similarly take pride of place.

Add into the mix coach rides around the circuit, sideways skid pan experiences, axe-throwing for the ultimate thrill-seeking experience and live music on Saturday evening from classic rock tribute band ‘The Cellarats’, and all the ingredients are firmly in place for another retro-themed blockbuster.

“The Thruxton Motorsport Celebration really does offer fun for the whole family,” enthused Thruxton Director, Bill Coombs. “There will be so much to do across the two days and something for everyone. For me, particular highlights will be the Frazer Nash / Ecurie Ecosse Jaguar face-off, and seeing Tommy Bridewell on his 2019 BSB bike – a nice little teaser for fans ahead of the summer race meeting in a couple of months’ time.

“The Battle of Britain flypasts will similarly be great to watch and will I’m sure bring back some memories, while the sheer number of classic cars going on display will unquestionably be a sight to behold. Both on and off-track, the weekend promises to be a flat-out thrill ride from start to finish.”

Tickets for the Thruxton Motorsport Celebration are still available to purchase on the gate, priced at just £15 for Saturday entry and £25 for Sunday. Accompanied children aged 15 and under will be admitted free of charge. For further information, visit thruxtonracing.co.uk/racing/celebration or call 01264 882222.