THRUXTON REAPS THE REWARDS OF IMPROVEMENTS AT ULTRA-BUSY BTCC

By Russell Atkins13th May 2015NEWS 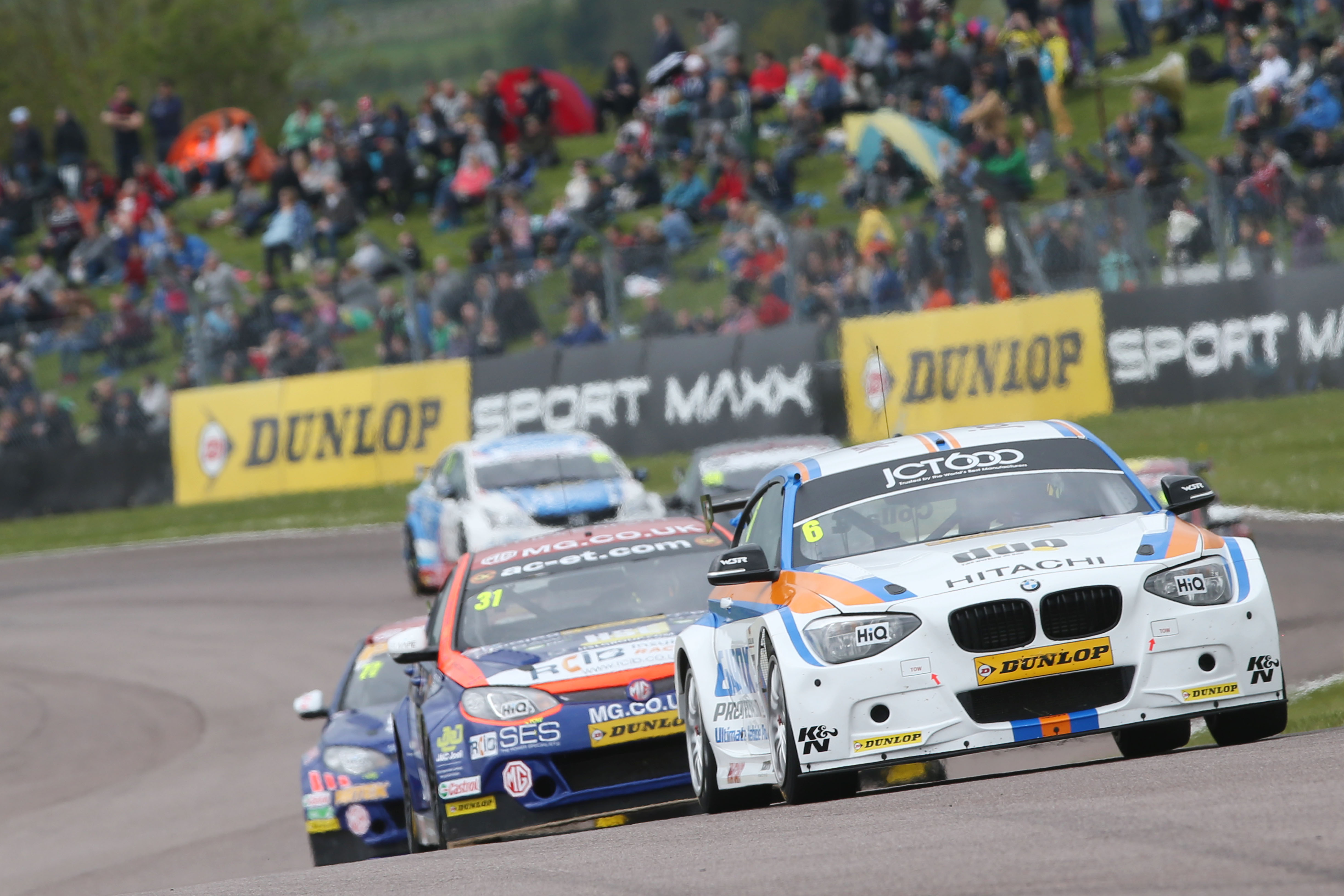 Motor sport fans poured into Thruxton in their droves last weekend (9/10 May), as the Dunlop MSA British Touring Car Championship made its annual visit to the fastest circuit in the country and spectators and competitors alike felt the benefits of the venue’s recent raft of improvements.

The BTCC is traditionally one of the biggest and busiest events on Thruxton’s calendar, and the 2015 edition was no different, as hordes of motor sport aficionados and interested locals descended upon the popular, high-speed Hampshire track.

Over the off-season, much work took place to further enhance the safety of the flat-out right-hander at Church – the fastest and most demanding corner in Britain – via the first phase in a series of run-off and barrier alterations.

Spectators also enjoyed better core facilities than ever before, including more hard-standing areas and stoned walkways and an improved PA system. Thousands of fans were able to lap up all the excitement as the likes of Gordon Shedden, Jason Plato, Adam Morgan, Matt Neal and hometown hero Rob Collard went literally wheel-to-wheel and doorhandle-to-doorhandle around Thruxton’s famous sweeping curves.

“What a brilliant event!” enthused Thruxton Group Managing Director Bill Coombs. “We were delighted to see so many people coming through the gates on both days, and we received a lot of positive feedback from both competitors and fans.

“We were particularly pleased to hear drivers’ enthusiastic comments regarding the changes made to Church, and whilst we’re aware that there remains work to do as part of our multi-year plan, it was encouraging to see that the steps forward that we have made across the board are taking us in the right direction.

“Better yet, the racing was absolutely thrilling from the headlining BTCC through all the support series, generating great entertainment that evidently went down very well with an appreciative crowd. The success of the whole weekend is a credit to the first-rate operational team that we have in place here, as well of course as the BARC officials, medical team, marshals and everybody who played a part in marketing and ticket sales.

“Far from resting on our laurels, though, we are already focusing full-speed ahead on our next major event, which will be the BTRA British Truck Racing Championship on 13/14 June. These 5.5-tonne, 1,200bhp behemoths are capable of accelerating from 30-100mph in under six seconds, and seeing them thundering flat-out around Thruxton truly is a spectacle like no other. It’s going to be sensational!”

Truck racing tickets can be purchased in advance by calling 01264 882200 (Option 1) or visiting http://www.thruxtonracing.co.uk/racing/trucks, priced at just £8 for Saturday, 13 June and £16 for Sunday, 14 June, with weekend tickets available for £20. Grandstand seats are an additional £3 on Saturday and £5 on Sunday. Accompanied children aged 15 and under are admitted free.