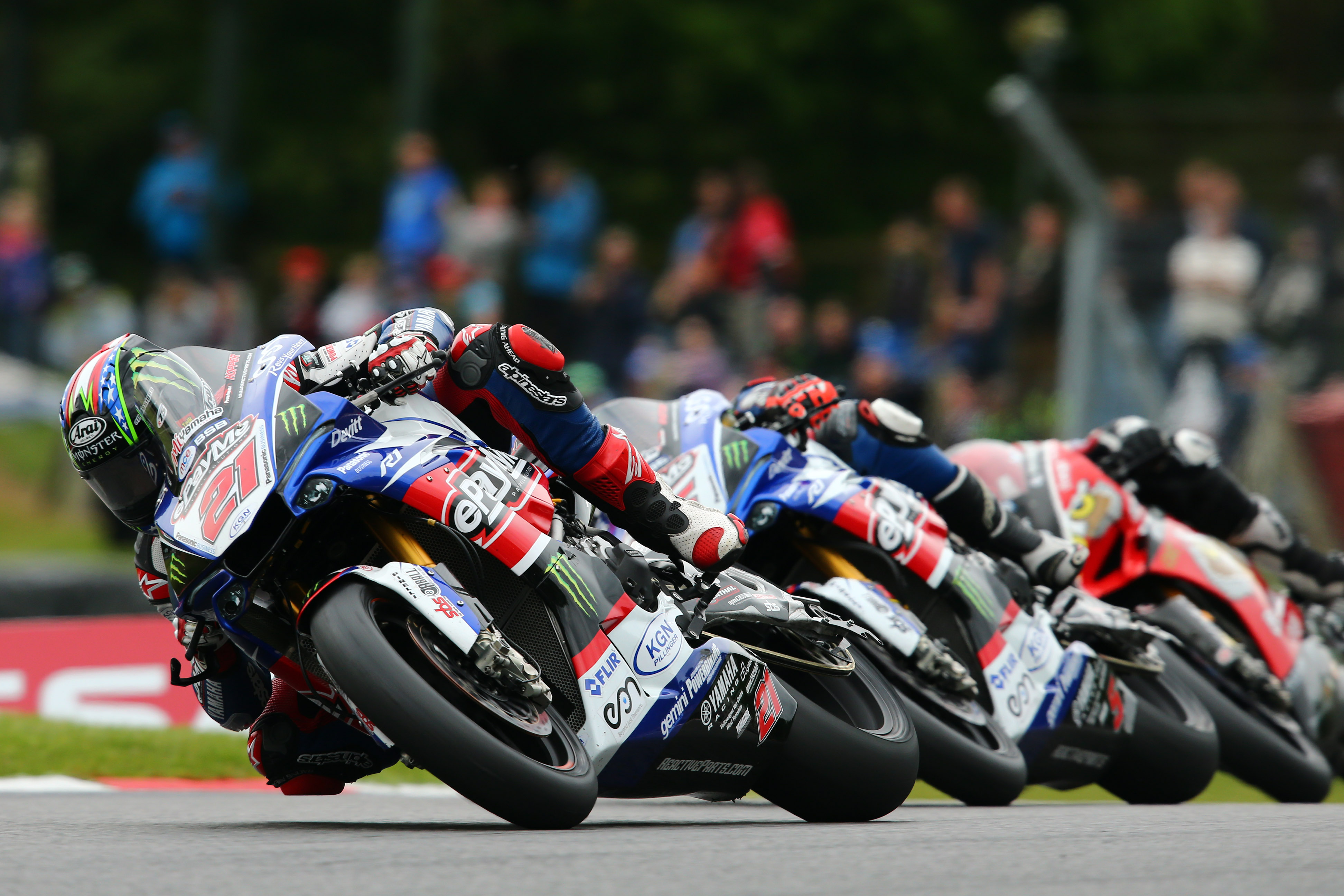 The MCE Insurance British Superbike Championship (BSB) is roaring full speed ahead for the fastest and most fearsome circuit in the country next weekend (22-24 July), as the UK’s biggest motor sport series gears up to thrill the Thruxton faithful.

For fans of two-wheeled racing in Britain, BSB is the absolute pinnacle, as evidenced by the fact that the top two in this year’s title tussle – Ducati rider Shane ‘Shakey’ Byrne and Kawasaki’s Leon Haslam – both have grand prix and World Superbike Championship pedigree, and heading to Thruxton’s flat-out Hampshire sweepers, they are separated by just four points at the summit of the standings.

The scrap for glory is intense, all the more so since just the top six contenders in mid-September will progress on to the seven-race end-of-season ‘Showdown’, which will decide the destiny of the coveted crown.

Byrne and Haslam are far from the only protagonists, however, with a whole host of pretenders eager to stop them in their tracks. Honda duo Jason O’Halloran and Dan Linfoot are both in hot pursuit, as are BMW trio Christian Iddon, Richard Cooper and Michael Laverty, meaning four different manufacturers are represented inside the top seven in the classification.

Kawasaki’s James Ellison is another man with international experience with four seasons of MotoGP competition under his belt, whilst Tommy Bridewell hails from nearby Etchilhampton in Wiltshire so can be sure to count upon plenty of support. The Suzuki star is not the only ‘local’ in the field, either – John ‘Hopper’ Hopkins might be California-born, but the motorcycling legend now lives in Portsmouth, making Thruxton his ‘home’ track and the Yamaha rider is aiming to return from injury next weekend.

The formidable BSB brigade will undeniably be the major draw, but there will also be a jam-packed schedule of superb support series racing from Dickies British Supersport to Pirelli National Superstock 1000 and 600 in association with Black Horse, HEL Performance British Motostar, the Ducati TriOptions Cup and the ever-entertaining Hyundai Heavy Industries British Sidecars in association with Molson.

For early birds, the Pit Walk at 09:30 on Sunday morning offers the opportunity to meet the riders and grab autographs and selfies with the stars, and if you’re watching from the Complex or Chicane, the big screens on race day will enable you to keep tabs on all the action around the back of the lap – so you won’t miss a single second.

“We’re all very excited about welcoming BSB back to the circuit next weekend,” enthused Thruxton Group Managing Director Bill Coombs. “Watching these two-wheeled warriors duelling flat-out around the fastest track in Britain is a magnificent spectacle to behold – and with the ‘Showdown’ speeding rapidly into view, the stakes are high and the battles are sure to be fierce.

“It’s always a joy to see the spectator banks packed with so many passionate, enthusiastic and knowledgeable fans – and everybody who attends will enjoy a full weekend of on and off-track thrills. It’s your only chance to see the British Superbikes in this part of the country this year – so don’t miss it!”

Advance tickets are available until midday on Wednesday, 20 July priced at just £5 for Friday, 22 July, £11 for Saturday, 23 July and £26 for Sunday, 24 July – or £42 for all three days. Grandstand seats and race day paddock passes are extra. Accompanied children aged 15 and under will be admitted free of charge.

Anybody purchasing or who has already purchased an advance race day or weekend ticket will automatically be entered into a free prize draw to win a unique and exclusive high-speed pillion ride on Sunday, 24 July.