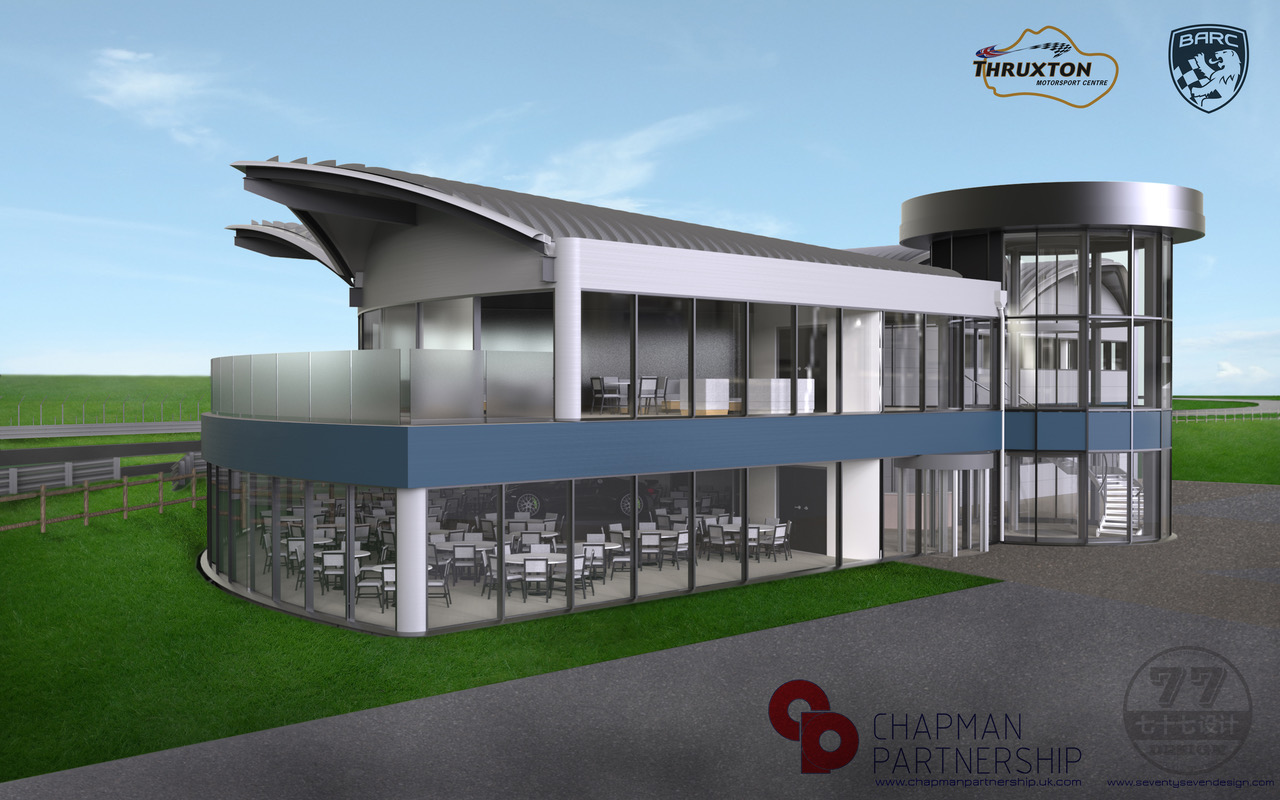 Thruxton Circuit is set to celebrate its half-century next year with the construction of a state-of-the-art hospitality facility, as the next stage in a widespread renewal process aimed at attracting more major series and manufacturers to the popular Hampshire venue.

Thruxton hosted its first official race meeting in 1968, and its high-octane action continues to attract tens of thousands of fans to this day. In evidence of the fact that its sights are set resolutely on the future, a new hospitality building on the inside of Allard Corner is due to be inaugurated in 2018 – with construction expected to get underway towards the end of this summer.

Whilst the circuit remains one of the very few tracks in the UK that has been left untouched – to the delight of competitors and spectators alike – Thruxton as a venue has enjoyed a rejuvenation over the past four years, and that trend is progressing apace in 2017.

The new building is the latest vision of Thruxton Group Managing Director Bill Coombs, who – since taking over at the helm in 2012 – has been the driving force behind a modernising zeal that has yielded several significant changes.

With just 16 noisy days permitted annually due to the venue’s dual purpose as an active airfield, the necessity to cater to new manufacturers and driving experiences has been a focal point of Thruxton’s plans in recent years.

These have included the launch of the wet grip area, extension of the karting circuit, re-tarmacking of the paddock, introduction of big screens and enhanced access to the famous Campbell, Cobb and Segrave complex of corners.

The new building is set to comprise more than ten briefing and function rooms as well as a host of hospitality suites, along with a balcony providing a bird’s eye view of all the first corner action. As part of the development process, both the Goodwood Restaurant and Thruxton Suite will be demolished, in so doing opening up the opportunity for further work to take place within the paddock.

“Coupled with the consistent improvement in trackside attendances that we have seen over the past five years, Thruxton has enjoyed a period of rude health from a commercial and manufacturer perspective,” explained Coombs.

“This building development is the latest in the long-term plans that were devised for the venue when we took control, and we made sure we consulted all of our customer groups from competitors to corporate track hires and retailers. We have been working closely with Zac Chapman from Chapman Partnership on the design of the building to make sure that it is both modern and customer-friendly.

“All of our major clients have seen the plans, and we have catered certain aspects to their feedback. This will mirror the modern architecture of the wet grip area near the entrance and provides another fantastic dimension to the venue. It really will stand out as one of the iconic landmarks around the circuit in years to come.

“Not only that, but moving the location of the building slightly has given us fresh opportunities going forward. It will allow for a longer and wider pit-lane, which should help to attract bigger events in years to come. In due course, it will also allow for additional full-size garages to be built.

“I must point out, finally, that what we have done wouldn’t be possible without our landlord Henry Pelham, because he has really bought into developing the venue. He’s been prepared to help when funds were tight and has supported every decision that has been made – I couldn’t thank him enough.”

Construction is scheduled to begin following the MCE Insurance British Superbike Championship’s annual visit to Thruxton in August, with the aim for all work to be completed before the Dunlop MSA British Touring Car Championship race meeting in 2018 – one of the headline events to celebrate the circuit’s 50th anniversary.