By Russell Atkins4th May 2016NEWS 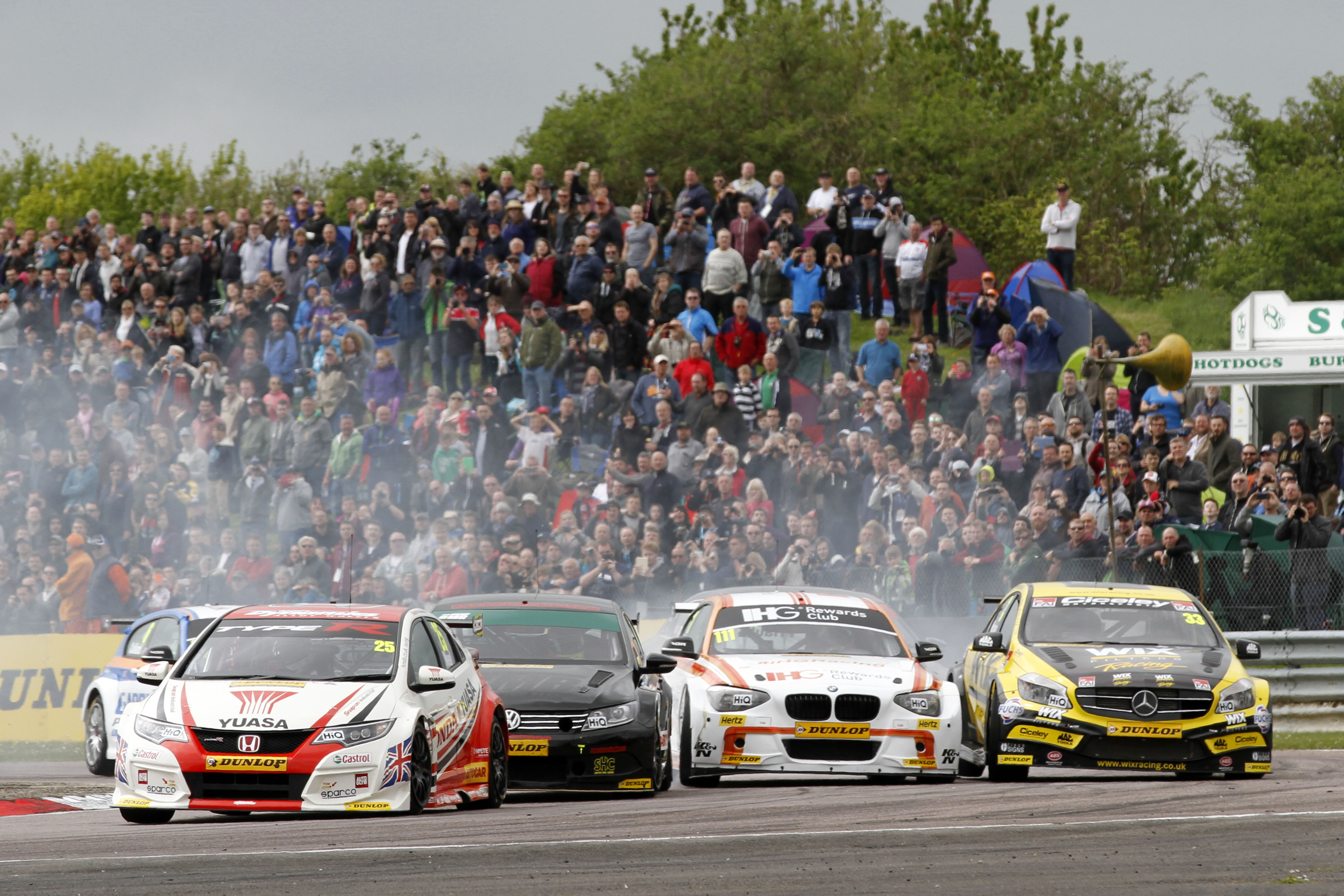 The return of the high-octane Dunlop MSA British Touring Car Championship to Thruxton is now just a matter of days away (7/8 May), and we have ten tip-top reasons not to miss the flame-spitting tin-tops speeding around the UK’s fastest circuit.

The BTCC battlers will hit almost 160mph as they duel it out around Thruxton, with the popular Hampshire track laying claim to the highest top speeds in British motor sport.

Complete commitment is required to tame Thruxton’s intimidating flat-out sweepers, leading to plenty of edge-of-the-seat entertainment as the touring cars teeter on the absolute brink of adhesion at eye-watering speeds…

Accessibility has long been one of the BTCC’s key selling-points, and a Pit-Lane Walkabout and Autograph Session at 09.50 on Sunday morning encourages fans to meet the BTCC drivers and grab a cheeky selfie or two.

Emmerdale actor Kelvin Fletcher is in his maiden campaign in the BTCC, driving a Chevrolet Cruze for Power Maxed Racing. Come along and see how he is getting to grips with the cut-and-thrust nature of Britain’s premier motor sport series.

With six different winners from the six races so far, the 2016 BTCC season is proving to be anything but predictable, making for some thrilling doorhandle-to-doorhandle racing in which the form book is repeatedly thrown out of the window. What chance a seventh winner this weekend..?

For the full BTCC experience – and to take advantage of the return of spring after the long, cold winter – why not stay overnight at Thruxton’s campsite, which is open and manned from 15.00 on Friday, 6 May. At just £5 per adult per night, it’s a steal!

Keep an eye out for the Formula 1, touring car and sportscar standouts of the future as a packed support bill featuring the Renault UK Clio Cup, Ginetta Junior Championship, MSA Formula and Ginetta GT5 Challenge ensures there will never be a dull moment.

Discounted advance tickets are on sale from just £11 for Saturday, 7 May and £26 for Sunday, 8 May, with weekend tickets including Paddock Pass available for £38. They can be purchased online at www.thruxtonracing.co.uk/racing/btcc or by calling 01264 882200 (Option 1). Accompanied children aged 15 and under are admitted free.