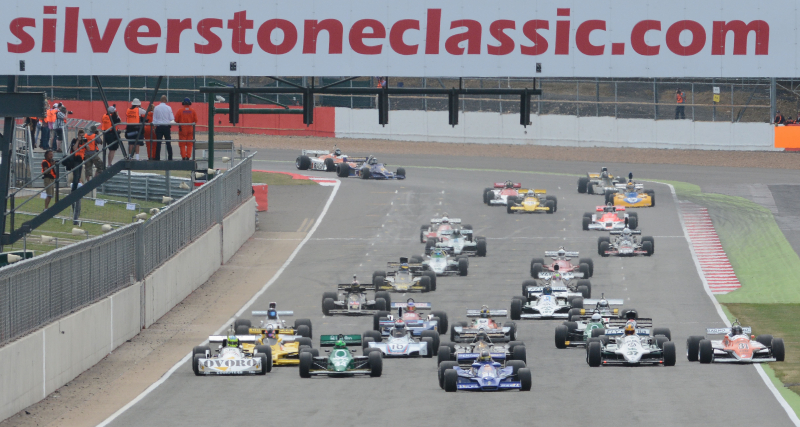 There are just a few days left for show-goers to take advantage of significantly discounted Early Bird tickets for this summer’s extra special Silverstone Classic (24-26 July).
In July the World’s Biggest Classic Motor Racing Festival is celebrating its 25th anniversary and those booking before Wednesday 1 April can save more than 15 per cent on a wide range of day and weekend tickets, which must be booked in advance.

Last year’s spectacular three-day extravaganza attracted a record crowd of 94,000 visitors and pre-sales for the Silver Jubilee extravaganza are significantly up on the same period 12 months ago. Perhaps that’s no surprise with so much family-fun entertainment and spectacular action already confirmed both on and off the famous Silverstone Grand Prix circuit.

Don’t be an April fool – those booking Early Bird tickets before the end of March can take advantage of significant savings with discounts of up to 15 per cent available for those purchasing before 1 April. Adult prices start at just £34 and stick to the Classic’s widely praised ‘access all areas’ policy, thus providing admission to both National and Wing race paddocks, trackside grandstands and the live music concerts which this year include chart-toppers Status Quo and Paul Young.
Full details of all tickets (which must be purchased in advance) – as well as hospitality packages and weekend festival camping – can be found on the official www.silverstoneclassic.com website.