TITANIC TITLE FIGHT GOES DOWN TO THE WIRE AT CROFT 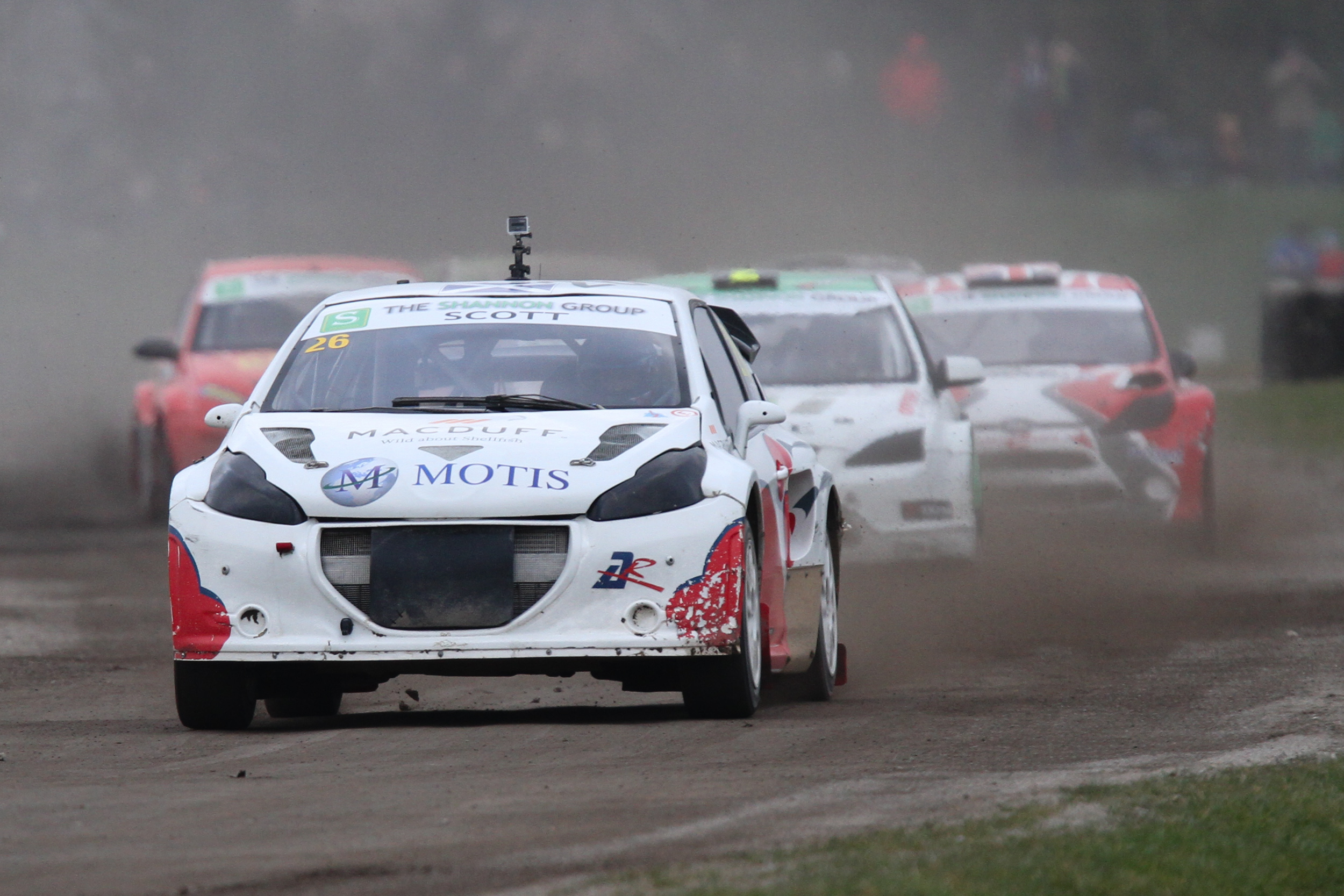 This weekend (10/11 October), four drivers will go head-to-head for the honour of being crowned 2015 British Rallycross MSA Supercar Champion at Croft – and the next day, they and more than 50 other competitors* across nine different classes will duel it out in the blue riband British Rallycross Grand Prix.

The British Rallycross Championship in association with the Shannon Group has enjoyed a vintage season this year, with myriad twists-and-turns along the way and action aplenty up-and-down the field.

Nowhere has the battle been more intense than in the headlining MSA Supercar in association with Odyssey Battery class, where a rich vein of form for Julian Godfrey (Ford Fiesta) has seen the defending champion overhaul World Rallycross wildcard Andy Scott (Peugeot 208) to top the standings by the narrow margin of just 12 points arriving at Croft.

Theirs is not a two-horse race, however, with both series sponsor Ollie O’Donovan in his trusty Ford Focus and Kevin Procter (Ford Fiesta) from nearby Leeming similarly very much in contention.

Add into the mix at least seven more flame-spitting, 600bhp MSA Supercars – all capable of out-accelerating a Formula One car to 60mph – and a crowd-pleasing spectacle is guaranteed, particularly with the likes of Barnard Castle’s ‘Mad’ Mark Watson in his colourful Citroën Xsara T16 S and multiple British Rallycross Champion and European rallycross legend Pat Doran (Citroën DS3) in the fray.

The thrills ‘n’ spills will be far from confined to the attention-grabbing Supercars, however, with titles still to be decided in practically every class. Season-long pace-setter Daniel Rooke and pursuers Gareth Wood and Allan Tapscott are all in with a shout of lifting the MSA SuperNational laurels, whilst Tristan Ovenden and Darren Scott will dispute the destiny of the Swift Sport spoils.

Only two points separate Bradley Durdin and local lady Drew Bellerby at the summit of the MSA Junior classification, with the same margin between Chrissy Palmer and Marc Scott in the RX150 Buggies – a category that will notably welcome FIA World Rallycross Championship presented by Monster Energy star Andreas Bakkerud this weekend.

A bumper grid of favourites in Retro Rallycross will add to the entertainment, as will the ever-popular Hot Hatches, BMW Minis and Super 1600, in which runaway champion Craig Lomax will be eager to add to his impressive victory tally before handing over the steering wheel of his Citroën C2R2 to commentator Andrew Coley the following day.

The ‘Voice of World Rallycross’ made his British Rallycross debut in an RX150 Buggy at a wet Lydden Hill back in August, and he is palpably champing at the bit to return to the track in something a bit more potent.

“I’m incredibly grateful to Craig for entrusting me with his Super 1600 championship-winning car,” he remarked. “All my previous experience has been in front-wheel-drive machinery and the C2 has a lot more power than I’m used to, so I’m really excited to see how it feels and how I get on.”

Whilst Coley will arguably not be in the hunt for the coveted ‘GP’ crown on Sunday, a good many drivers throughout the field undoubtedly will be – and those who missed out on British Championship glory the previous day will be even more fired-up to sign off the season with some silverware.

Whatever happens and whoever wins, a superb weekend of high-octane, mud-slinging fun is guaranteed!

Tickets are available at just £13 in advance or £15 on the gate each day, with weekend passes available for only £18. Accompanied children aged 15 and under will be admitted free of charge. See http://www.croftcircuit.co.uk/racing/british-rallycross-oct or call 01325 721815 for further details.

*Entries correct at time of writing and subject to change