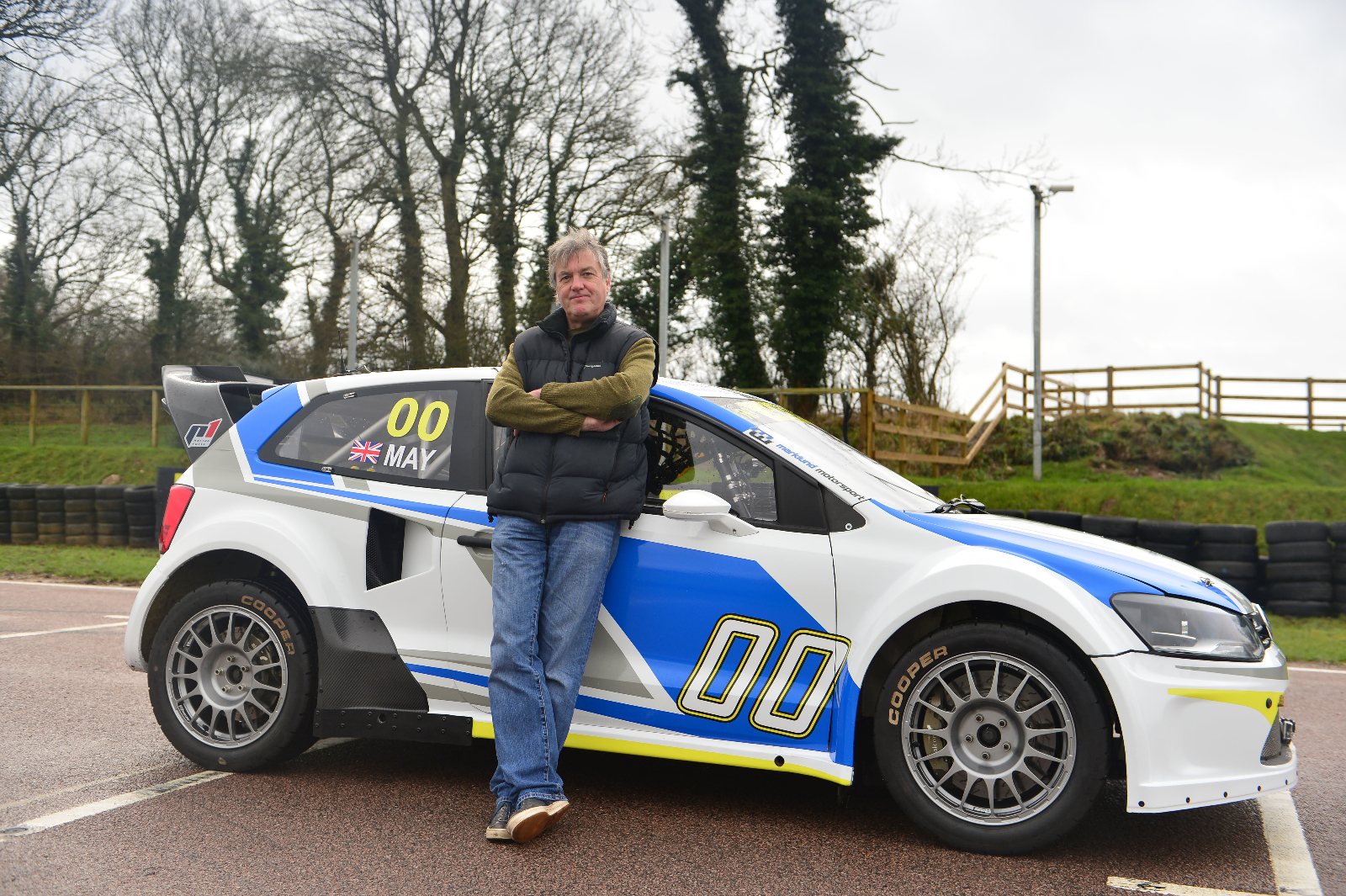 The FIA World Rallycross Championship presented by Monster Energy was featured on last night’s episode of BBC Top Gear, with Jeremy Clarkson describing the sport as “brilliant” and James May stating that it is “pound for pound the most exciting sport in the world.”

Broadcast to millions of people worldwide, the special rallycross feature followed Top Gear presenter James May as he took on a number of World RX stars at the wheel of a Marklund Motorsport Volkswagen Polo RX Supercar. More than 5.4 million people tuned in to watch the rallycross segment of Top Gear in the UK alone.

Filmed at Lydden Hill race circuit – home to the British round of World RX – the show began with May introduced to his rallycross tutor: US based Top Gear presenter, Tanner Foust. The American, who is a regular World RX driver having won at Lydden Hill twice before, gave May key advice on how to handle the RX Supercar which he described as a “turbo-charged tornado with more torque than a Ferrari 458.”

Foust added: “These cars are quicker than a Formula One car off the line… it is four-wheel-drive and they are amazingly stable.”

In a bid to help May in his rallycross mission, co-presenters Jeremy Clarkson and Richard Hammond watched their colleague in action from Lydden Hill’s race control tower.  The pair stood in as May’s less than helpful spotters as the three presenters communicated throughout the racing via intercom.

Despite Foust’s best efforts at teaching May how to drive the 600bhp World RX Supercar, the final race saw the Englishman lapped by his American tutor as Clarkson and Hammond joked it was the first time that a driver had been lapped in the sport’s history.

Solberg summed up May’s performance: “I have to be honest – it’s not easy to get into one of these cars and drive it with 600bhp. I didn’t see much of James on the track, but you have to give him credit for coming and having a go. Maybe he should come to the first round of the 2015 series in Portugal. Or if he can’t make it, why not send the man without any sponsors? You know, the man in the white suit…”

At the end of the feature, the camera reverted to the studio as the three presenters introduced the audience to the same VW Marklund Polo that May had driven at Lydden Hill.

“We have to say… rallycross is brilliant,” declared Clarkson.

Hammond agreed, and added: “It is – it’s fabulous to watch because from the start line to the finish line, the drivers drive as fast as they can.”

“Yes – there’s no conserving the tyres, no looking after fuel consumption…” concluded Clarkson.

Top Gear is broadcast in 214 territories worldwide with an estimated global audience of 350 million.  The show holds the 2013 Guinness World Record as the world’s most watched factual television programme.

Catch up on last night’s rallycross action on BBC iPlayer here [UK only]. If viewing from outside the UK, please check your local Top Gear listings.