Torque Squad out in force for MotoGP weekend 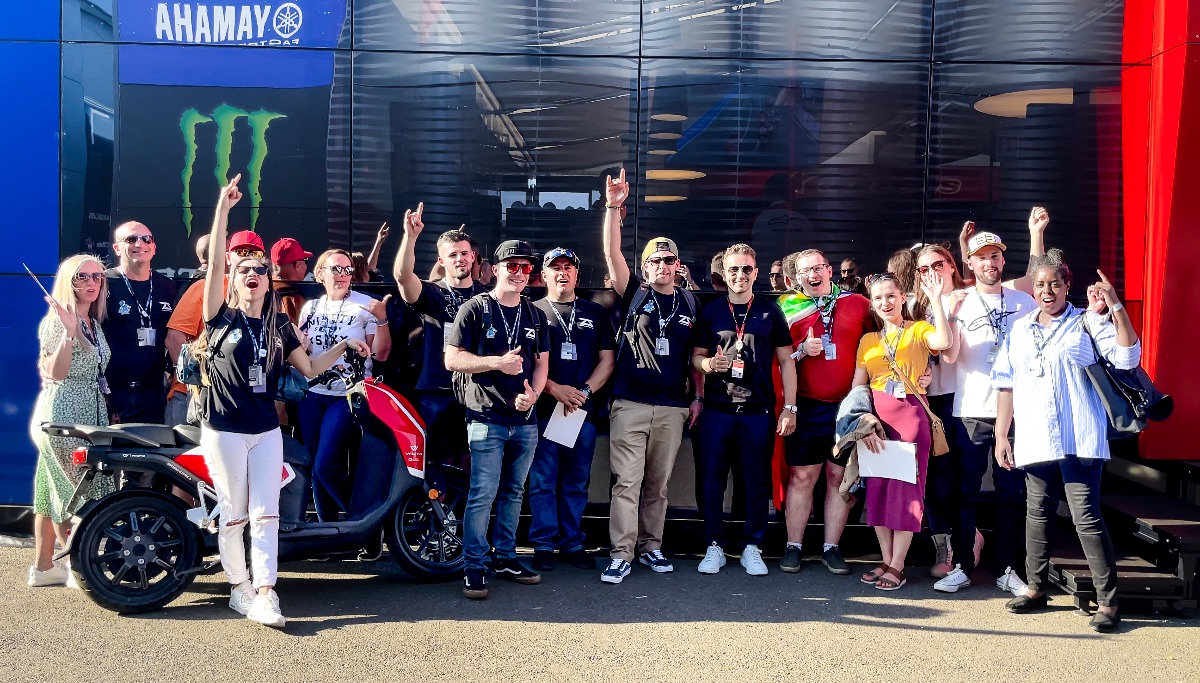 The Torque Squad, part of the Motorverse Corporation and subsidiary of Animoca Brands, went to MotoGP for the first time as it revved up for the MotoGP™ Monster Energy British Grand Prix.

Brad Binder, MotoGP rider and Torque Squad Ambassador, took to the stage at Silverstone. A tough Qualifying saw the 26-year-old sitting 0.176 seconds off Q2, but the Torqies cheered Binder from P14 on the grid to a P11 finish.

The South African currently sits seventh in the standings, with one podium under his belt, as the MotoGP riders prepare to take on tracks in Austria and Italy before heading to Spain for the MotoGP™ Gran Premio de Aragón, where Animoca Brands will star as title sponsor.

This marks the latest step for Torque Squad and Animoca Brands as they build on a growing partnership with MotoGP™, with Animoca Brands also serving the role of title sponsor at the Australian Motorcycle Grand Prix in October.

The Torqies at Silverstone secured their VIP experience at the MotoGP™ Monster Energy British Grand Prix via both REVV Motorsport Discord and Torque Squad Discord.

The event also followed news that Torque Squad had partnered with Lorenzo as part of the Spaniard’s involvement with X-Fuera.

Matt Solomon, Motorverse Co-Founder and CEO, said: “It was great to see so many Torqies at Silverstone for MotoGP. The event marked our first collaboration with the series and it was a huge success.

“We were delighted that our Torqies got to experience the full VIP package at Silverstone and we look forward to our next event!”

These experiences include both the real and virtual worlds of motorsport, with Torque Squad NFTs offering true utility across multiple areas. Next up for the Torqies will be the Phillip Island Circuit in Australia, where Binder and the rest of the MotoGP grid will battle it out as the season nears its end.

Alongside Binder, Torque Squad project has partnered with numerous other top racers from across the world of motorsport, including Juan Pablo Montoya and his son Sebastian, Joey Logano and Rene Rast.