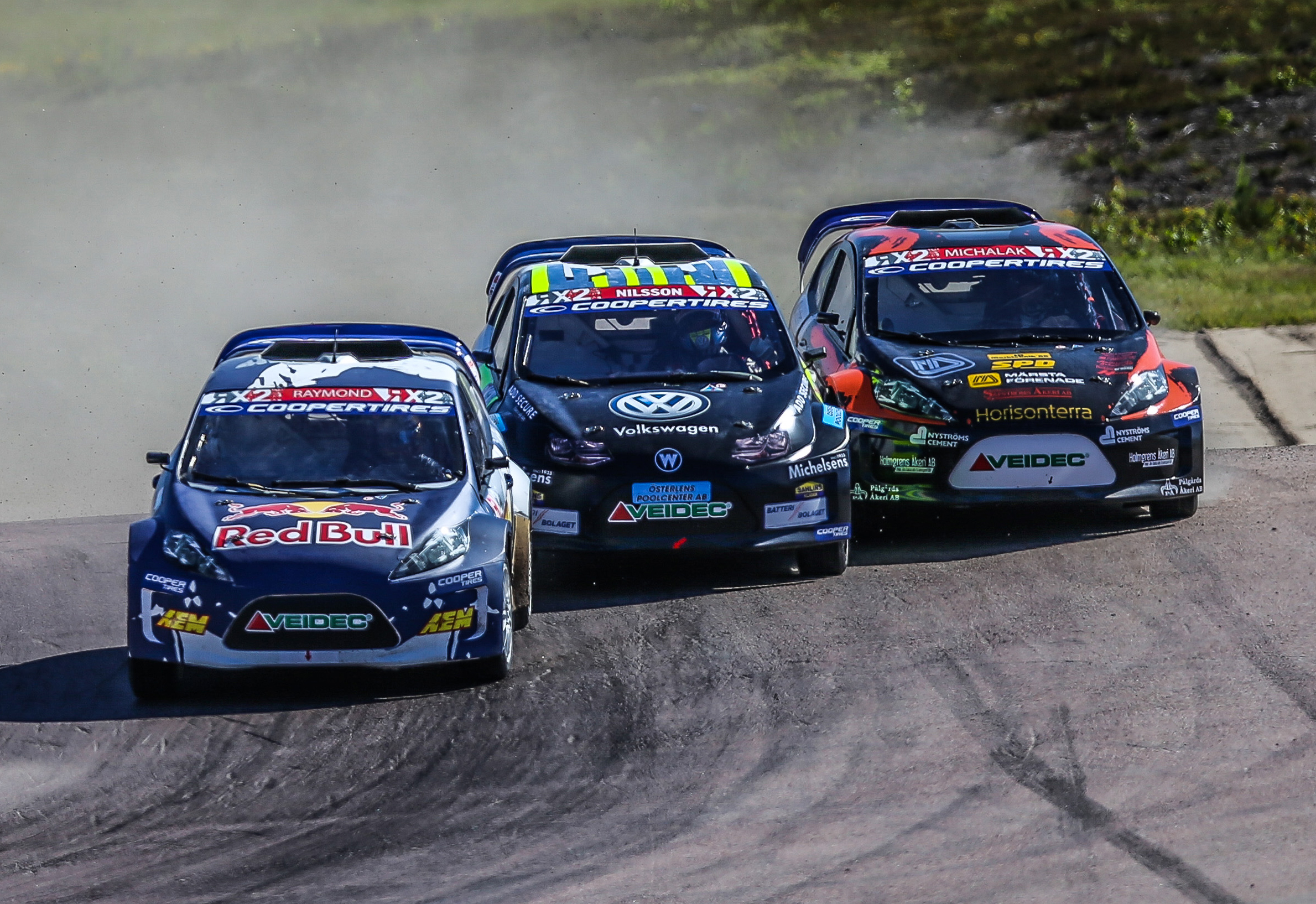 The battle for glory in the inaugural RX2 International Series presented by Cooper Tires is set to intensify next weekend (5/6 August), as the FIA World Rallycross Championship feeder series crosses the Pond for its first overseas outing of 2017 at Trois-Rivières in Canada.

A five-week mid-summer break since the most recent round in Sweden has left competitors rested, refreshed and raring to get back behind the wheel – and with the title tussle having tightened up courtesy of Dan Rooke’s breakthrough RX2 triumph at Höljes earlier this month, excitement levels are approaching fever pitch.

Reigning champion Cyril Raymond continues to lead the way, but now by a reduced margin of just six points over the in-form Rooke, who took full advantage of a rare error by his Olsbergs MSE rival in Sweden to pounce and sprint clear to victory.

The tables could turn again in Canada, given that Raymond is one of only three drivers in the field with prior knowledge of the tricky Trois-Rivières track. Rooke, though, is nothing if not a quick learner and this season’s superb scraps between the pair make it clear that their duel for the crown is going to go right the way down to the wire.

That is not to say that it is merely a two-horse race, however, with a whole host of quick young drivers increasingly taking the fight to the RX2 pace-setters. Best-of-the-rest at present are Belgian rally convert Guillaume De Ridder – who deservedly claimed his first podium finish at Höljes – and speedy Swede William Nilsson, who delighted his partisan supporters with a gritty third place on home turf.

Fifth in the standings is Tanner Whitten, who considers Trois-Rivières as something of a ‘home’ event. The American has his sights firmly set on a third rostrum from five starts in his maiden campaign of international competition.

“Our results so far have way exceeded expectations,” reflected the 24-year-old Illinois native. “To have come away with two podiums from the first four events has been great for both myself and the team. Saying that, it has been a bit up-and-down, so the goal for the second half of the season has to be to establish some consistency and build some momentum – and if we can do that, maybe we can start to challenge Cyril a little bit more.

“I’ve not competed at Trois-Rivières before, but I have made a point of watching all the races there from previous years so I think I have a pretty good understanding of how it flows. On paper, it should represent one of my best opportunities to push for a win this season, and being relatively close to home, it’s the first time my family will be able to come and see me in action in RX2, which is cool.”

Norway’s Glenn Haug has been ‘Mr. Consistency’ to-date but has yet to ascend the rostrum – something he will be looking to rectify next weekend – while Simon Olofsson’s scintillating turn-of-speed has not always been matched by his luck. The Swede will be fired-up to convert his pace into a headline-grabbing result in Canada, as will JC Raceteknik ace Sondre Evjen, just behind him in the points table in eighth.

Andreas Bäckman is going from strength-to-strength in his rookie season in cars after graduating from karting this year – and final appearances in each of the last two events suggest the podium is not far away. Thomas Holmen, meanwhile, has already enjoyed a taste of the champagne in 2017 and is eager to replicate that result across the Atlantic as he endeavours to climb up the classification.

Latvia’s Vasiliy Gryazin has shown sporadic flashes of form thus far this year, and following an overdue change of fortunes at Höljes, Norwegian Simon Syversen is eyeing a much more successful second half to the campaign.

Anders Michalak might be the oldest driver in the field, but he has demonstrated that he is more than capable of taking the fight to his younger rivals. Fast females Jessica Bäckman and Sandra Hultgren, meanwhile, are both hoping Lady Luck will at last deign to smile upon them, with the latter having finished seventh at Trois-Rivières in 2016.

Guerlain Chicherit is due to mark his series debut with Olsbergs MSE, while the final competitor with prior track knowledge is Cole Keatts, who will be making a one-off appearance in RX2. At 16, the Idaho-born teenager will be the youngest contender in the field – but he is nonetheless aiming to teach his more seasoned adversaries a trick or two.

“I’m really excited, if also a little apprehensive,” he acknowledged. “I raced at Trois-Rivières last year and it’s an amazing circuit. It’s fast and technical in equal measure, with a couple of particularly tight corners that make it a real challenge – but the calibre is so high in RX2 that I have no doubt the regular drivers will pick it up very quickly.

“The competition is clearly going to be fierce. I’ve watched all the RX2 races this season, and it’s crazy how close it is out there, so I’ll definitely have my work cut out. By the time practice is over, the gloves will well-and-truly be off…”

The Trois-Rivières RX2 action will begin with practice on Saturday morning, followed by the opening two qualifying races the same afternoon and the remaining two qualifiers, semi-finals and televised final on Sunday.