By Emma Illman2nd May 2019NEWS 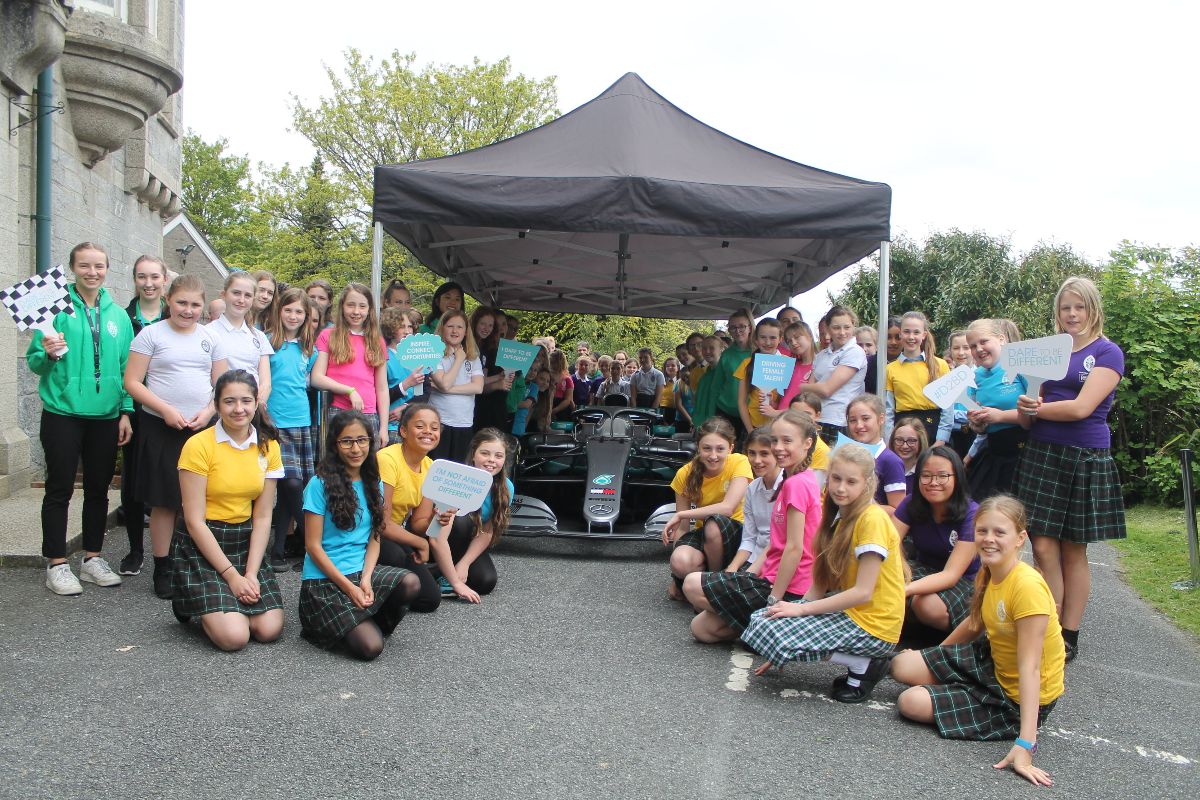 The Dare To Be Different team (‘D2BD’) along with one hundred Year 7 girls, descended on Truro High School For Girls in Cornwall yesterday morning (1st May) to celebrate the school’s recent ground-breaking recognition as a Motorsport UK club.

The girls aged 11-to-12-years-old from Truro and the surrounding areas, arrived at the High School to take part in an exciting yet contrasting day of STEM-related activities – as well as having a unique insight into potential future careers within the world of motorsport.

Dare To Be Different ambassador and television broadcaster Louise Goodman was also present in her first official role as club president.

Truro High School earned its status following seven years competing in the Greenpower F24 and F24+ series. Motorsport UK recognition means that the school  can now take part in events organised by other recognised clubs and invite entries to its own events too. There are also plans for the students to train as marshals.

Dare To Be Different activities that the Year 7s undertook included;

Jon Dean, Head of STEM at Truro High said, “It was a great honour to have Dare To Be Different here yesterday especially as it promotes females into the motorsport industry and we have been officially recognised as a Motorsport UK club. It’s been a fantastic experience for the girls to try the activities and get close up to a real Formula One car, I’m sure it’ll be a day they’ll never forget!”

Louise Goodman says,” It was great to meet some of the girls who are part of Truro High School for Girls Motorsports Club – the first school club in the UK to be officially recognised by Motorsport UK – and to work with the Year 7 girls who came along to the Dare To Be Different day giving them a hands-on experience of just some of the opportunities that motorsport offers.

Louise continues, “They really threw themselves into the challenges and hopefully had a lot of fun along the way. And they can now say they were right there when a Formula One car came to Cornwall for the very first time!”