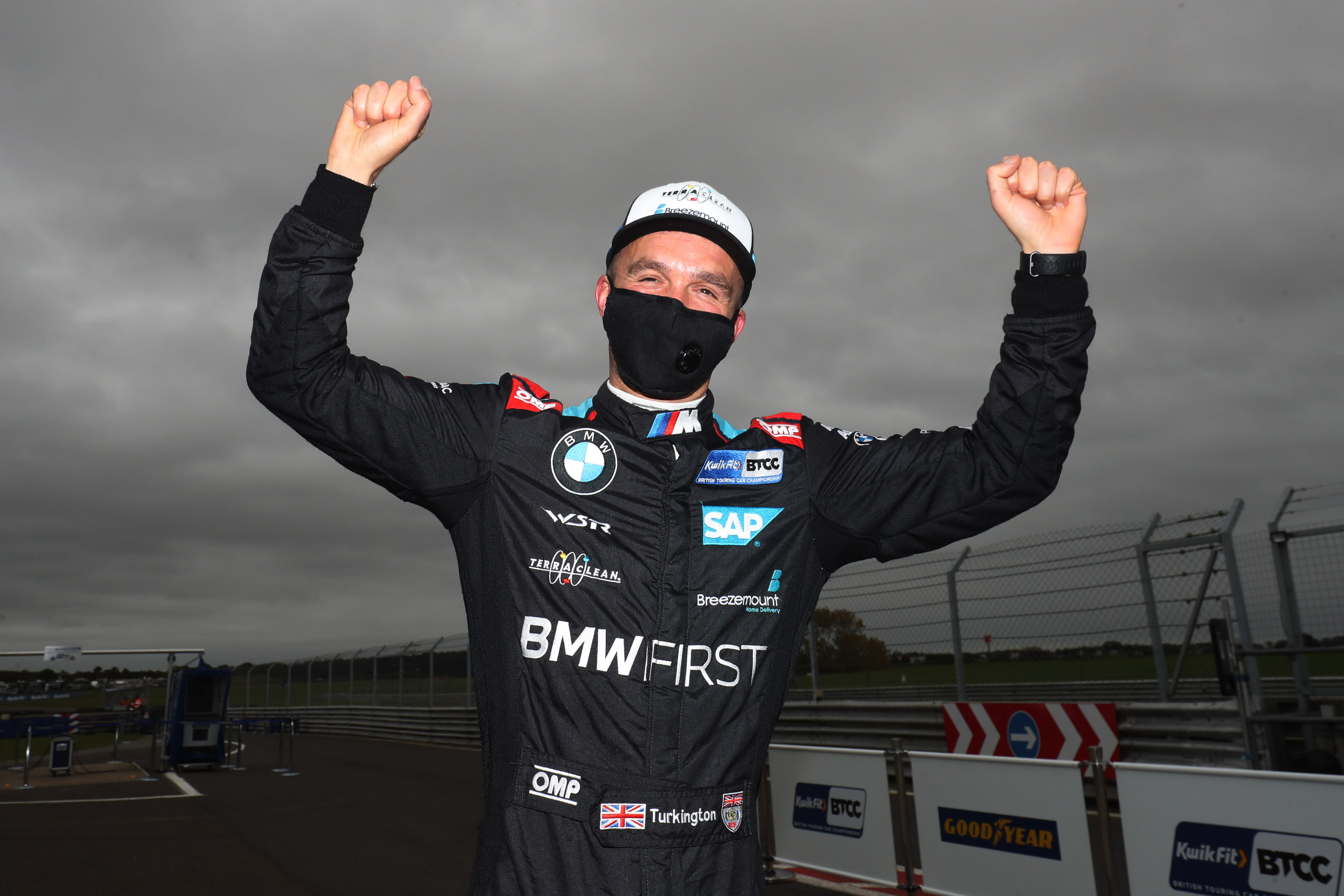 Series Organiser – TOCA – announced at the start of the season that Snetterton would host a one-off qualifying format to add yet further entertainment to what is already one of the most exciting series on the planet, and the session duly delivered as an unforgettable battle for supremacy unfolded.

Replacing the usual 30-minute run, drivers had a marginally reduced window of 25 minutes to record their lap times. The fastest ten competitors were then able to progress to a ten-minute pole position session to determine the top ten places on the grid, to which the leading sextet of championship contenders all progressed.

The main drama of the opening segment was seemingly the fate of standings leader Ash Sutton, who was hovering on the bubble towards the end of the 25 minutes, but the Laser Tools Racing star produced the goods late on to storm into third.

Rory Butcher grabbed the early bragging rights by topping the first qualifying session in his Motorbase Performance Ford Focus, at a venue where the Scot led the way during a two-day test earlier in the summer.

Adam Morgan also impressed as he blasted into second in the Carlube TripleR Racing with Mac Tools Mercedes, but he would fail to make any ground in the ‘Top Ten Showdown’.

With the tension building and the leading protagonists all challenging for the unique pole position, it was MB Motorsport accelerated by Blue Square’s Jake Hill who looked on course to grab a maiden top spot in a BTCC qualifying session.

The Kent racer bettered Tom Ingram’s early benchmark in the Toyota Gazoo Racing UK with Ginsters Corolla by just 0.018s, and with the championship contenders all carrying significant success ballast, it was unclear if anyone would be able to respond.

Just when it looked as if the game was up, the Team BMW 3 Series of Turkington blitzed around the Snetterton 300 circuit in sublime fashion as the #1 machine vaulted to P1 in the closing minutes.

It was a hugely impressive effort from the four-time champion as he looks to fight back following a dismal weekend at Croft last time out. Turkington enjoyed a points advantage over the chasing pack during the first half of the season, but challenging weekends at Thruxton, Silverstone and Croft have left the Northern Irishman playing catch-up.

The 38-year-old has proved he’s more than ready for the fight, however, as he produced one of the most important qualifying laps of his illustrious BTCC career.

Motorbase Performance’s Ollie Jackson and Laser Tools Racing’s Aiden Moffat did well to advance to the showdown after solid performances in the opening segment, but could only manage eighth and ninth respectively thereafter, whilst Morgan lost his two best lap times due to track limit infringements and will line up tenth for tomorrow’s opener.

Rounds 22, 23 and 24 of the 2020 Kwik Fit British Touring Car Championship take place at Snetterton tomorrow with all the action being screened live and exclusively on ITV4 from 1005.

Colin Turkington said: “I was really happy with that– I knew I was on a really good lap. The previous lap I put together was really decent; it was faster than I did in Q1, but I could see halfway through that last lap that I was gaining more time.

“I could just feel the grip and I knew it was coming together, so I was conscious not to overdo it at the last corner. But as soon as I crossed the line and saw the time, I knew it was going to be hard to beat, so I’m chuffed with that. It’s nice to come out on top and rebound after our difficult Croft weekend.

“We took the positives from Croft as I arrived at Snetterton 6kg lighter than I might have been. A small amount of weight can be just enough to unlock the handling on the 3 Series, and we definitely got it hooked-up today.

“I really enjoyed the new qualifying format. It feels like a one-lap shootout – because of the cold conditions today, we only had a very narrow window of laps to do the time. You’ve got to be prepared to push, but the last thing you want to do is lock a brake or flat-spot a tyre so the pressure definitely ramps up.”

Jake Hill said: “It’s a reminder of Knockhill – gutted! Still, it’s been a great day and great to finish second, it’s just a shame because I really thought we were on for pole this time.

“FP1 went so well; the car felt fantastic and it felt great again in qualifying, but a small error here and there in the lap and that’s enough for a multiple champion to get you!

“We have a great chance of again getting a podium or potentially even snatching a win away from Colin [Turkington]. It’s going to be tough to beat him off the line, but I’ll have a good go and, by all means, I’m not the one fighting for a championship in this bunch so I’m going for it and I need that first win.

“I’m going to just go for it tomorrow. There’s nothing else to say really. I’m in a strong position starting alongside Colin. I’ve got [Tom] Ingram there as well and Colin and Tom will be at each other – they’re fighting for a championship. If I can, I’m going to try and get Colin on the opening lap and disappear, then take my first win.”

Tom Ingram said: “It’s something we’re not used to – we’ve not been here when it’s been this cold. I think last year we had nearly a 30-degree track temperature and this year it’s eight or nine so it means the car feels totally different. It also feels like you’re driving at a totally different circuit – it makes a big difference in these conditions.

“Because we won’t get a chance to get anywhere near as much temperature into the tyres, that first lap tomorrow, we’re all going to be holding on. You’re going to see some front-wheel drive guys having some big slides; the rear-wheel drive guys will be locking up, struggling to get tyre temperature, but thankfully I really enjoy it like that.

“I’m actually looking forward to it. I love driving like that – the first few laps with cold tyres, the car feels alive. It feels like it’s really on the edge. So I’m actually looking forward to it. But we’ve got to be thinking now, because of where we are in the championship, it’s got to be maximum attack. Yes, we need points, but really we need big points in order to overhaul the gap that’s ahead of us!”