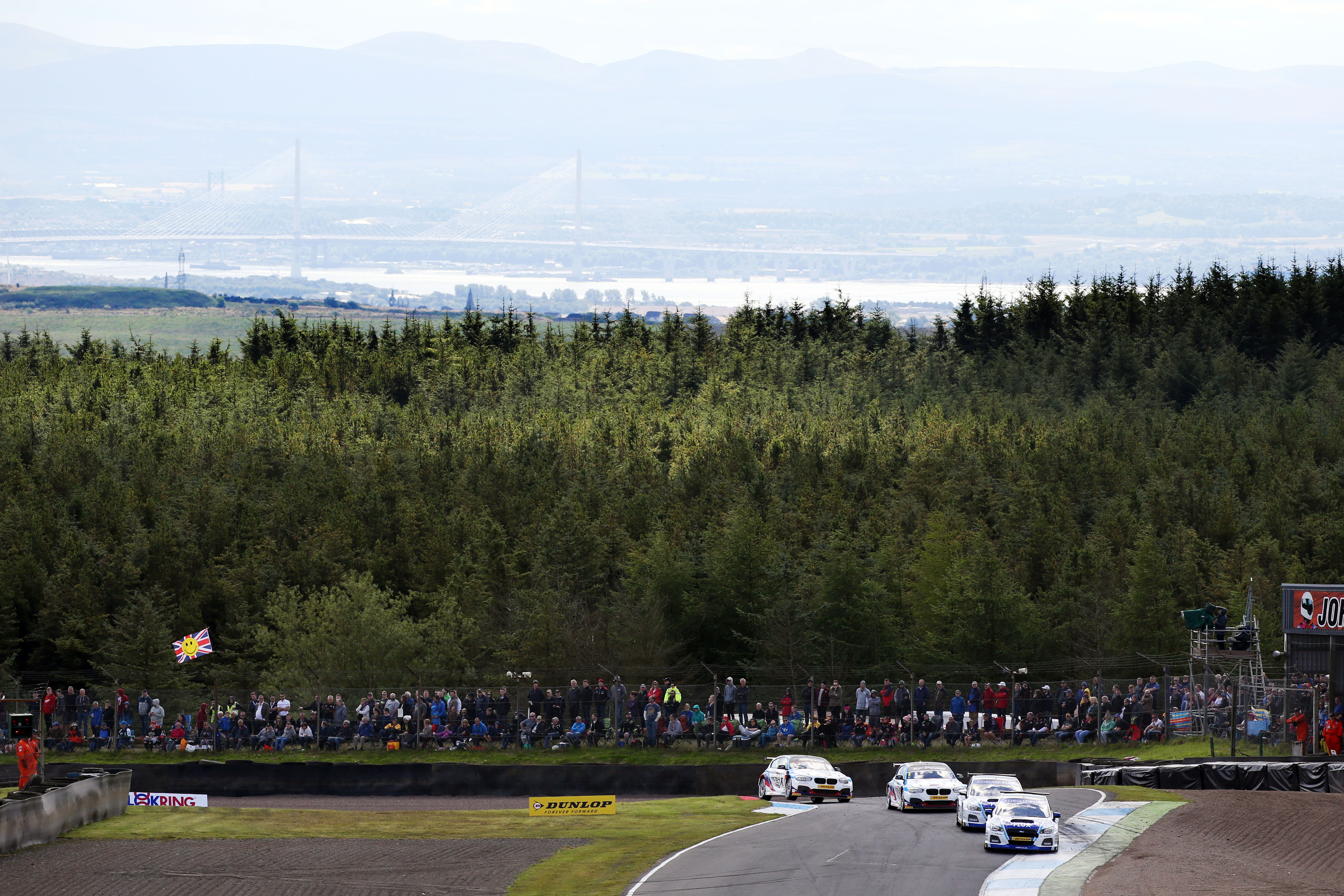 Plato converted his 50th BTCC career pole position into a commanding lights-to-flag victory in the opener, as he signalled his return to form in style.

The front four – all rear-wheel drive machines – made an even getaway off the line, meaning Plato led from team-mate Sutton, and the two Team BMWs of Turkington and Rob Collard.

The battle remained tense throughout the 24-lap race with the quartet often covered by just a second. The Subaru duo of Plato and Sutton even made a failed attempt to briefly switch positions, in order to provide the latter with a potentially vital championship point for leading a lap, but when the chequered flag fell it was the elder statesman who had taken a hugely deserved win.

Sutton then secured his fifth win of the 2017 BTCC season as he pipped Plato in race two.

The race commenced in frenetic fashion as a multi-car accident saw no fewer than five cars fired out of the contest. With cars littered in the gravel and across the track, the race was inevitably red flagged and a lengthy stoppage followed.

Plato led away from the restart and the Subaru duo remained inseparable throughout. The slightly lighter machine of Sutton had the edge, however, and he would finally make a move stick on lap 11. Plato kept his young prodigy honest for the remainder of the duel, but Sutton held on to fire himself within two points of the championship summit.

Turkington maintained his position at the top of the standings as he claimed his second podium of the day for Team BMW. Collard finished fourth in the sister Bavarian machine, as he kept up his own championship challenge.

Speedworks Motorsport’s Ingram won the final encounter around the tight 1.3-mile circuit after getting the better of an early battle against Ant Whorton-Eales’ AmDTuning.com with Cobra Exhausts Audi and Rory Butcher’s Team Shredded Wheat Racing with Duo Ford.

The Toyota man never looked back as he took his third win of the 2017 campaign to reignite his championship challenge – it was also the first win at Knockhill for the Japanese marque since Julian Bailey’s success in 1993.

Turkington leads the standings by four points from Sutton, whilst Shedden is a further eight points back. BMW and Team BMW top the Manufacturers’ and Teams’ tables.

Ingram and his Speedworks Motorsport squad are heading the Independents’ order, whilst Senna Proctor maintained his advantage in the Jack Sears Trophy.

Jason Plato said: “We found something in qualifying yesterday which we thought about after scratching our heads and it looked like we had a bit of a differential issue. We had a complete change of that unit last night and the car’s a different machine now. We think we’ve found the gremlin. I’m just so happy to be competitive again. I’m pretty awful to be around when things aren’t going well – this is my life. It’s everything about my life and when there’s stuff you just can’t get a handle on, it’s frustrating. We’ve found the problem now and that was for all you people who said I was too old…”

Ash Sutton said: “Jason (Plato) kept me honest to the very end. It was a great race though and I knew the ballast would bring it back to me later on and work in my favour. He just lost his straight-line speed compared to mine as the time went on. Jason and I get on well and we race hard but we race fairly – we know where we stand with each other. I was more pleased for him getting pole yesterday then I was for myself getting second and I need a wingman don’t I? I really extracted everything from the tyre midway through and pulling that little gap so when they went I had to play the clever game. The battle’s on for sure and it’ll definitely go right to the wire. I’ve just got to keep doing what I’m doing.”

Tom Ingram said: “It’s been a long time coming hasn’t it. I had a funny feeling after about five laps, saying to the team ‘when do you think the safety car will be then?’. It never goes that easily does it? Amazingly though, it went perfectly and I got the jump at the restarts. Ant (Whorton-Eales) made a mistake at the chicane which allowed me to get through. My word, the Speedworks guys have given me a great car this weekend. What’s really been annoying is that our struggles haven’t been our fault. If it were mistakes on my part or from the team, then it’d be okay but when it’s not it gets very frustrating. We’ve got a great team and a great car underneath us. I heard people saying it was a fluke at the start of the year and this shows it wasn’t.”

Colin Turkington said: “If I could keep finishing third between now and the end of the season I’d be in pretty good shape but Knockhill has been great. It’s always a circuit I enjoy coming to. I wouldn’t have expected that. It shows you don’t always have to win the races to score the most points. I go home tonight satisfied but also quite aware of the hard work that lies ahead. There’s nobody slow out there, everybody’s fast and those reverse grid races are incredibly tough. I picked my way through and just survived at the end.”

Gordon Shedden said: “I could see the BMWs coming! The safety car definitely helped – it saved my bacon. The car was good but it was just lacking a bit. Tom (Ingram) had mega pace and drove really well so I’ll take second place. Rory (Butcher) was driving well and it’s that first touring car meeting and just realising what goes on in the first few laps. He did well and he was fast, he’ll come out stronger in the next one. For my title challenge, it was good to end the day with a podium and second spot, and it was great to see such a huge crowd come out here at Knockhill. Onwards and upwards to Rockingham.”