TURKINGTON TOPS THE TABLE AS BTCC TRAVELS TO OULTON PARK 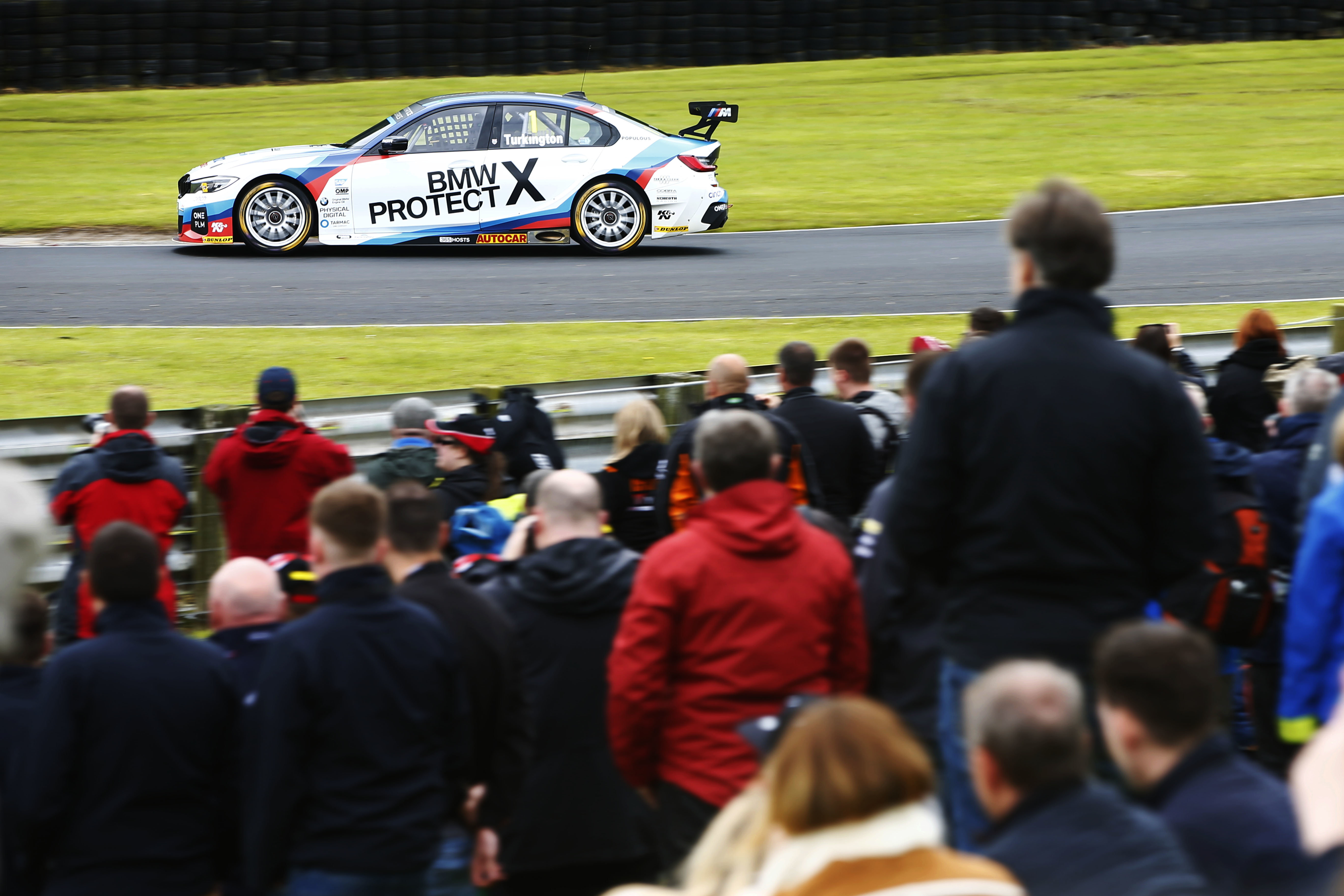 The picturesque Cheshire venue historically plays host to one of the biggest BTCC events of the season, as a huge fan base often descends on the north west circuit.

Tom Chilton became the sixth different race winner of the 2019 campaign as Team Shredded Wheat Racing with Gallagher claimed race three at Croft, but it was the commanding form of the BMWs that set the scene.

Who will come out on top next weekend? Tickets to see the action are still available or you can watch every bit of drama unfold live on ITV4.

Perfect Ten?
Any of the top ten drivers in the standings – currently covered by just 50 points – may be regarded as a title contender, particularly when you consider more than 400 points remain available in this year’s championship.

The lead trio may be more concerned about Andrew Jordan looming large in their wing mirrors, however, as the BMW Pirtek Racing star has won five of the opening 12 races. The 30-year-old could be topping the overall standings if it wasn’t for a disastrous meeting at Donington Park. The 2013 champion has bounced back brilliantly since then by scoring a ‘double double’ at Thruxton and Croft.

“A second double of the year!” enthused Jordan after Croft. “It’s drawing us back into contention after Donington Park. We need to keep our expectations in check – there are a lot of quick guys out there – but we’re on good form. I feel good in myself and with the car and the team.

“Now, we go to Oulton Park where I’m sure we’ll be competitive. The title fight really starts here.”

Halfords Yuasa Racing’s Matt Neal and Dan Cammish are firmly in the top ten scrap, as is the AmD-run Honda of Rory Butcher, although the Scotsman endured a challenging weekend at Croft earlier this month.

Ingram wowed the crowds with a dry Dunlop tyre gamble on a wet track, which ultimately failed to pay off. The Toyota driver set the fastest lap of the race on the final tour as the drying surface finally came his way, but it was too little, too late to make any significant inroads on the points paying positions.

Plato, however, returned to the BTCC podium for the first time since Croft in 2018, marking almost a year since his last rostrum. The Vauxhall Astra ace has been back at the sharp end this season and he’ll be looking to add to his extensive victory tally as the campaign progresses.

Home runners
Tarporley-based Tom Oliphant will be targeting a maiden BTCC win on home soil next weekend, and he’ll be doing so with one of the most successful teams around the 2.23-mile Oulton Park circuit – West Surrey Racing.

The Team BMW man scored a first podium at Donington Park earlier in the season and his pace has been edging towards his more experienced stablemates – Colin Turkington and Andrew Jordan.

Another local looking for success will be Lancastrian Adam Morgan, who has faced a difficult few weekends since an opening day podium at Brands Hatch.

Speedworks Motorsport are similarly based nearby, as is the Toyota factory in Deeside, so Tom Ingram can also expect to receive some solid support.

Timetable and Tickets
A spectacular line-up of support series will complement the BTCC action at Oulton Park, with a range of racing disciplines set to entertain the Cheshire crowds. The F4 British Championship resumes its tense title fight while the Renault UK Clio Cup and Porsche Carrera Cup GB series continue their 2019 campaigns. The ever-exciting Ginetta Junior Championship and Ginetta GT4 SuperCup also join the fray for the fifth meeting of the season.

Tickets to Oulton Park can be purchased in advance until Thursday, 27 June, priced at just £28 for Sunday (BTCC Race Day) or £38 for the full weekend. Accompanied children aged 13 and under will be admitted free of charge, with tickets for 13-to-15-year-olds beginning at £17. Further details can be found here.