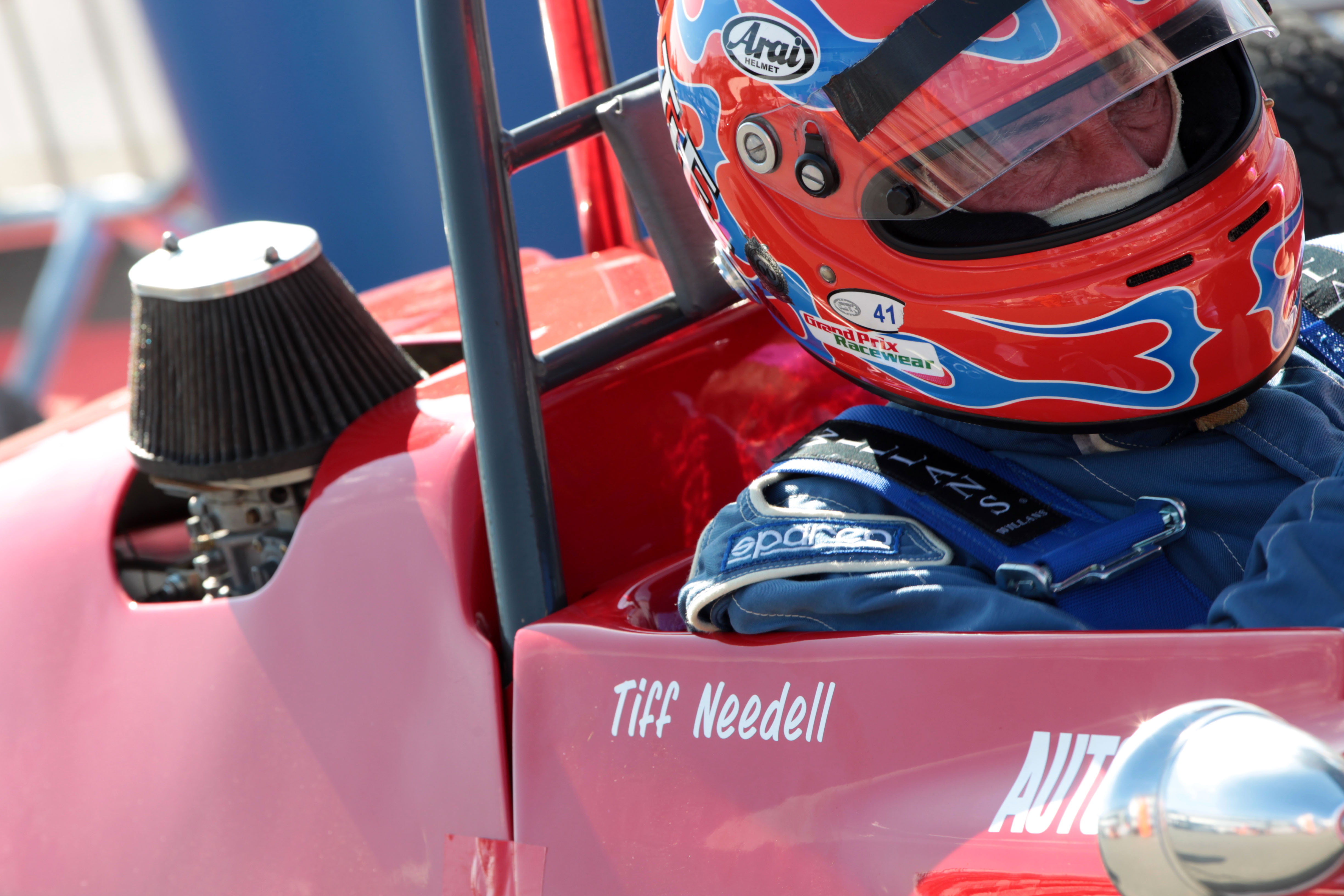 Tiff Needell has promised fans lap after lap of ‘serious fun’ when the Thruxton Easter Revival speeds into Britain’s fastest circuit next weekend (4/5 April), as the retro-themed festival of motor sport revs up to bring history back to life.

The third annual Thruxton Easter Revival has already attracted more than 200 entries across classes including Historic Touring Cars, Classic Formula 3, Historic Formula Ford 1600 and 2000, Formula Junior, Guards Trophy for GT cars and the Derek Bell Trophy, which will pitch a feast of formidable, 5.0-litre Formula 5000 behemoths against a pack of lighter and nimbler Formula 2 rivals.

Needell will return to compete in Historic Formula Ford 1600 in his Lotus 69, after piloting the iconic single-seater to victory at the Easter Revival last year, triumphing by a scant six hundredths-of-a-second at the end of a titanic tussle to notch up his second Thruxton success in the car – more than four decades after his first!

“Easter weekend motor racing has been a tradition in my family since Goodwood back in the 1950s and ‘60s,” reflected the erstwhile grand prix ace and Top Gear TV presenter, who lives locally in Hampshire. “There’s a huge appetite and tremendous enthusiasm for everything retro-related right now, and the beauty of the Thruxton Easter Revival is that it recreates that glorious history in all its vibrancy. That’s what makes the event so special for all involved.

“They say variety is the spice of life, and at the Thruxton Easter Revival, it really is! There are so many spectacular racing cars across all the different classes, with multiple marques represented in each of them.

“Like Goodwood, Thruxton hasn’t really changed much since it first opened. It’s still the fastest track in Britain, it still separates the men from the boys and it still generates great racing – it has never been a place for the faint of heart! Every lap round Thruxton for me is great fun; its fast-and-flowing nature is a real hoot in my little Formula Ford!

“I achieved my first-ever race win at Thruxton back in 1972 and then won again last year, driving the same car – 42 years on! That must surely entitle me to some sort of ridiculous Guinness World Record or other…

“The ethos of the event is that it is for fun, but of course, once the helmet visor comes down, there is an element of seriousness that takes over because we’re all competitors at heart – so perhaps the best way to describe it would be ‘serious fun’! Don’t miss it!”

Qualifying will take place at 09:00 on Saturday, 4 April, with racing getting underway at 13:00. A more leisurely start on Sunday, 5 April sees qualifying at 10:45, followed by the races at 12:40. Advance tickets begin from just £10, and can be purchased at http://www.thruxtonracing.co.uk/racing/easter-revival or by calling 01264 882200 and selecting Option 1.