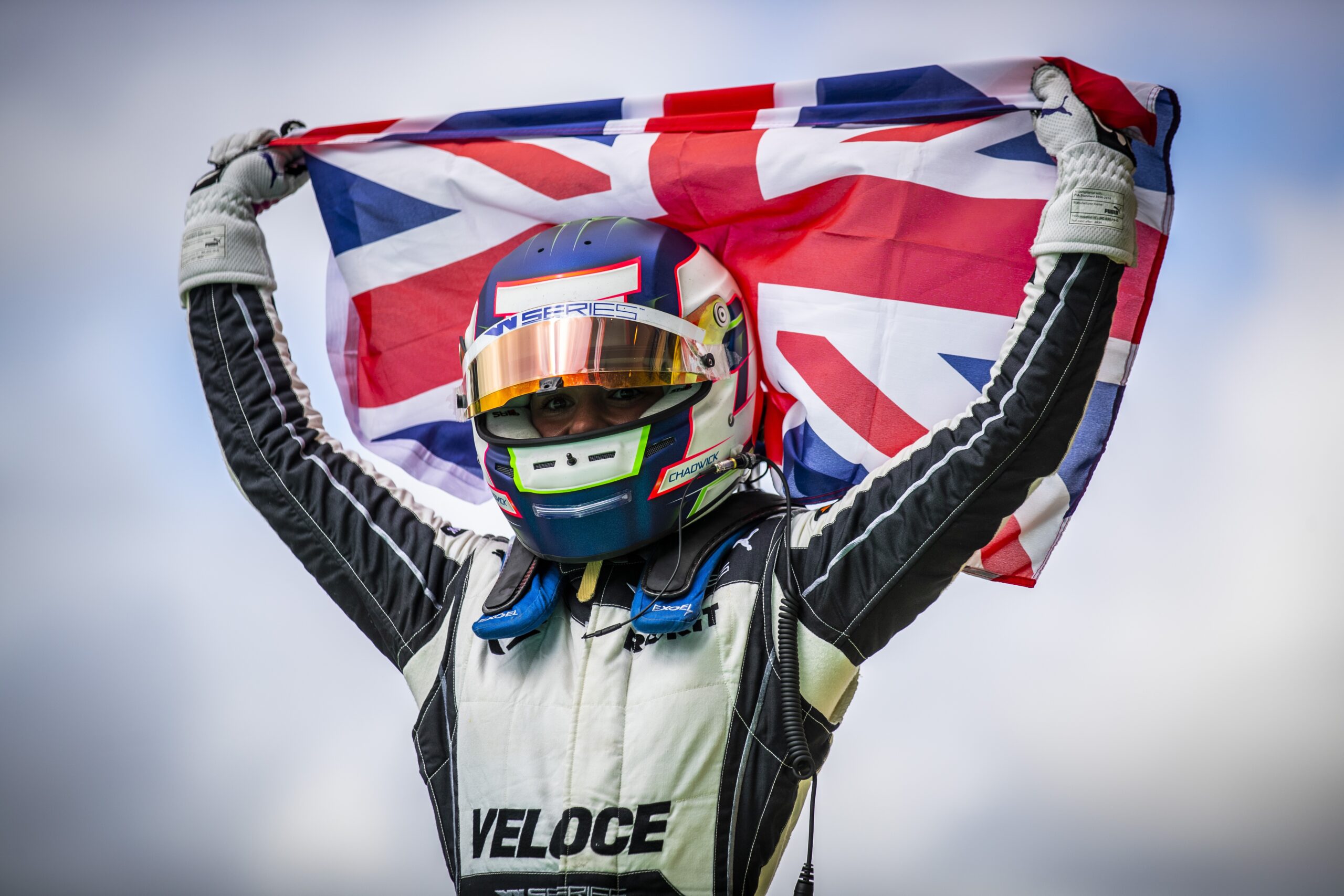 Less than 24 hours after a calm and calculated Round 7 victory for Jamie Chadwick, the 23-year-old backed it up with another spectacular drive to claim her second W Series title and be crowned the 2021 champion.

Chadwick has been unstoppable this weekend with the only blemish on a near-perfect scorecard being a second place on the grid for Race 1 on Saturday, which she swiftly rectified taking the lead from Turn 1 and duly converted into victory.

Today, however, there would be no such disputes into the first corner. The Bath-born ace got a dream getaway to convert pole into the lead with several car lengths to spare. Team-mate Tomaselli also enjoyed a superb launch to move up to 12th position.

Chadwick immediately opened a gap to the field and fended off the early advances of Abbi Pulling to masterfully control the race in its entirety, finishing five seconds clear of her nearest competitor at the flag. Tomaselli would cross the line in 11th after battling on the fringes of the points for much of the 30-minute contest.

With season-long rival Alice Powell languishing down in P6, a commanding Round 8 victory was enough to seal the title for Chadwick after a truly stellar W Series season.

Chadwick’s 2021 campaign was one of consistency, only failing to reach the podium on one occasion – the opening round of the season as a result of contact – from eight events.

Ultimately, four sensational victories at the Red Bull Ring, the Hungaroring and two this weekend at the Circuit of the Americas were enough to crown Chadwick the first two-time W Series champion.

Jamie Chadwick, W Series Driver, Veloce Racing commented: “This means so much. The stakes were so much higher than the first title in 2019 but to top this season off the way that we did, I’m just so happy.

“I’m so grateful to everyone at W Series, Veloce and Formula 1 for making this possible this year. It’s been an amazing year and I’m so happy to be finishing it on top.

“Alice [Powell] has pushed me all the way and with so few races in the championship, it’s really difficult to make the difference. It’s been really tough all year, I’d like to say a massive congratulations to Alice, she’s had a difficult event this weekend but she’s had a great year.

“I’m not sure what’s next for me yet but I’m going to make sure I enjoy this moment first and then go from there.”

“I’ve learned a lot in my first season in W Series with Veloce. The beginning of the season was a little bit better but then we don’t have a lot of time on the track and I didn’t know all of the circuits throughout the year so that was challenging at times but overall, I’ve really enjoyed my first year in the championship.”

Mariella Bailey, W Series Team Principal, Veloce Racing said: “What an incredible day for both Jamie [Chadwick] and the entire team at Veloce. We’ve secured our first championship in only our first year of competition and Jamie has become a two-time W Series champion – it doesn’t get much better than that!

“Jamie hasn’t put a foot wrong all weekend here in Austin, she knew what she needed to do and she delivered when it counted. It’s been great for her to have such a close battle with Alice this season and I think the fans have really enjoyed that. Bruna [Tomaselli] has also played a part in our first-ever championship and it’s been a pleasure to have her with Veloce.

“This is just the beginning for Veloce Racing, we’ve still got one race to go this year in Extreme E, I know the team will give it everything in the Jurassic X-Prix but beyond that, there is more to come from Veloce across the board as we continue to grow.”