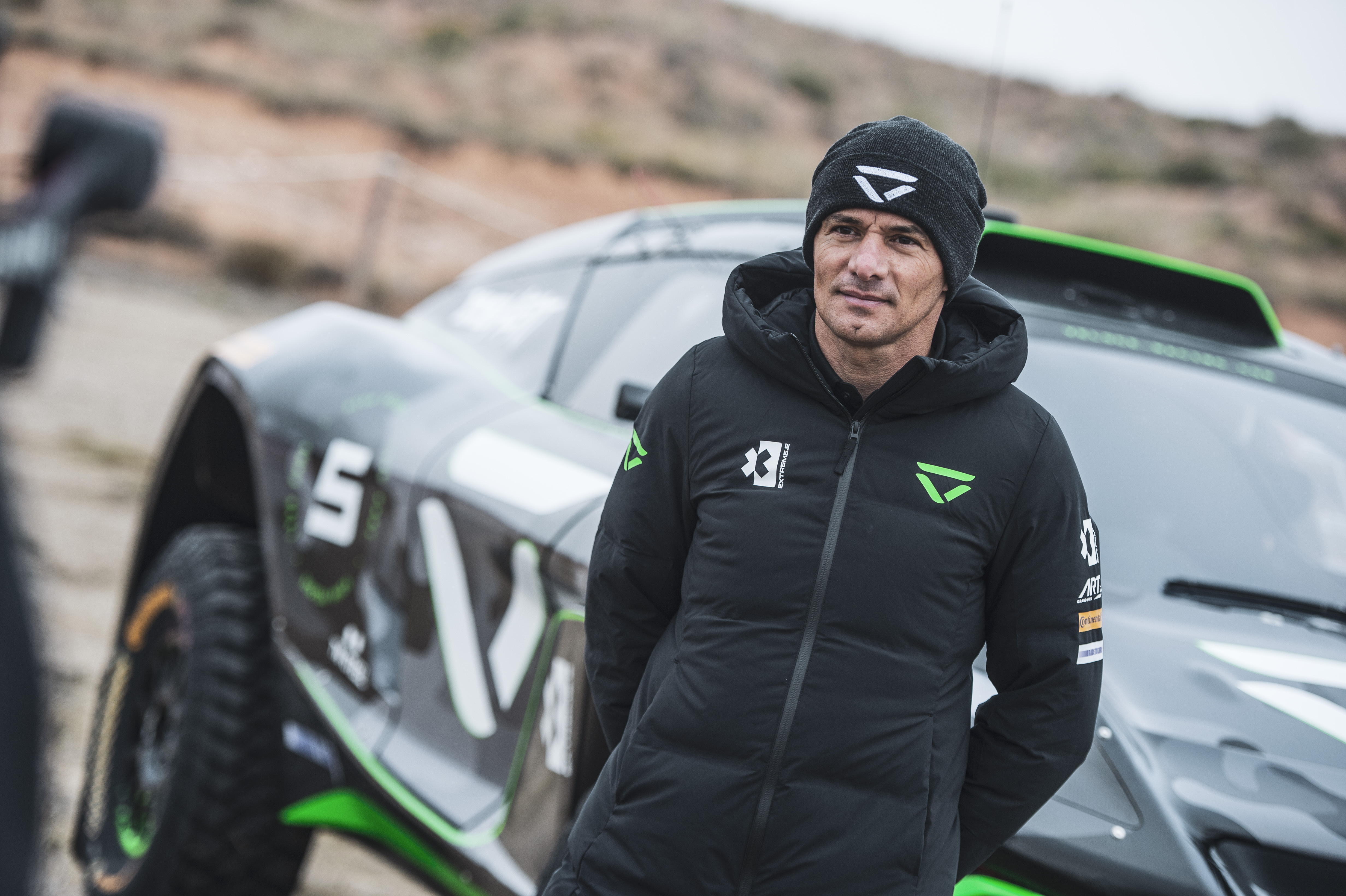 Sarrazin has enjoyed a long and diverse career in the sport, and arrives at Veloce boasting an impressive résumé. Whilst perhaps best-known for his sportscar racing exploits – with six podium finishes in the legendary Le Mans 24 Hours, two Le Mans Series titles and multiple victories in the FIA World Endurance Championship to his name – he has a versatile CV, which should serve him well in the pioneering new electric off-road racing series.

In 1999, Sarrazin contested the Brazilian Grand Prix and continued to carry out Formula 1 testing duties until the end of 2002. Four seasons in the FIA Formula E Championship yielded three rostrum visits and 21 points finishes, while in 2011 and 2012, he tested his mettle in Australia’s V8 Supercars Championship.

Since 2004, the Gard native has also made successful appearances in the FIA World Rally Championship, increasingly honing his off-road expertise. From 22 starts at the highest level, he has achieved ten points-scoring results – highlighted by a brace of fourth places – and in both Germany and France in 2005, he finished just one position behind Subaru World Rally Team stablemate and 2003 World Champion Petter Solberg.

Sarrazin’s first international rallying triumph came on the 2014 Tour de Corse – the finale of that year’s FIA European Rally Championship season – and from three Monte-Carlo Rally outings as part of the Intercontinental Rally Challenge, he has never finished lower than fourth, with a podium to his credit in 2009. That experience makes him well-equipped indeed to deal with the variety of surfaces and conditions competitors are likely to encounter in Extreme E.

Alejandro Agag, Founder and CEO of Extreme E, said: “A big welcome to Stéphane, who is a great driver signing for Veloce Racing. He brings with him a wealth of experience across a variety of motorsport disciplines and has some fantastic off-road capabilities that will serve him well on the different terrains of the five Extreme E races. I’m very much looking forward to seeing him, and his team-mate Jamie Chadwick, behind the wheel of the ODYSSEY 21 in the deserts of Saudi Arabia in April.”

Stéphane Sarrazin, Driver, Veloce Racing, said: “I am delighted to have agreed terms with Veloce Racing to contest the first season of Extreme E. This is a hugely appealing new series that has already attracted a lot of international attention – and all before the racing has even begun! As a driver, the concept is tremendously exciting and motivating – both on a competitive and personal level – and the challenge will be like no other.

“I’ve driven a lot of different types of car during my career, but the ODYSSEY 21 really is something special and it’s going to generate some incredible action. When we went testing together, it did not take me long to ‘click’ with the Veloce Racing guys – like me, they arrive in Extreme E with a lot of experience from different disciplines in the sport, and that can only be to our advantage over the forthcoming campaign. I can’t wait to go racing!”

Sarrazin and Chadwick will be supported throughout the forthcoming campaign by Lance Woolridge. The South African cross-country and off-road specialist who has established a fearsome reputation for his off-road endurance skills in his home country, joins the team as reserve and development driver.

Born into a motorsport family – his father Neil Woolridge is a multiple cross-country champion on both two wheels and four, and tackled the iconic Dakar Rally in 1998 and 1999 – Woolridge already has 12 seasons of competition under his belt at the age of just 29. Not only that, but he has been breaking records every step of the way, including becoming the youngest driver in South African history to win a national championship cross-country event.

One of the leading protagonists in the South African Cross Country Series (SACCS), he secured consecutive Class T championship crowns in 2018 and 2019.

Lance Woolridge, Reserve and Development Driver, Veloce Racing, said: “I’m thrilled to be joining Veloce Racing as reserve and development driver. Having tested the ODYSSEY 21 a couple of times now, I can vouch for the fact that it is a seriously impressive piece of kit and I’m confident that my background in cross-country rallying and with similar vehicles will enable me to offer valuable feedback to Stéphane, Jamie and the engineering crew. I’m looking forward to playing a key role behind-the-scenes to help give the whole Veloce Racing team the best possible chance of success.”

Ian Davies, Team Manager, Veloce Racing, said: “We are delighted to announce Stéphane as our male driver for the first season of Extreme E and to confirm Lance’s reserve and development role within the team. Both of them tested with us at MotorLand Aragón last month, and to be honest, they gave us a real headache in terms of who to choose. Since we didn’t want to lose either, in the end, we decided to sign them both.

“Both Stéphane and Lance worked extremely well with Jamie and Veloce’s engineering team at the test, and their different skillsets and experience complemented each other perfectly. Stéphane is very much an all-rounder – a master of endurance racing but also clearly extremely adept in sprint and off-road competition – while Lance is well-accustomed to vehicles like the ODYSSEY 21 from his cross-country racing and has a very well-developed mechanical understanding.

“Both guys were quick out-of-the-box in Spain, and we believe both will bring a great deal to Veloce Racing as we aim to hit the ground running in Saudi Arabia. We are confident that with Jamie and Stéphane driving and Lance working hard behind-the-scenes, we have a very strong team indeed.”

The 2021 Extreme E season will travel to five remote locations around the world, all of them damaged by climate change, as the series aims to shine a spotlight upon global environmental issues. The action will begin in AlUla, Saudi Arabia (3-4 April) before moving on to Dakar, Senegal (29-30 May), Kangerlussuaq, Greenland (28-29 August), Para, Brazil (23-24 October) and Tierra Del Fuego, Argentina (11-12 December).