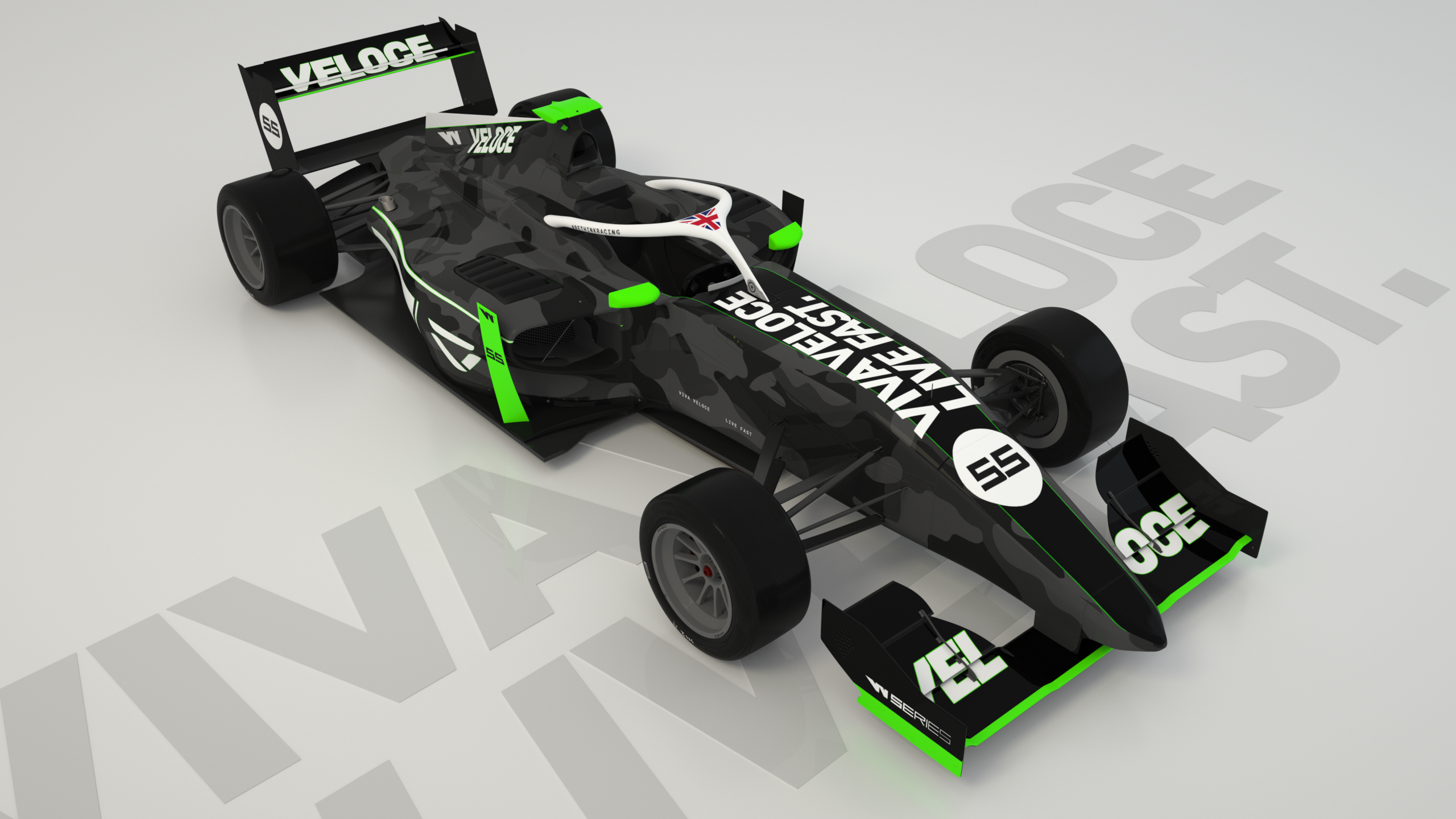 Veloce Racing has announced its entry into the 2021 W Series Championship ahead of the highly anticipated curtain-raiser this weekend (26 June) at the Red Bull Ring in Spielberg, Austria. Alongside its flourishing Extreme E outfit and market-leading esports ecosystem, the organisation has successfully secured a second real-world motorsport franchise in another innovative series.

Reigning W Series Champion Jamie Chadwick will also drive for the London-based organisation in W Series, having already competed for Veloce Racing in the opening two rounds of the all-electric off-road SUV championship in Saudi Arabia and Senegal, securing a second-place finish in the latter.

The 23-year-old Brit will be partnered by Brazilian ace Bruna Alberti Tomaselli, who has made waves in the southern and central American motorsport arena. Noteworthy performances include a win and a subsequent fourth place overall in Brazil’s Formula Junior Championship in 2014 while she more recently recorded victories in one of the country’s leading GT series, Imperio Endurance Brasil.

Veloce joins the championship at an intriguing time. W series has assigned this season as a transitional period, while they make the necessary changes both on and off-track before making the switch to a fully team-based series in 2022.

Rupert Svendsen-Cook, Team Principal, Veloce Racing commented: “We’re delighted to be taking the next step on the Veloce journey and announcing our entry into the 2021 season of W Series. As a competition that showcases the very best female racers and consistently delivers top quality action, it is the perfect platform for Veloce as an organisation.

“Veloce has a passion for pushing boundaries, demonstrated by our thriving esports setup and pioneering Extreme E team, and entering the W Series is another significant step in marking us out as a forward-thinking, disruptive presence in the motorsport arena.

“I’ve worked with Jamie for many years now; she is our lead female in the Veloce Extreme E team and of course the reigning W Series Champion. Although still early in her career, she possesses a wealth of talent and when paired with Bruna Alberti Tomaselli the two will be an incredible force carrying the Veloce banner.”

Jamie Chadwick, Driver, Veloce Racing commented: “What amazing timing for us to make this announcement. Fresh off the back of our Senegal podium, it’s great to be able to sign for Veloce in W Series as well and keep things consistent with the team despite racing in two different championships.

“I’ve been working with Veloce and Rupert for a long time so I’m really looking forward to being able to carry our momentum from Extreme E into another series that I’m really passionate about. I’m also really excited to be working with Bruna. She obviously hasn’t raced in W Series before so can bring a fresh perspective to the team which will be really useful.

“Obviously I’d love to successfully defend my title but there’s a lot of really talented women on this grid so I know it won’t be easy. Of course, I’ll be giving it everything and be gunning for glory but it’s important to take each race as it comes and not get ahead of ourselves.”

Bruna Alberti Tomaselli, Driver, Veloce Racing commented: “Veloce is such a new and exciting team, I can’t wait to get started! The team may still be young, but they clearly have an excellent approach to racing and I think the importance of esports can’t be underestimated in the modern motorsport world.

“It’s going to be brilliant to drive with Jamie in my first season. As the first-ever W Series Champion, she’s clearly a very fast driver and it will be great to work with her and learn all I can.

“As there has been a year off from the championship, I think that will help me in adapting to the cars and the series. It isn’t as fresh in everyone’s mind as if they had been racing last year, so I’m hoping I’ll be able to get up to speed early in the season.”

The squad’s entry into the all-female single-seater category aligns perfectly with its gender equality ethos and was therefore a natural path of progression for Veloce and the next step on its journey into disruptive areas of the motorsport industry.

W Series is a gateway to inspire millions of young women around the world, not just in motorsport but in any industry where females are under-represented and where opportunities need to be more readily available.

Running in parallel to Veloce’s carbon offset efforts in Extreme E, the team will be working with carbon offset partner ALLCOT Group to measure, mitigate where possible, and offset their carbon footprint across the W Series season.

W Series gets underway this weekend at the Red Bull Ring in Austria (26 June), swiftly followed by round two at the same venue the following weekend (3 July). The championship fraternity then heads to Veloce’s home race of Silverstone two weeks later (17 July).