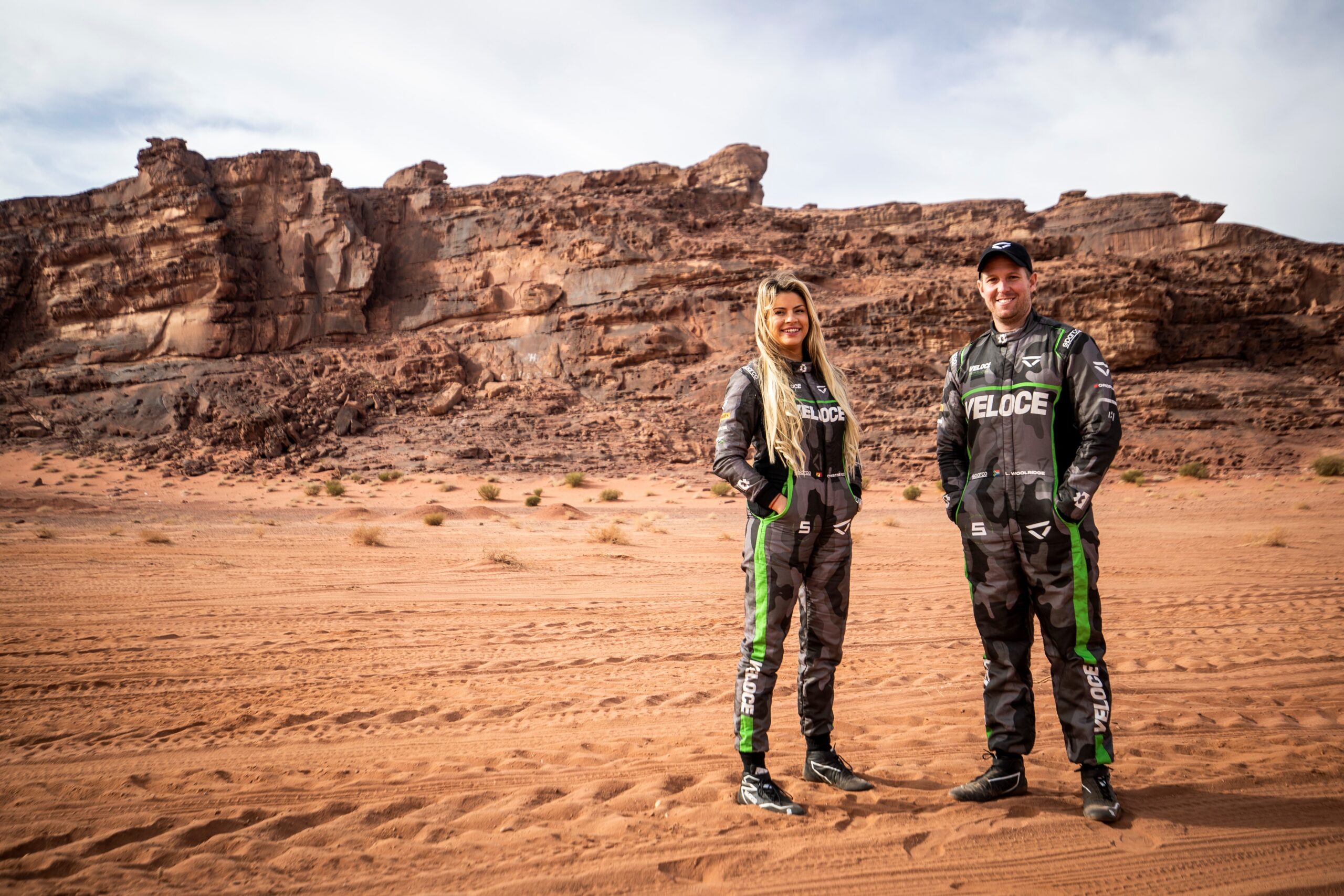 The second season of Extreme E gets underway in Neom, Saudi Arabia, this weekend (19-20 February) with Veloce Racing primed and ready for action in the off-road all-electric racing series.

Christine GZ and Lance Woolridge have been signed to race for the team in 2022 and both are targeting a solid performance at the Desert X Prix curtain-raiser, having successfully completed a pre-season training programme in Dubai last week.

Woolridge – the team’s Reserve and Development Driver in 2021 – embarks on his first full XE campaign after making his debut at the inaugural season’s final event in Dorset, UK, back in December, where an impressive recovery drive secured him a full-time seat for one of the most revolutionary motorsport teams in the industry.

The 30-year-old boasts a wealth of off-road experience having claimed the South African Cross Country Series title in both 2018 and 2019.

28-year-old GZ has also enjoyed plenty of off-road racing in her fledgling career so far, having contested the inaugural Extreme E season, as well as a number of other rally, Baja and rallycross events.

The Desert X Prix brings together ten of the world’s finest off-road racing teams and one of the most competitive driver line-ups on the planet as the cars and stars go bumper-to-bumper across the sand dunes of Saudi Arabia this weekend.

A stellar second-place finish in Senegal was the standout result for Veloce Racing in the first-ever season of Extreme E, with the London-based squad now looking to build on a strong 2021 campaign and consistently fight at the front this year.

“It has been a relatively quick turnaround since the 2021 season finale in the UK, where I made my debut with the team, and I believe we will take a lot of that experience into this new campaign.

“As racing drivers both Christine and I want to win and get podiums of course, but it’s important we make a solid points-scoring start with this new partnership and that has to be our target this weekend.”

Christine GZ, Driver, Veloce Racing commented: “I am so grateful to everyone at Veloce Racing for giving me this opportunity and now we can’t wait to get things started.

“Pre-season preparations in Dubai went extremely well and everyone in the team has done an amazing job to ensure we are completely ready for action. Lance and I are working well together too, and I am sure we are only going to get better as the season develops.

“Finally, the waiting is nearly over and we can get the 2022 Extreme E season underway and we will be doing all we can to bring success to Veloce Racing.”

Rupert Svendsen-Cook, Co-Founder & CEO Veloce Group added: “It’s been a very short off season – although we’ve done all we can to maximise the time away to ensure we come back as best prepared as we can for Season 2.

“Christine and Lance have already built up a great working relationship, and we’re excited to see what the season holds for us in 2022.

“We have ambitious targets as an organisation, not just in Extreme E – so this weekend is an opportunity for us to put our best foot forward towards achieving our goals.”