By Emma Illman26th May 2021Uncategorised 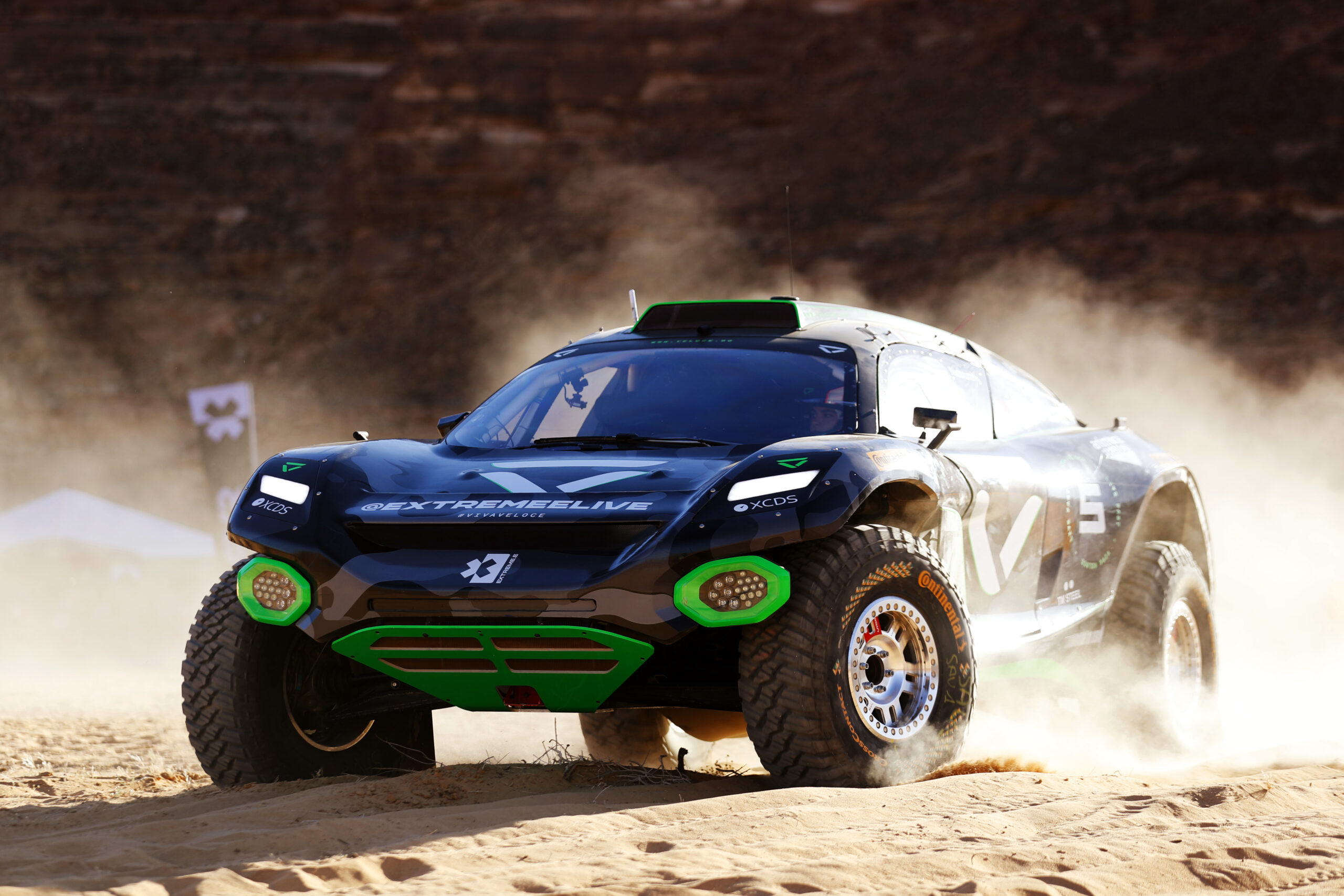 Veloce Racing is ready to get back on track this weekend (29-30 May) at the scene of the second event on Extreme E’s inaugural calendar – the Ocean X Prix – featuring yet another breathtaking landscape, this time in Lac Rose, Dakar, Senegal.

The opening round of the series was one to forget for fledgling outfit Veloce Racing, with its drivers – 2019 W Series Champion Jamie Chadwick and two-time Le Mans Series Champion Stéphane Sarrazin – having completed just one lap each in the exploratory Friday shakedown session before a spectacular barrel roll early in Sarrazin’s Q1 run forced the team to withdraw from the remainder of the competition.

Prior to the incident, the Frenchman was on course to match the pace of his adversaries during the opening stages of the lap, meaning the team carries plenty of optimism into the next round of the championship.

Thankfully, Sarrazin emerged from the incident unscathed but Chadwick was left stranded at Extreme E’s Desert X Prix Command Centre, missing the opportunity to log valuable time inside the cockpit of the all-electric ODYSSEY 21 SUV.

However, the format of the Extreme E calendar is more forgiving than other motorsport series with the unique characteristics of each location meaning many drivers will approach the upcoming events with a relatively similar lack of experience – meaning Chadwick won’t be playing catch-up for long.

Veloce Racing’s ODYSSEY 21, meanwhile, required an extensive rebuild post-Saudi Arabia. Following a thorough investigation by the team, it was revealed that a significant refit was required owing to a damaged roll cage and suspension.

A small team of mechanics from Competition Partner ART GP and Veloce Racing Team Manager Ian Davies will complete an estimated 75-100 hours of labour in Senegal to ensure the SUV is race-ready.

These repairs have sparked an unlikely collaboration between two Extreme E teams, as the ABT CUPRA XE car is also undergoing reconstruction in the build-up to the race. With some parts common across all Extreme E vehicles, Veloce Racing are working together with the German-Spanish outfit to share some of the workload required on both cars and minimise the environmental impact of both rebuilds.

With no spectators permitted on-site in Senegal – in-keeping with Extreme E’s sustainable ethos and commitment to minimise its carbon footprint – the racing will be broadcast all around the world on a variety of networks, including ITV, the BBC Sport website and Red Button application, Sky Sports and BT Sport in the UK, plus the championship’s official website.

The action will begin with the qualifying rounds from 11.30am local time (12.30pm BST) on Saturday, 29 May, with the semi-finals and final taking place from 10am local time (11am BST) the following day.

“I feel like I have the same level of excitement for this race as I did for the Desert X Prix in Saudi Arabia. Obviously, I only got the one lap in during the shakedown session so that just gave me a little taste of what Extreme E is really like – and it was amazing! This weekend, I want more of that feeling and to really get my teeth into this series.

“I think in other championships my lack of track time would really hurt the team in this next race, but because each location is so different to anything the drivers have done before, I don’t think we’ll be at a huge disadvantage.

“The only goal I have this weekend is just to get some solid points on the board. You have some bumps in the road and difficult rounds every year so hopefully we got ours out of the way early on.”

“I can’t wait to be back in the Extreme E paddock. It’s so different to anything I’ve experienced before, and it’s fantastic! We had a difficult start to our season, but I think that has made us more determined than ever to deliver results.

“The other teams have a head start on us in the championship, but everyone will probably have issues at some point so it’s definitely not over yet! The pace we had looked promising, so I think we have a lot to be positive about this weekend.

“I’m also really looking forward to being involved with the Legacy Programmes again in Senegal, this is one of the things that sets Extreme E apart from any other sporting series – helping local communities and creating a positive and lasting impact.”

“I’m really excited to see what the team can achieve at the Ocean X Prix. Obviously, we didn’t have the opportunity to show what we’re really capable of in Saudi Arabia, but I think it looked promising before Stéphane’s roll. The team are going to come back fighting, I know that much!

“I have seen plenty of set-backs throughout my career, and the team has reacted to adversity in exactly the right way. It takes hard work and dedication to recover from an incident like we experienced at the Desert X Prix, and both the drivers and the team are working flat out to be as prepared as possible for this weekend. I know that there is still a lot of work going on in Senegal to get the car ready, and don’t underestimate how much that will motivate our drivers.

“As far as the location goes, this is going to be a really interesting one (as they all are!). It looks like the terrain is going to be similar to Saudi Arabia but the course will be totally different and pose entirely new challenges for even the most experienced drivers!”